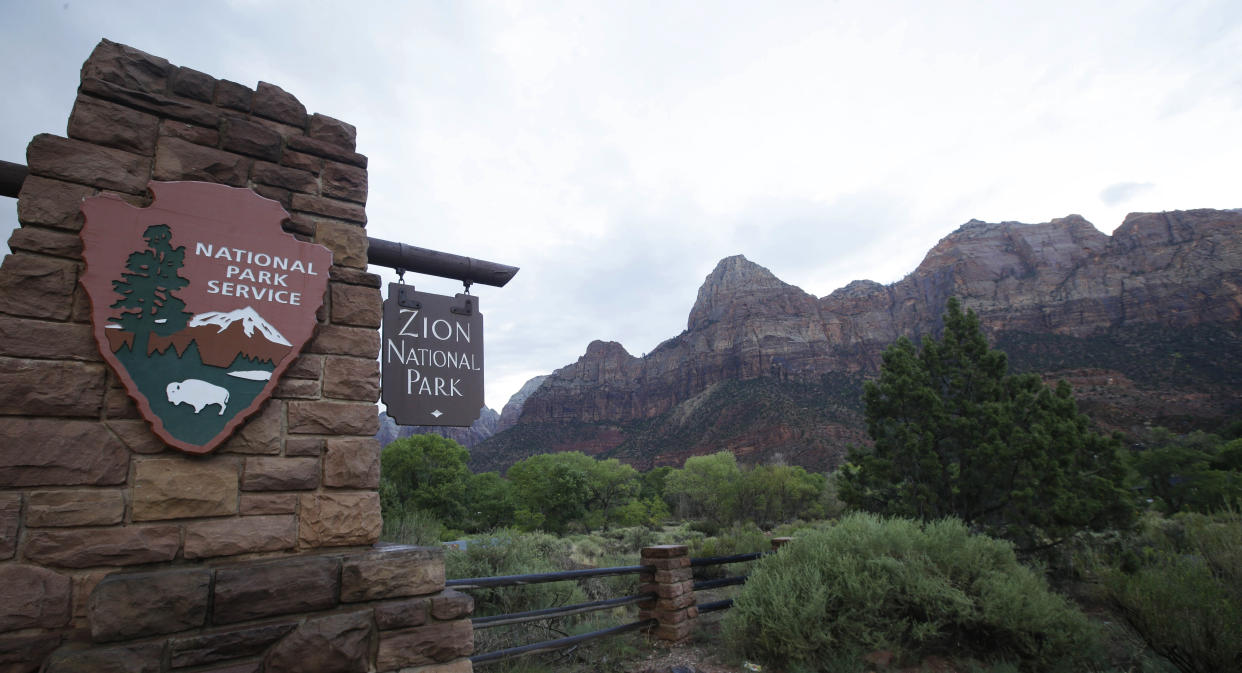 A hiker was found dead on a Zion National Park trail in Utah after her husband went to get help amid freezing temperatures, park officials said Thursday.

The 31-year-old woman, who was not publicly identified, set out Tuesday with her 33-year-old husband on a permitted, 16-mile overnight hike along the park's Narrows, the National Park Service said in a statement.

The hikers were slowed by the cold weather, officials said.

On Wednesday morning, members of the Zion National Park Search and Rescue Team found the woman near the Virgin River, the service said.

Fellow hikers had attempted CPR, the National Park Service said in the statement.

Her husband arrived to his destination, Riverside Walk, and was taken to the park's emergency operations center for treatment, the service said. His condition was unavailable.

More than 20 rescuers were assigned to help the pair, park officials said.

The couple's journey, which started Tuesday, included hiking along the Narrows, a 20- to 30-foot-wide trail lined by thousand-foot sandstone walls and centered by a river known to overflow, they said.

"The man reported they became dangerously cold overnight and experienced symptoms consistent with hypothermia," the National Park Service said in the statement.

The husband continued down the trail to seek help at the popular Riverside Walk, officials said.

At that point, the pair was about 1.5 miles from that main passageway, which is paved and has facilities. It wasn't clear if the couple knew they were so close to the passageway. Low temperatures in the park this week neared 30 degrees — below freezing — despite sunny days with highs in the mid-60s, according to the National Weather Service.

In late August, multiple hikers on the Narrows were swept off their feet by flash flooding. Hiker Jetal Agnihotri, 29, was found dead in the Virgin River three days later.

The park, famed for its natural, geologic sculpture in the high desert, occupies 148,016 acres in southwest Utah.