The boy sat at a piano in London St Pancras station and began playing a complex tune, inducing spontaneous applause from passers by who stopped to listen. 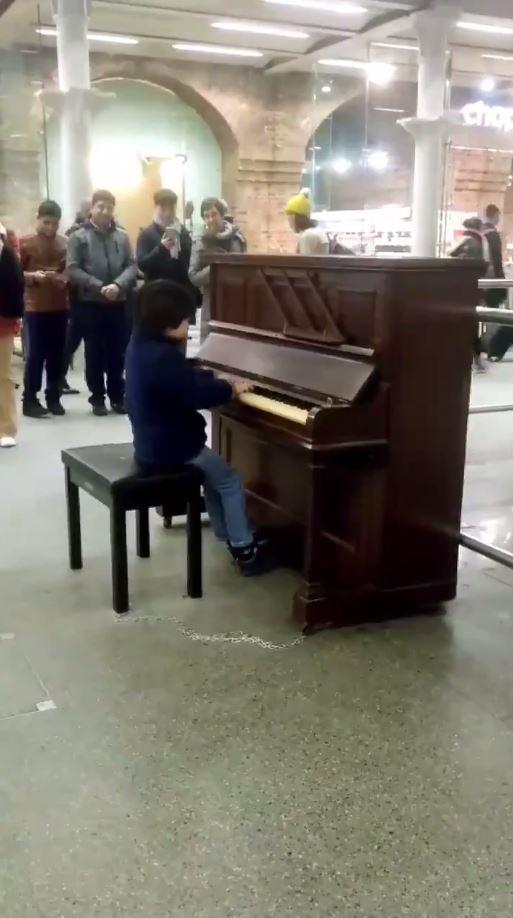 In a video of the musical performance the boy can be seen losing himself in song before standing up to face the crowd gathered around him, looking bemused.

Organist Gwen Mtambirwa, who witnessed the event, said the boy was 10-11 years old at most, "possibly a bit younger".

She said: "Certainly when he turned round and smiled at his dad he didn't look that old."

Gwen posted a video of the talent to Twitter with the caption: "Just occasionally some utter joy happens on the pianos at St Pancras…"

It gave me goosebumps

At St Pancras train station in North London there is always a piano which the public are welcome to play.

Gwen added: "I heard him finish off another piece as I walked through to get my train, but he'd jumped off and run back to his parents he ran back to the piano – so I stopped and listened – he (unsurprisingly) drew quite a crowd.

Other Twitter users replied to Gwen's tweet to express their joy at hearing such a talented young musician.

Helen Brough wrote: "There are some piano players that are really quite brilliant …it certainly changes your mood instantly".

And Jeremiah Gooner said: "What a talent, he can barely touch the pedals, superb."

Meanwhile others commented on the unrealistic expectation for other kids to match his talent.

Peter Chingaipe wrote: "The guy with the kid on his shoulders took one quick look and swiftly moved along. Good idea that, no need to raise ridiculous expectations on the boy at an early age."

And another wrote: "Poor kid. Bet his parents are a nightmare". 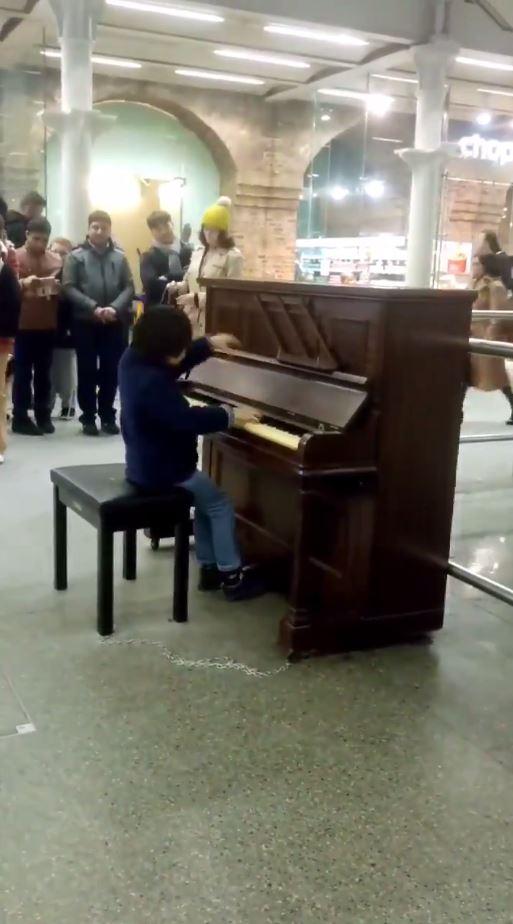 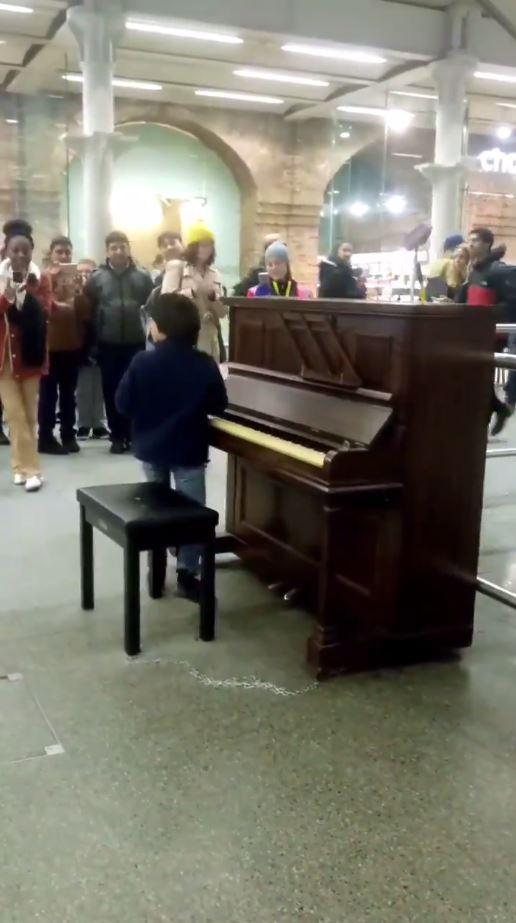