The Russian ship, Viktor Leonov, is engaged in unsafe activities near a U.S. nuclear missile submarine base. The surveillance ship has been sailing off the coast of South Carolina for a few days with no lights and is not responding to commercial vessels trying to avoid collisions. On Sunday, the Coast Guard in Charleston, SC issued a maritime safety information bulletin about the Leonov, described as a Russian AGI, or auxiliary general intelligence ship.

The notice said: “The United States Coast Guard has received reports indicating that the RFN Viktor Leonov (AGI-175) has been operating in an unsafe manner off the coast of South Carolina and Georgia.

“This unsafe operation includes not energizing running lights while in reduced visibility conditions, not responding to hails by commercial vessels attempting to coordinate safe passage and other erratic movements.”

The notice advised all vessels to “maintain a sharp lookout and use extreme caution when navigating in proximity to this vessel.”

The Viktor Leonov, which has operated in the region for years, is believed to be spying on undersea Internet cables in addition to U.S. military bases. 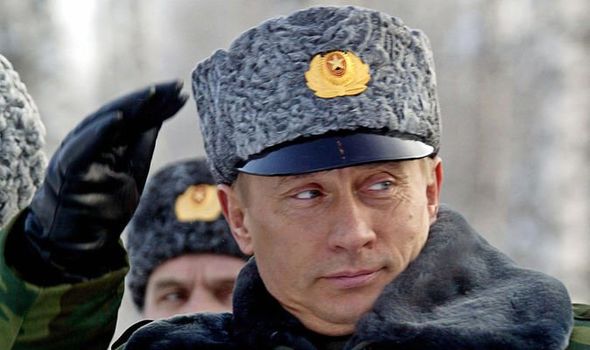 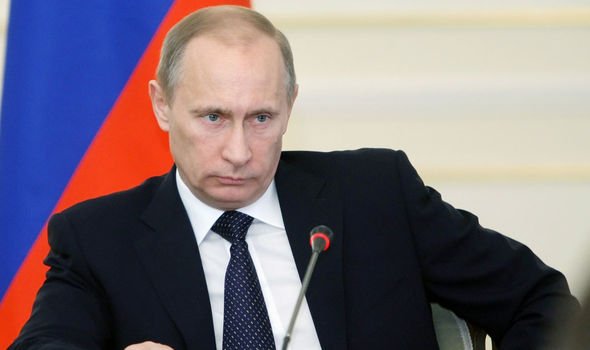 These cables, which are called Submarine Communications Cables, crisscross the world’s oceans and carry not only Internet traffic but also military communications.

US military experts suspect that the Russians are placing listening devices on these undersea communications.

The Viktor Leonov is not the only Russian spy-ship which has been operating in waters close to the United States.

JUST IN: Putin snub: How Merkel silenced with Russian leader with brutal jibe 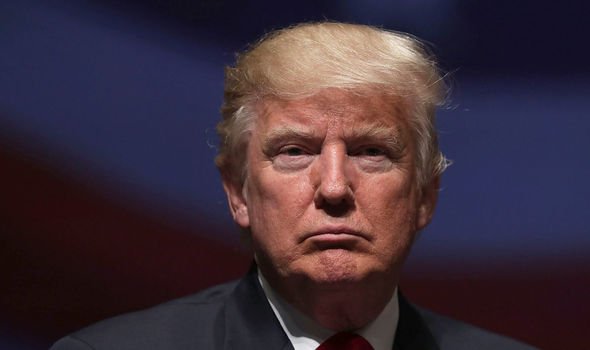 In November the controversial Russian Navy ship the Yantar suddenly turned up in the Caribbean, off the coast of Trinidad and Tobago.

Commissioned in 2015, the ship is bristling with surveillance equipment, and is the mother ship for manned and unmanned deep-sea submersibles.

The ship set sale from Russia’s secretive submarine base in the Russian Arctic, Olenya Guba back in October.

Ostensibly an oceanographic research vessel, the ship inexplicably turned off her Automated Identification System for most of her journey. 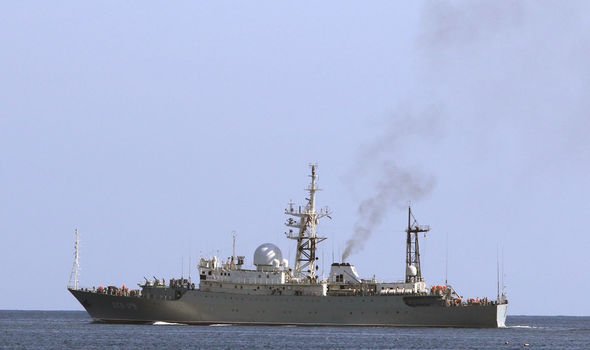 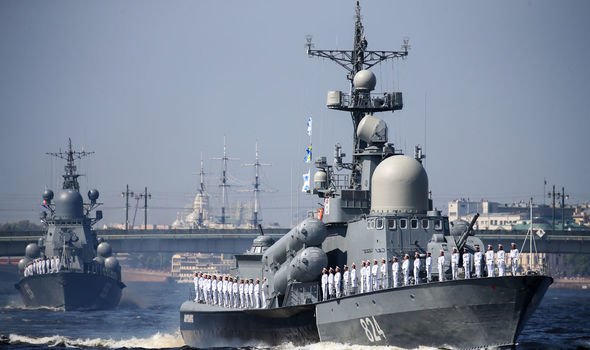 Open source data has revealed that the Yantar has on previous voyages conducted searches near Internet cables in the Mediterranean and Persian Gulf.

Although there is no conclusive proof of Russia’s intentions, military experts worry that ships like the Yantar could cause severe disruption by cutting these vital communication networks.

In December 2017, the chief of the UK defence staff, Air Chief Marshal Sir Stuart Peach, said such a strike against internet and other communications cables could be “catastrophic”.

Igor Sutyagin, a London-based expert on the Russian military, told the BBC that the Yantar was more than capable of tampering with them.

He said: “ “It’s difficult to tap into optical fibres – it’s just light inside, not electrical data.

“It would be easier just to cut the cable.” 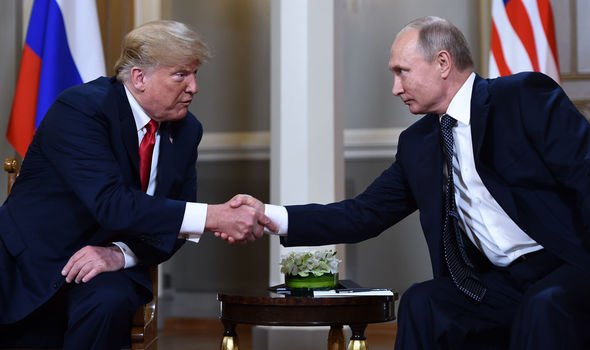 He said: “We’ve allowed this vital infrastructure to grow increasingly vulnerable and this should worry us all.”

Any attempt to cut the cables would lead to untold economic chaos, as much of international trading and financial transactions are managed across sub-sea cables.