A WOMAN was raped in bushes by a stranger she met at a bus stop.

Police have now released a CCTV image of a man they want to speak to in relation to the incident. 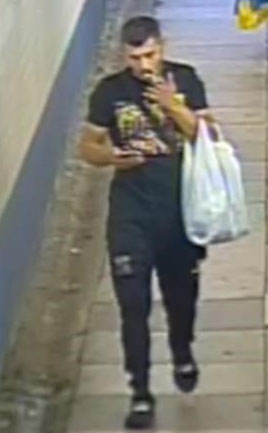 The incident happened in bushes near the Gulf petrol station off Horton Road in Gloucester between 8pm and 8.40pm.

A police spokesman said: “A man had met the victim at the bus station before they walked to the Horton Road area, where he raped her and fled.

“The man is described as white or of mixed race, wearing a black t-shirt with yellow motif, black joggers and black Adidas sliders. He was carrying a black 'man bag' and white carrier bag.

“If you can help please contact police. You can call 999 if you see the man or know his current whereabouts, or if you have information that could help you can fill in an online form at https://www.gloucestershire.police.uk/contact/af/contact-us/us/a-crime-that-has-already-been-reported/. Quote incident 512 of 26 August.”