The lone passenger was waiting for a train when she challenged the group of 15 youths at Mossley railway station in Tameside, Greater Manchester. 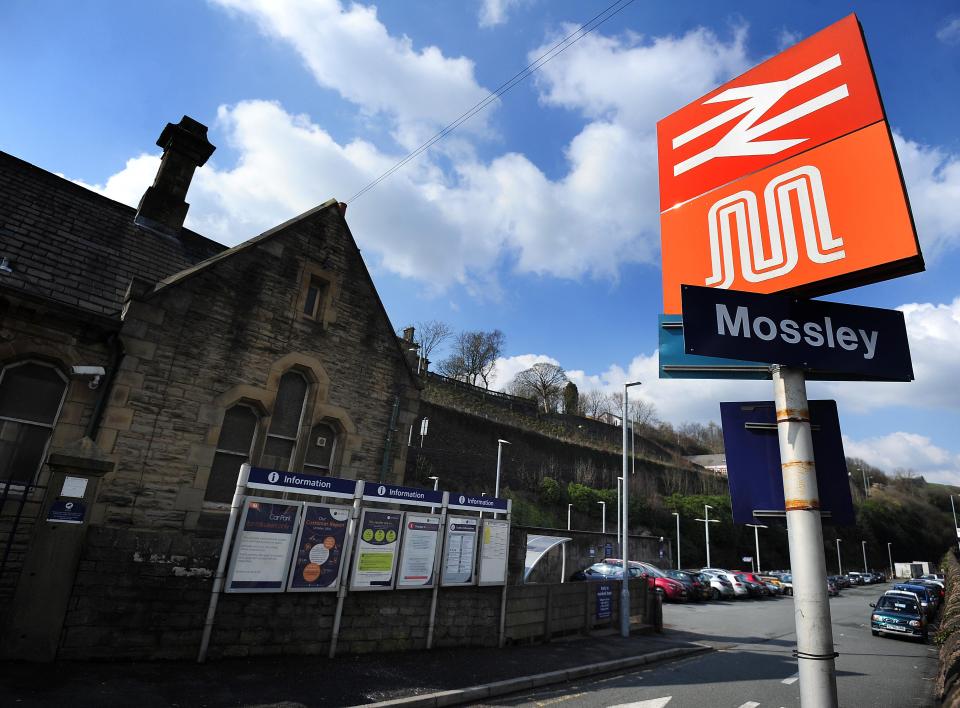 The gang responded by punching the lone woman, who fell unconscious on the platform.

Paramedics treated her at the scene and she was taken to hospital for further check-ups, but escaped with only minor injuries.

British Transport Police are now appealing for information after the attack at 8.40pm on Saturday night.

In a statement on Twitter they said: “Officers were tonight called to Mossley station following a report of 15 youths causing a disturbance.

“A lone female passenger challenged this group and as a result was punched to the face, knocking her unconscious. Did you witness anything?”

A spokesman added: “We have got enquiries ongoing to determine offenders.

“We were called at 8.40pm to Mossley station after reports of a group of youths causing a disturbance. A woman aged in her thirties was assaulted during this disturbance.

“She was treated by paramedics and taken to hospital for further assessment. Her injuries are not believed to be serious at this time.

“Officers spoke with a number of youths at the scene and their details were taken. No arrests were made."

Enquiries continue and anyone who was at the station and saw what happened is asked to contact British Transport Police.