A WOMAN died after her car hit a central reservation before crashing into another car in a horror motorway smash.

The 35-year-old was driving in an Audi on the M62 between Rainhill Stoops and Burtonwood in Merseyside when she crashed into the barrier. 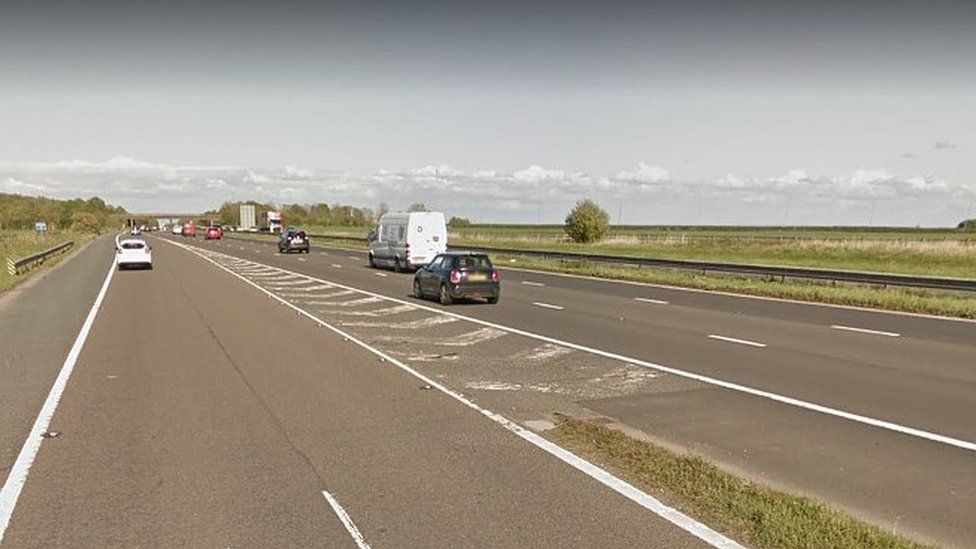 She then subsequently hit a BMW during the smash at around 11.35pm yesterday.

Tragically she couldn't be saved and was declared dead at the scene.

It is not clear if anyone in the BMW she hit was injured.

Police say the woman's next of kin have been informed and are being supported by specialist officers.

They are now appealing for witnesses or anyone with dasham footage to come forward following the horror.

Sgt Ian Laycock, from the Roads Policing Unit, said: "An investigation is ongoing after a woman sadly died following a collision on the M62 last night.

"We would ask any drivers in the area who witnessed the collision, or who may have dashcam footage of the incident, to come forward. Any footage, or information, could be vital in establishing what happened.

"The Manchester bound carriageway of the M62 has been closed following the incident to allow investigations to take place and is expected to be closed for some considerable time.

"Drivers are asked to use alternative routes and an update will be sent out once the motorway has reopened. Traffic and travel bulletins on local radio stations will also be kept up-to-date with the status of the closure."