Jamie-Rae Robertson, 27, says she knew instantly the man she was being introduced to was the love of her life – but there was a slight problem, that man happened to be her boyfriend’s father. 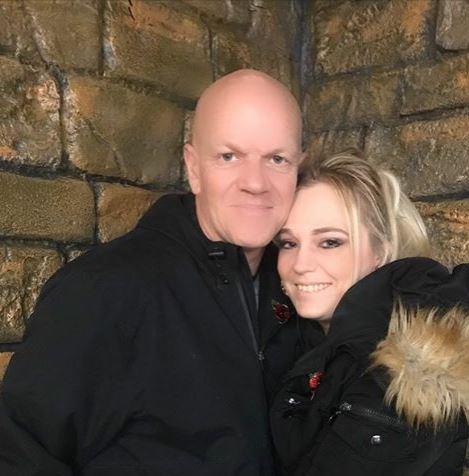 Over four years ago, Jamie-Rae’s then boyfriend had invited her round for Sunday dinner to meet his family, she instantly discovered she only had eyes for her boyfriend’s dad, Andy Pinder, 49.

She told the Mirror: “Andy’s son was a great bloke, but it wasn’t meant to be. Andy was with someone else and I was with his son, but I just knew he was the one.”

Andy was having the same feelings but neither acted on them because of the situation.

He said: “It was totally taboo and too complicated and I tried to keep it on a friends-only basis.

“But in the end we couldn’t deny how we felt.”

While Jamie-Rae was dating Andy’s 26-year-old son, who does not want to be named, Andy himself was also in a relationship.

In the end Jamie-Rae couldn’t fight her feelings any longer and decided to ditch her boyfriend and tell his father how she felt.

While the boyfriend was nursing his wounds, Jamie-Rae contacted Andy via Facebook but didn’t initially tell him she was in love with him but the two kept up a friendly relationship on the social networking site, exchanging the odd message about what they were up to.

In the end we couldn’t deny how we felt

For Jamie-Rae things with Andy seemed to be going nowhere and ended up having an affair with an ex and fell pregnant with her daughter Maisie, now three years old.

By the time Maisie was born, Andy had split up with his partner and Jamie-Rae finally blurted out how she felt about him over a cuppa.

Andy says her declaration of love came as no surprise to him but he held himself back, fearing how his son would react which could cause a split in the family.

But neither could hold things together for too long and one night after meeting for a drink they ended up in bed.

After a few days they decided to tell their respective families, with Andy dreading the worst from his son.

But luckily the son, who by then had a new girlfriend, supported the pair as well as Andy’s two grown-up daughters and 17-year-old son.

But the couple got a frostier reception from wider family as well as some friends who thought it was “out of order”.

Jamie-Rae now have a daughter, Maddy, of their own who was born in November 2016 and now the pair are set to wed next July, with both Maddy and Maisie as bridesmaids.

Despite there being a happy ending for all, Jamie-Rae still worries about what some people might think, adding she hoped people didn’t judge them as they were meant to be together.