Taking to Twitter, the President-elect told users there was “no time to waste”, accompanying his tweet with a chilling video packed with scenes of natural disasters.

“But we can still turn this around, led by facts and Science.”

The clip went on to suggest investing in comunities most affected by climate change.

Biden’s account captioned the clip: “We have no time to waste to confront the climate crisis, protect our air and water, and deliver justice to communities that have long shouldered the burdens of environmental harms. 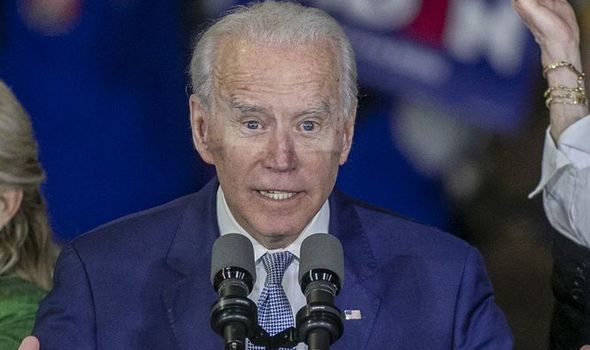 “Together, on behalf of all Americans, this team will meet this moment with the urgency it demands.”

However, not all users were on board with the message.

One user called the President-elect “fearmongering”.

The tweet read: “Could you fearmonger more? The answer is no… no you can’t.” 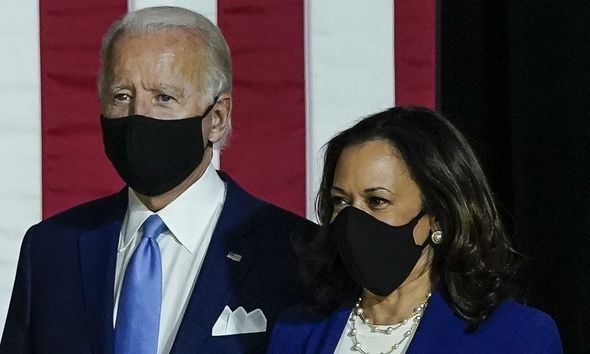 Others appeared skeptical of the message.

“God’s got this Biden… leave us alone.” replied a third.

Another user tweeted: “Sure, after how many million, if not billion years, now is the time it’s all going to end.

Others said the timing of the message was wrong with the US suffering the devastating affects of the coronavirus pandemic. 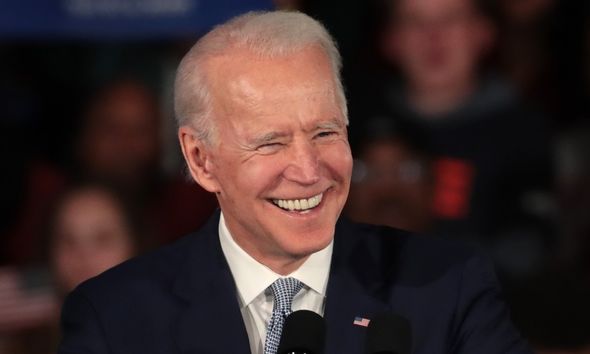 Another said: “Joe- it’s a worthy cause but it misses the mark.

“At present time, Americans are dying of Covid and are jobless; Struggling to put food on the table and pay rent.

“We need real leadership and we need it badly.”

However, others supported the cause, with one tweeting: “This is the message all the world was waiting for.”

Among his many campaign pledges was a promise to rejoin the Paris Agreement, from which Mr Trump withdrew last November.

The Democrat has also proposed shifting America towards carbon-free electricity by 2035, followed by net-zero emissions by 2050.

Mr Biden has also proposed an ambitious plan to spend a staggering £1.5trillion ($2trillion) over four years to upgrade buildings by making them more energy efficient. 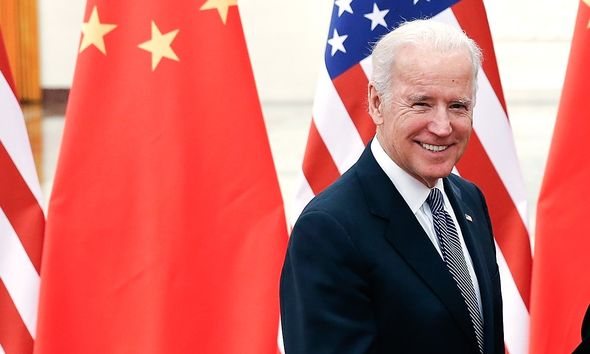 Combined, estimates show the plans could help the US lower global warming by up to 0.1C.

According to Marco Tedesco, a research professor at Columbia University’s Lamont-Doherty Earth Observatory, this will be a significant step forward for climate change but more work will still need to be done from the US and its partners.

Professor Tedesco wrote on Columbia’s State of the Planet blog: “‘From words to deeds’ could and should be Joe Biden’s slogan for climate.

“Now that the United States, and the world with them, have (at least temporarily) averted the danger of a presidency that would have brought our planet to its knees, it is time to look forward and take action.

A veteran was shocked to read his own obituary in a forces' newsletter. Col. Ron Back channeled Mark Twain after the mishap in the Airborne…