Wimbledon faces a first-week washout as torrential downpours are set to batter the UK causing travel chaos and flooding across the country.

The Met Office has issued a yellow weather warning for large parts of the south of England that are at risk of thundery storms in the coming week.

The warning, which means ‘be prepared’, will come into effect tonight as the Met Office has said ‘scattered torrential thundery downpours may bring some impacts, such as flooded roads’.

Tennis stars face rain breaks with two inches of rain in the south east this week, three inches in the south west and an inch in the Midlands. Meanwhile the north is expected to remain dry.

Wimbledon officials are preparing for the return of the tennis tournament and getting ready to welcome an influx of eager fans from Monday. 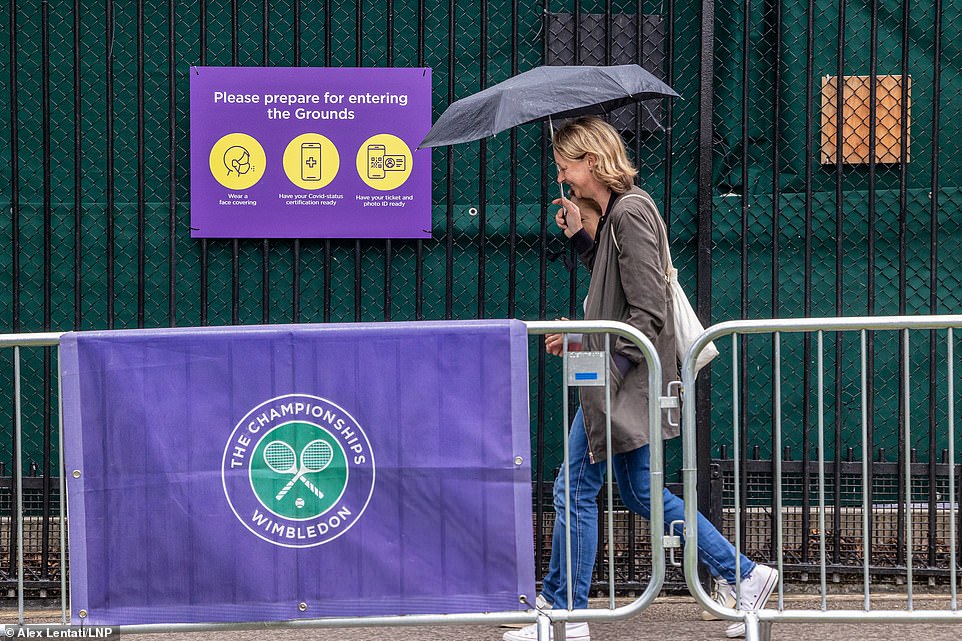 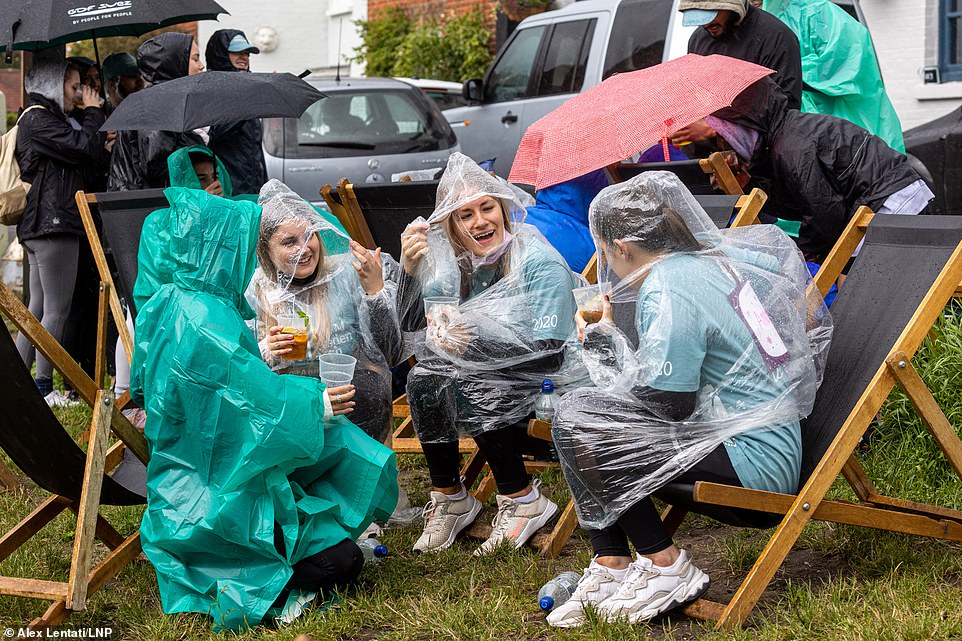 Pictured: Walkers doing 15 mile Marsden March get caught in the rain while stopping for a pint at a Pub in Wimbledon Village 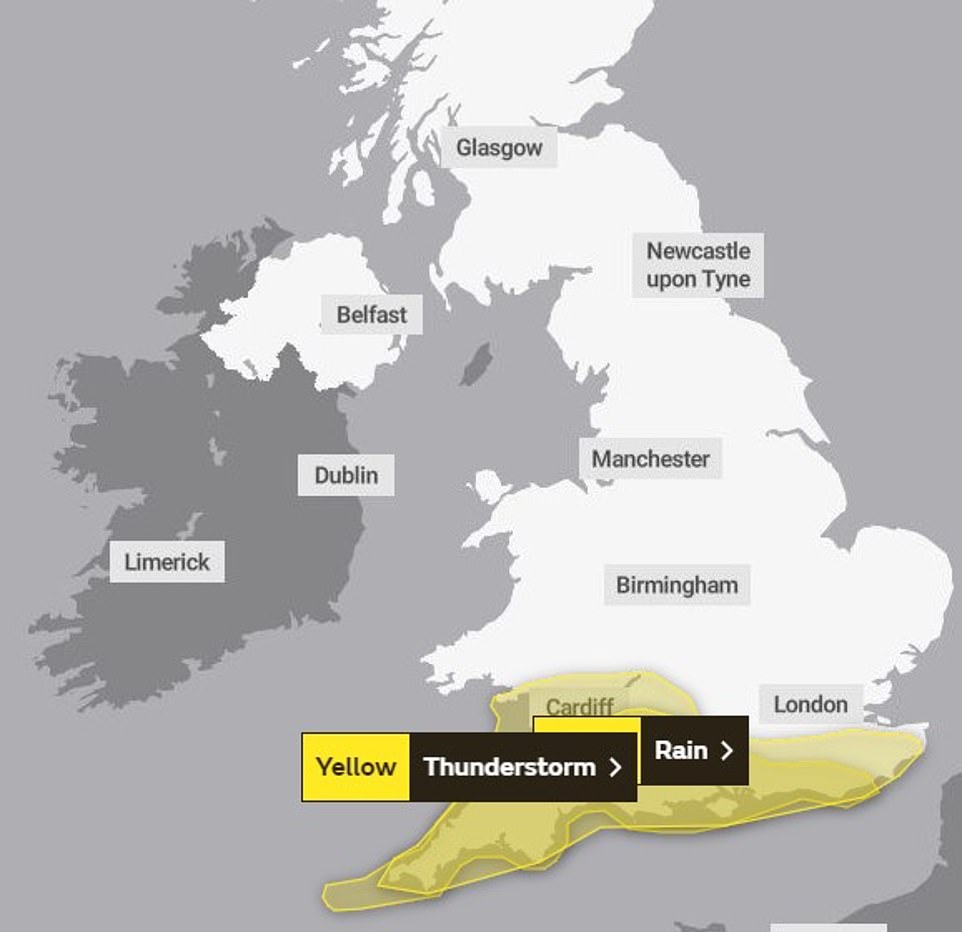 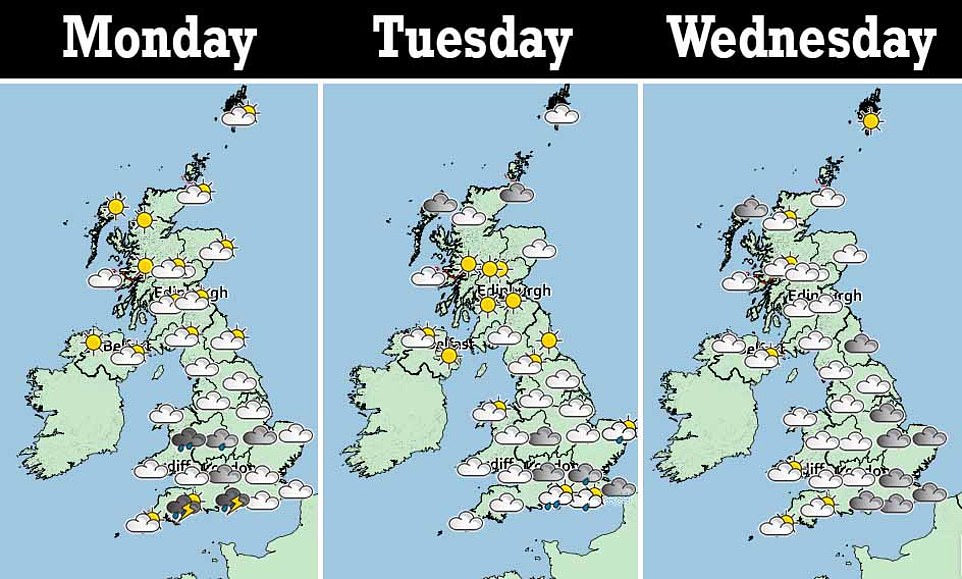 Workers were seen hanging notices urging visitors to wear a face covering and have their ‘Covid-status certificate ready’ before going into the iconic venue for this year’s Championship.

But the tournament could see severe disruption from tomorrow as rain and thunderstorms are due in the south daily, with wet weather until the weekend.

The Met Office alert said: ‘Persistent rain, heavy and possibly thundery at times, will move across southern and southwestern areas of England and parts of south Wales through Sunday afternoon, persisting into Monday morning, before easing.

’20 to 40mm is likely to fall quite widely across the area but a few places could see 60 to 80mm over this period, including 15 to 25mm within an hour. Such totals may cause travel disruption and some flooding.’ 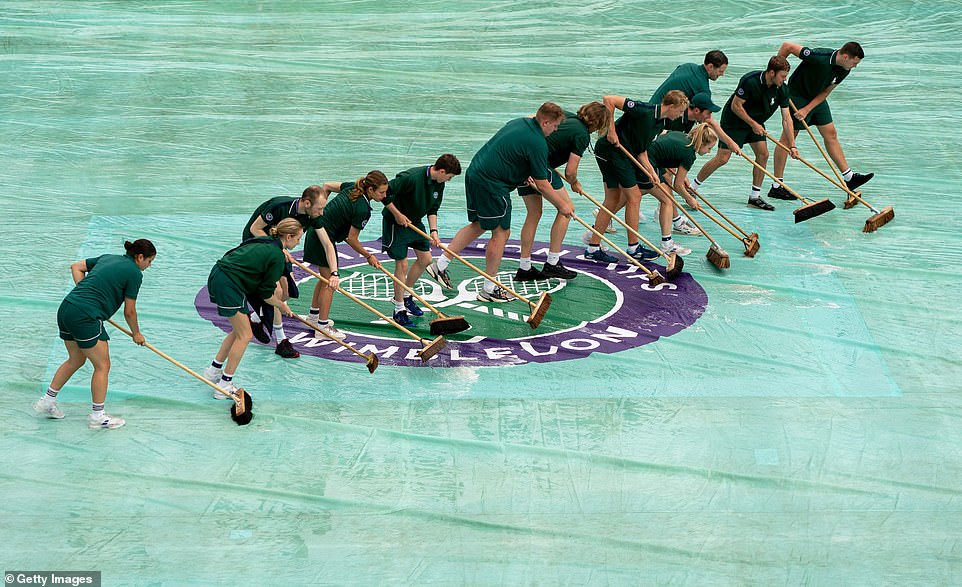 Weather warning ahead of Wimbledon: water is removed by staff from No.2 court ahead of The 2021 Championships 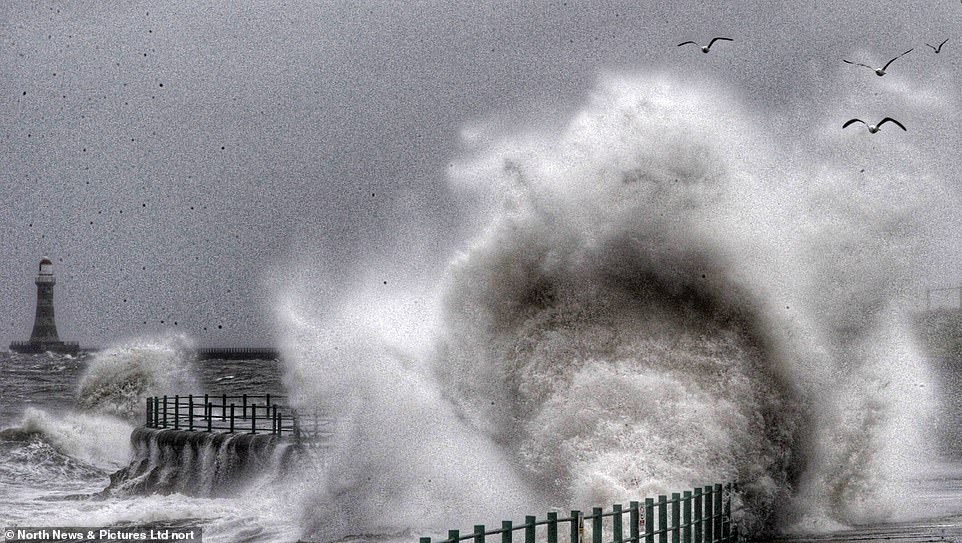 Battering the coastline: Large waves crash over Seaburn promenade in Sunderland as people walk past this afternoon 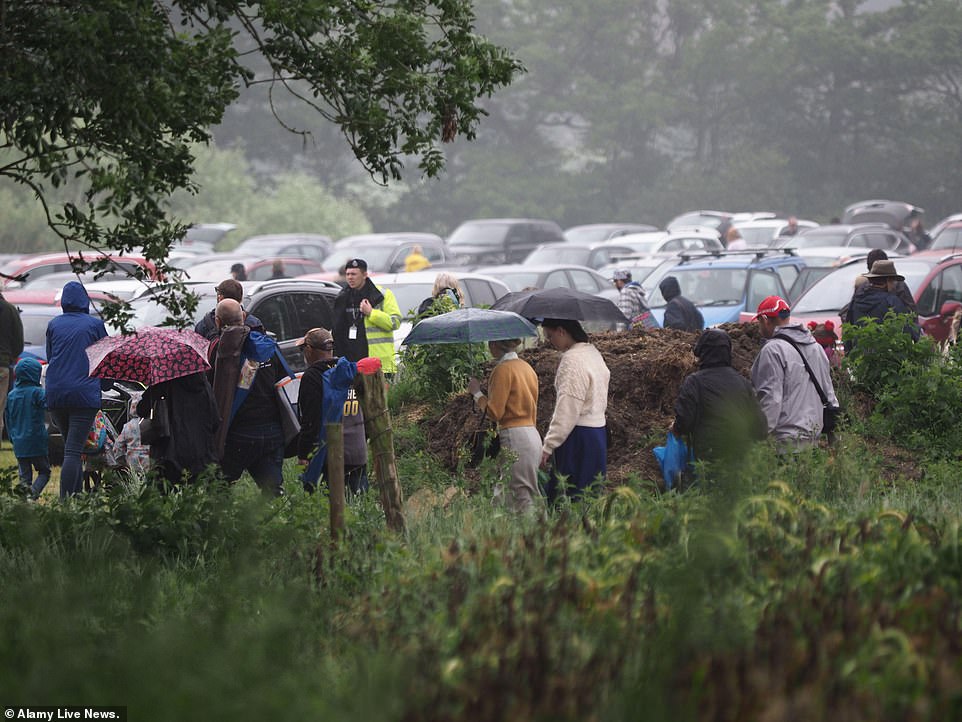 ‘But then we will get a taste of continental Europe’s dome of warm air.’

Met Office forecaster Marco Petagna said: ‘High rainfall totals are possible, with a troublesome slow-moving low pressure area near the South of the UK through much of the week.

But blue skies are due next week, with highs pushing close to 30C. 28C is shown on forecast models.

The warning is in place until 10pm tomorrow night and the Met Office has warned that poor weather could cause spray and sudden flooding which could lead to difficult driving conditions and some road closures.

The Met Office has also said there is a small chance that homes and businesses could be flooded quickly, with damage to some buildings from floodwater, lightning strikes, hail or strong winds.

The Met Office said: ‘Following clearance of overnight heavy rain, there is the potential for thundery downpours to develop across parts of southern England on Monday afternoon, lasting well into the evening.

‘Where these form, they could prove to be slow-moving and produce large amounts of rainfall, with 20 to 30 mm falling within an hour and perhaps a few places seeing 50 to 60 mm in 2-3 hours.

‘Lightning, hail and gusty winds may prove additional hazards in a few locations.’