The families of two campers who went missing in Victoria’s high country say the pain and grief of not knowing what happened to their loved ones is in their minds every day as they plead for anyone with information about what happened at the campsite nineteen months ago to come forward. 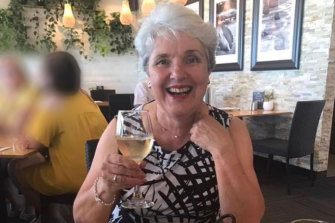 Carol Clay has been remembered by her sister Jill as a vivacious, funny and much-loved family member.

Mr Hill, 74, and Ms Clay, 73, have not been seen since they embarked on the trip to Wonnangatta Valley, which is about 250 kilometres north-east of Melbourne.

There have been several significant searches of the area, however, police have been unable to say what happened to the pair. During a search of Mount Hotham in April, two shovels were located, but police say forensic testing has not been able to link them to the disappearance.

While investigators are yet to fully determine whether the disappearance was suspicious, they believe it is likely a third party was involved and believe they can solve the case. Police have previously said there are a number of persons of interest.

“If you do know something or have heard something, no matter what it is, then I urge you to come forward, and hopefully, we can continue to fill in all the pieces of this puzzle until we get the result and answers both families deserve,” said Detective Inspector Andrew Stamper.

Family members, in interviews released by police this week, spoke for the first time about their loss and desperation for answers.

Colleen and Debbie, the daughters of Mr Hill, said they started to worry when their mother became concerned about their father’s whereabouts in March last year.

“For her to be worried, it really meant a lot,” said Debbie. “Initially, I thought he might have been burnt in the fire and had gone somewhere to water, that’s what I thought when I saw the burnt campsite.”

“He’s so careful normally at being safe with fire, he knows camping so well. He doesn’t take risks on things … it seems unusual with his experience that there was a fire at the campsite.”

Mr Hill was seen by neighbours loading Ms Clay’s bags into his car as he picked her up from her home in Pakenham on March 19. Their tent and some belongings were found burnt to the ground next to Mr Hill’s slightly scorched Toyota LandCruiser on March 21 at their campsite near the Dry River Creek track. 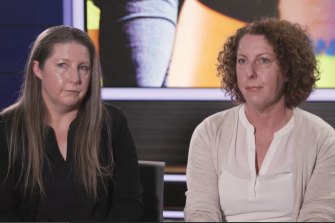 His daughters said there were so many unanswered questions.

“It’s just the unknown, he just disappeared, and you are just stuck in the middle of not knowing. You can’t grieve for someone if you don’t know if they are really missing or dead,” said Debbie.

“Sometimes I see someone walking down the street, and it looks a bit like him and I have another look, it’s not him, it’s just that little glimmer of hope it could be him. But I really know it won’t be because I really don’t think if he was alive he would not contact us.”

“Sometimes I see someone walking down the street, and it looks a bit like him and I have another look, it’s not him, it’s just that little glimmer of hope it could be him.”

“Will we ever know what happened, or where he is? It’s hard to imagine never knowing. Logic says you can find people who go missing. Why can’t we find them?”

Colleen said her mind keeps turning over the different possibilities.

“It never ends. It was like that from the very beginning,” he said. “It’s not knowing at all what has happened … it’s just dragging on and no news. There is nothing go by and that’s the hardest bit, wondering if we will never, ever know.”

In retirement, their father had become more passionate about camping, buying a new tent, kitting out his car, and buying his “new toy” – a drone. He took his DJI Mavic drone with him in March last year, but it has never been found. 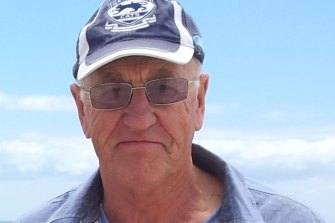 Russell Hill had retired and indulged his passion for camping, buying a new tent, a car and a drone. Credit:Victoria Police

Mr Hill was in the logging industry as a young man and the Gippsland area was important to him, his family said.

“He really liked the solitude up there, he doesn’t like big crowds of people, so he just enjoyed being in the environment,” said Colleen.

They said they miss his regular phone calls, in which he would ask about their lives and their children. It was his birthday last week.

To get some answers would be a huge development, his daughters said.

“Even hints at an answer would be good,” said Colleen. “Just to have an idea about whether he suffered for instance. Just to get some sort of idea to stop this going around in circles and worrying … it’s like we are on hold at the moment.”

Ms Clay’s sister Jill said the grief surrounding the disappearance was like wearing a big heavy overcoat she can’t take off.

“It’s with you all the time. It weighs you down, it makes you feel heavy and sad. It’s this enormous loss,” she said. “An arrest would just be an amazing alleviation of that weight.”

“It’s with you all the time. It weighs you down, it makes you feel heavy and sad.”

“We haven’t been able to have a funeral or a memorial service or anything like that because we don’t know what’s happened … we just need closure, we need to know what has happened.

“We need to know where their bodies are, so we can put them to rest and have a memorial.”

She said she had known something had gone wrong when she heard the campsite had been found burnt but her sister and Mr Hill were missing. 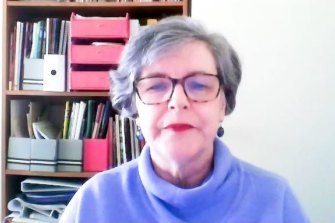 “It was a terrible shock for starters and I immediately knew there was something horribly wrong,” she said.

“Because they were missing, you knew that things weren’t right. The fact that everything had been left there [at the campsite], it obviously wasn’t a burglary, the vehicle was left there, all of their possessions were there, so it just did not make sense, and you had this great sinking feeling.”

She said she believed what had been done to her sister was premeditated.

“Why would someone premeditate such a vile act on two people who were intelligent, responsible, prepared, they knew where they were going, they were really prepared campers, so what’s the reason? That’s the main question that isn’t solved. Why would somebody do this to them?” she said.

“My message to [those involved] is that you have undertaken a heinous act, and you have to live with that for the rest of your life. We are living with the consequences of it which are extremely difficult and it’s time to turn yourself in.”

She described Ms Clay as a high-energy person who had a big laugh and was always busy. She was extremely involved with her family and loved cooking, craft, and gardening.

She also had a great sense of community responsibility, Jill said, was constantly volunteering and was also adventurous, going ballooning for her 60th birthday.

“She was full-on. She had a really big laugh so she lit up a room if she was at a party,” she said. “If there was something funny you could hear Carol laughing. There was no missing it. She was vibrant and vivacious.”

Ms Clay’s children “miss her terribly”, as do her four grandchildren.

Police are still keen to speak to anyone who was in the area of Howitt Plains and Zeka Spur Track on March 19 or 20 last year, and the Wonnangatta Valley and Wonnangatta Station between March 20 and 24 last year, so they can continue to eliminate people and vehicles from the investigation.

Anyone with any other information regarding their disappearance or who has any CCTV or dashcam footage is urged to contact Crime Stoppers on 1800 333 000 or log onto www.crimestoppersvic.com.au