A former Premier League football star’s wife has been arrested over claims she had sex in a park and ride car park with a married police superintendent.

Claire Makel, 41, faces a public indecency rap over the allegations she was involved in a ‘park and ride’ romp with father-of-one Gareth Blair, 48.

The mum-of-two, who lives in Lauder in the Scottish borders is married to former Hearts and Livingstone footballer Lee Makel, who is currently a coach for Hibernian.

A former Premier League football star’s wife has been arrested over claims she had sex in a park and ride car park with married police superintendent Gareth Blair, 48 (pictured)

Top cop Blair is currently suspended from his job as Edinburgh’s Divisional Commander pending an investigation into their alleged car tryst.

The father of one — married to fitness instructor Marcia, 49 — was reported to prosecutors and police watchdogs. He could also face a public indecency rap.

A police spokesman said: ‘A 41-year-old woman has been arrested following a report of public indecency in Edinburgh on May 21. A report will be submitted to the procurator fiscal.’ 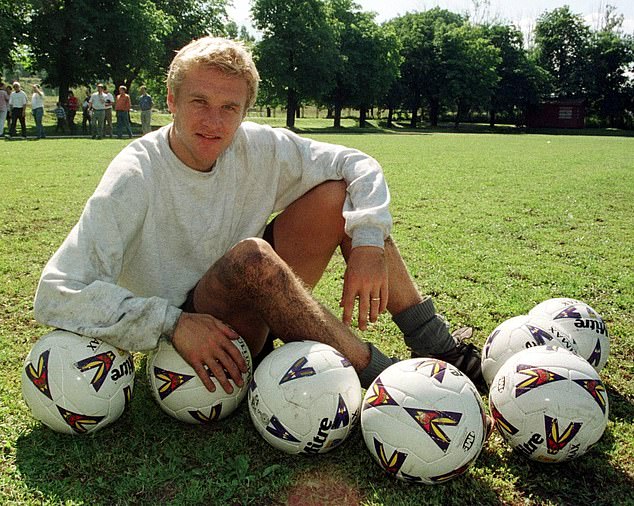 Claire Makel, 41, who is married to former Premier League footballer Lee Makel (pictured), faces a public indecency rap over the allegations had sex in a car park with a married top cop

Retired footballer Makel, 46, also turned out for Newcastle United and Blackburn Rovers during their Premier League title-winning season over his 22-year career.

He and his wife both declined to comment over the allegation.