The widow of a soldier killed with a comrade in a tank blast on a live-firing range after a fatal design flaw went undetected has today demanded ‘lessons must be learned’ after their deaths.

Corporals Matthew Hatfield, 27, and Darren Neilson, 31, both of the Royal Tank Regiment (RTR) died of their injuries after a ‘high pressure’ gun breech blast in Pembrokeshire, south-west Wales, on June 14 2017.

The explosion also caused ‘an immensely hot fireball’ in their Challenger after gases heated to up to 2,500C were sent back down the gun turret, an inquest heard today.

After the inquest, Cpl Neilson’s widow, Jemma Neilson, called for immediate changes by the Ministry of Defence (MoD) and Army.

She said: ‘No soldier should ever be killed in training. Lessons must be learned, cultures must change and the MoD must accept failings and implement change immediately. An incident of this nature must never happen again.’ 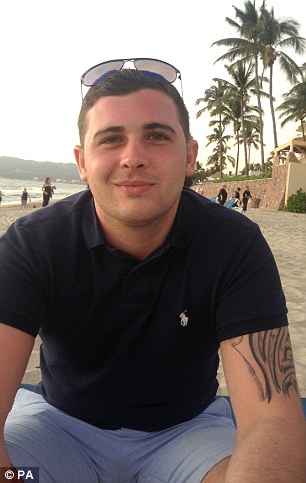 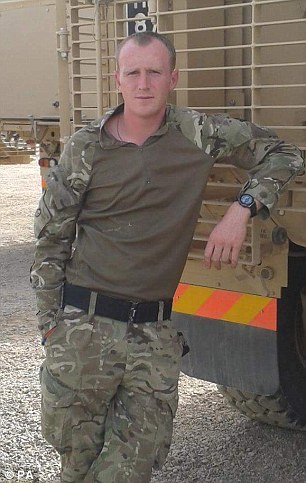 Corporals Matthew Hatfield and Darren Neilson (left to right), both of the Royal Tank Regiment (RTR) died of their injuries after a ‘high pressure’ gun breech blast in Pembrokeshire, south-west Wales, on June 14 2017

Louise Hunt, senior coroner for Birmingham and Solihull, concluded the ‘main cause’ was that the gun could be fired when a key component was missing.

The soldiers were killed when the weapon they were using still worked without a bolt vent axial (BVA), which forms an air-tight seal to stop 3,000C hot gases escaping into the crew turret.

A soldier fatally injured in a tank blast ‘would have survived’ had he not been forcibly ejected from the vehicle, an inquest has heard.

Cpl Darren Neilson, known as ‘Daz’, was thrown 20ft as he was seen trying to climb from the turret of his Challenger 2 on an Army live-firing range on June 14, 2017.

Consultant plastic surgeon Prof Steven Jeffrey said the father-of-one’s injuries ‘would have been much less severe and probably survivable’.

Cpl Neilson suffered patchy burns to both legs, on the front side, and a severe burn to his neck, but also a significant facial injury, with witnesses describing him landing head-first.

Ms Hunt asked: ‘Can you give us an estimate of heat likely to come back into the turret.

Ms Hunt then said: ‘On any level, that’s very hot?’

He added the release of hot gases from the shattered breech would have been ‘unequivocally’ capable of igniting any unstowed bag charges, and also account for several ‘cooked-off’ rounds of 7.62 calibre machine gun rounds found inside the turret.

Ms Hunt said: ‘The main cause of this incident was the tank being able to fire without the BVA assembly being present.

‘During production and manufacture of the gun, this hazard was not adequately considered or investigated and therefore the ability of the gun to fire without the BVA present went undetected.’

The Army said it had already improved training, weapons drills, and procedures.

Mrs Neilson added that the coroner’s findings had ruled out any suggestion that the two ‘highly professional’ expert regimental gunnery instructors may have been, as one witness had told the hearing, ‘showing off’ ahead of the incident.

Ms Hunt concluded there were ‘other issues which contributed to the incident’, including a lack of written procedures for soldiers to follow when handling the BVA, handing over tanks to new crews, communication, and equipment drills.

There was no set system in place to check for the key piece of equipment – the BVA – and an unknown loophole in the tank’s gunnery system meant it could be fired when not fitted.

The inquest also heard that four of tank’s high-explosive ammunition bags, known as ‘bag charges’, which propel the shell out of the tank’s barrel, were ‘incorrectly stowed’, and this was down to a culture within the armoured corps.

Ms Hunt concluded: ‘Failure to correctly stow charges caused a secondary explosion following failure of the breech block due to the absence of the BVA assembly, and the practice of unstowed charges was routine.’

The coroner heard a succession of troopers give evidence that the charges were sometimes stored out of heat-proof storage bins within the turret, including an occasion when one was ‘on a soldier’s lap’.

Cpl Neilson, 31, from Preston, Lancashire, was the tank commander and was thrown from the turret during the blast, while Cpl Hatfield, 27, and a father of one, from Amesbury, Wiltshire, was loading ammunition.

Both men were taken to hospital but died of their injuries the following day.

Cpls Neilson and Hatfield, both highly-trained gunnery instructors with combat experience in Iraq and Afghanistan, were taking WO Lawson out for a ‘guest shoot’ experience, to show how the tank performed when firing.

But the inquest heard that the RTR commanding officer, Lieutenant Colonel Simon Ridgway, was supposed to have written authorisation from a more senior officer for the guest shoot, as required by Army rules, but told the coroner he ‘had not appreciated that at the time’.

He also ‘failed’ to spot a culture of crews wrongly storing high-explosive charges in their turrets.

Asked if it was a failure of his leadership during his evidence, Lt Col Ridgway said: ‘I think I failed to identify it was happening.

‘I’m not sure it’s a failure of leadership.’ 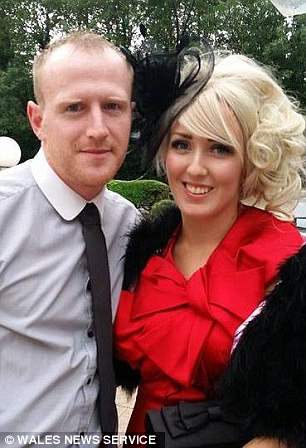 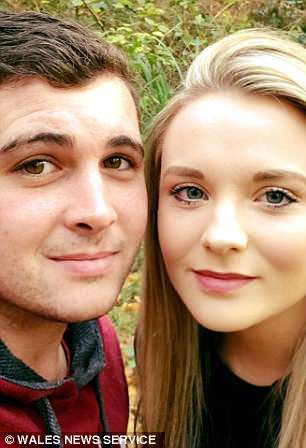 A report to prevent future deaths with three recommendations has been sent to the Ministry of Defence and BAE Systems, which designed and manufactured the British Army’s main battle tank.

Afterwards, Cpl Hatfield’s fiancee, Jill McBride, speaking on behalf of the soldier’s wife, Abigail Hatfield, from whom he was separated, said a ‘weight has been lifted’.

Thanking the coroner, she added: ‘It was important to us to make sure the reputation of both Matthew and Darren was protected and remained true.’

Colonel Jim Taylor, of the British Army, said it had already overhauled training but would look at ‘what further changes need to be made’.

He added: ‘We are sincerely sorry for what has happened and we will do everything we can to ensure this never happens again.’