The runners and riders are in place, the race to replace Mr Juncker, the EU’s most senior official, is underway. EU countries, including Britain, are jostling amongst themselves for the latest information on who could take the Commission presidency when its current incumbent steps down in November. Familiar faces Manfred Weber, Michel Barnier and Frans Timmermans are the bookmakers’ current favourites to take the top job. But secretly, EU diplomats and officials are building a surprise list ahead of the European Parliament elections next week. After the crunch vote, leaders will get to work on deciding who they want to replace Mr Juncker – starting with summit in Brussels on May 28.

Cast your vote below on who you would like to see become the next European Commission president.

The veteran eurocrat has been on the campaign trail, somewhat disguised by his role as the EU’s chief Brexit negotiator, even before leaders decided to delay Britain’s divorce until October 31.

The 68-year-old, who has served in numerous high-profile Commission roles for the last 20 years, is considered a likely candidate after his steady handling of the Brexit portfolio.

The European People’s Party member, however, missed out on running to become the group’s lead candidate last September because of the ongoing British divorce negotiations.

The Frenchmen both favoured only a short delay, which has created an uneasy feel that Mr Macron may have too much influence over Mr Barnier. 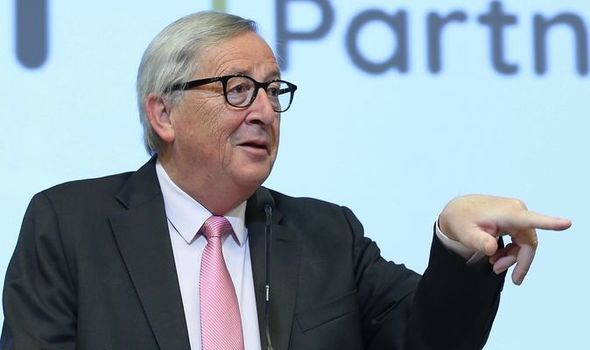 The World Bank CEO has emerged as a candidate during discussions on the top jobs by EU leaders, according to diplomatic sources.

Brussels is keen that a woman is finally handed either the European Council or Commission presidency.

Her appointment would give France and Germany more leeway to fill at least one of the other top jobs when the negotiations between member states begin after next week’s European Parliament elections.

The Irish prime minister has emerged as an outsider for the role in Commission circles.

He could be put forward if EU leaders decide Jean-Claude Juncker’s successor must come from the current occupants on the European Council.

Mr Varadkar has won plaudits in Brussels for a number of domestic reforms, as well as his commitment to EU unity through the tricky Brexit negotiations and is a member of the European People’s Party.

He, however, could rule himself out of the role after promising to continue as Irish prime minister despite his unsteady minority government.

The German MEP is only considered to be within a tiny chance of becoming European Commission president, thanks to his position as lead candidate for the European People’s Party.

Brussels sources believe that Mr Weber was handed the role as a stop gap to ensure a German takes the top EU job.

But one EU diplomat insisted he was very much “on the substitute’s bench” when it comes to leaders’ discussion about Jean-Claude Juncker’s successor.

Insiders will refuse to rule Mr Weber out for the role until the German officially decides to resign from the race himself.

The Commission’s competition chief has built a formidable reputation after being handed the role in Jean-Claude Juncker’s college.

She has overseen Brussels’ crackdown on Amazon, Google and MasterCard, handing out billions in fines to the multinational giants.

While the Danish politician is not a lead candidate, she is considered the most suitable likely from the Alliance of Liberals and Democrats for Europe’s “Team Europe” to be handed the Commission presidency.

As an outsider, she is seen as a safe pair of hands if EU leaders decide that the Commission should take a less prominent in the future.

She was criticised during televised debates for being overshadowed by rivals on subjects outside of her familiar policy areas – tax and competition – like migration, climate or unemployment.