But what Instagram post did he delete and is Robert Mueller investigating him? Here's what we know. 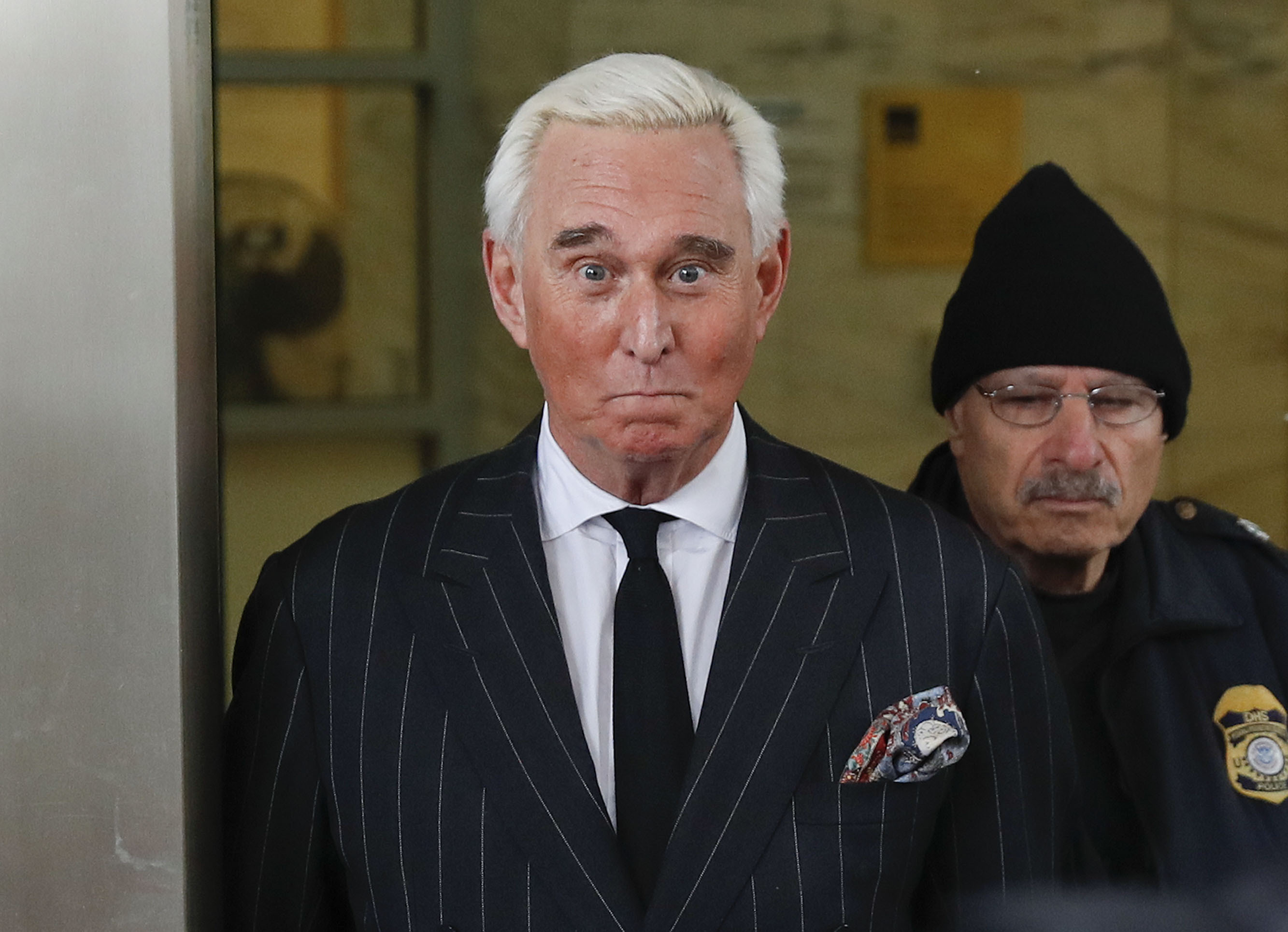 Who is Roger Stone?

He is an American political consultant, lobbyist and has worked on campaigns for high profile Republicans such as Richard Nixon, Ronald Reagan and Trump.

Stone is a self-described “dirty trickster” who has described his campaign strategy as “Attack, attack, attack – never defend” and “Admit nothing, deny everything, launch counterattack”.

It was later called Black, Manafort, Stone and Kelly and became a leading lobbying firm by leveraging its White House connections to attract high-paying clients including US corporations, foreign governments and trade associations.

He is the centre of a Netflix documentary called Get Me Roger Stone and it focuses on his role in the 2016 US presidential election. 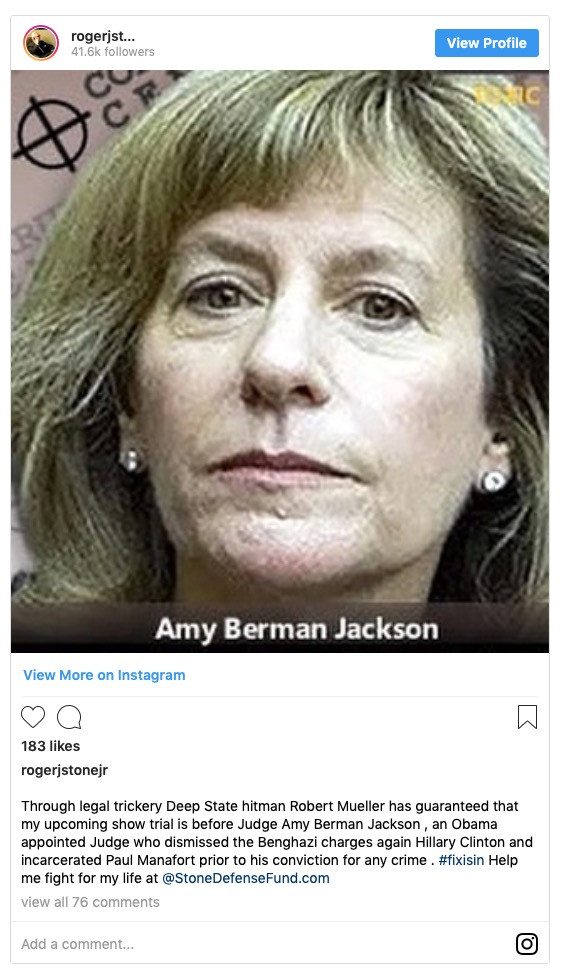 Roger Stone has apologised to the judge presiding over his case for an Instagram post featuring a photo of her with what appears to be crosshairs.

Stone is charged with lying to Congress, obstruction and witness tampering related to discussions he had during the 2016 election about WikiLeaks – all allegations he denies.

Stone and his lawyers filed a notice Monday night saying Stone recognised "the photograph and comment today was improper and should not have been posted."

Earlier Monday, Stone posted a photo of US District Judge Amy Berman Jackson with what appeared to be crosshairs near her head.

Stone reportedly justified the image by saying it was the logo from the website that originally hosted the image.

Stone later said the picture had been "misinterpreted" and that any suggestion he intended to threaten Jackson was "categorically false."

The post – which also contained a plea for money to fight the case – read: “Through legal trickery Deep State hitman Robert Mueller has guaranteed that my upcoming show trial is before Judge

Amy Berman Jackson , an Obama appointed Judge who dismissed the Benghazi charges again [sic] Hillary Clinton and incarcerated Paul Manafort prior to his conviction for any crime. #fixisin Help me fight for my life at @StoneDefenseFund.com”

Is Robert Mueller investigating him?

Stone fell into the drag net of the Mueller investigation into the Trump campaign’s alleged links with Russia after he was linked to Wikileak's publishing of its first set of emails stolen from Hillary Clinton's campaign manager, John Podesta.

Stone was arrested in Fort Lauderdale, Florida, and charged with seven counts in Robert Mueller’s Special Counsel investigation – one count of obstruction of an official proceeding, five counts of false statements and one count of witness tampering.

Mueller alleges that Stone asked for stolen emails from Wikileaks that could be used as leverage against Trump’s opponents.

The wording of the indictment does not specify who in the campaign knew about Stone’s request, but it is clear that it was multiple people.

Mueller is investigating whether there was collusion between the Russian government, its agencies or affiliates, and the Trump campaign.

However, the indictment does not accuse Stone of interfering with the Russian government.