ON WEDNESDAY, November 3, 2021, Heather Mack was arrested after landing in the United States for the first time since 2014.

The "suitcase killer" was released from an Indonesian prison early last week on good behavior. 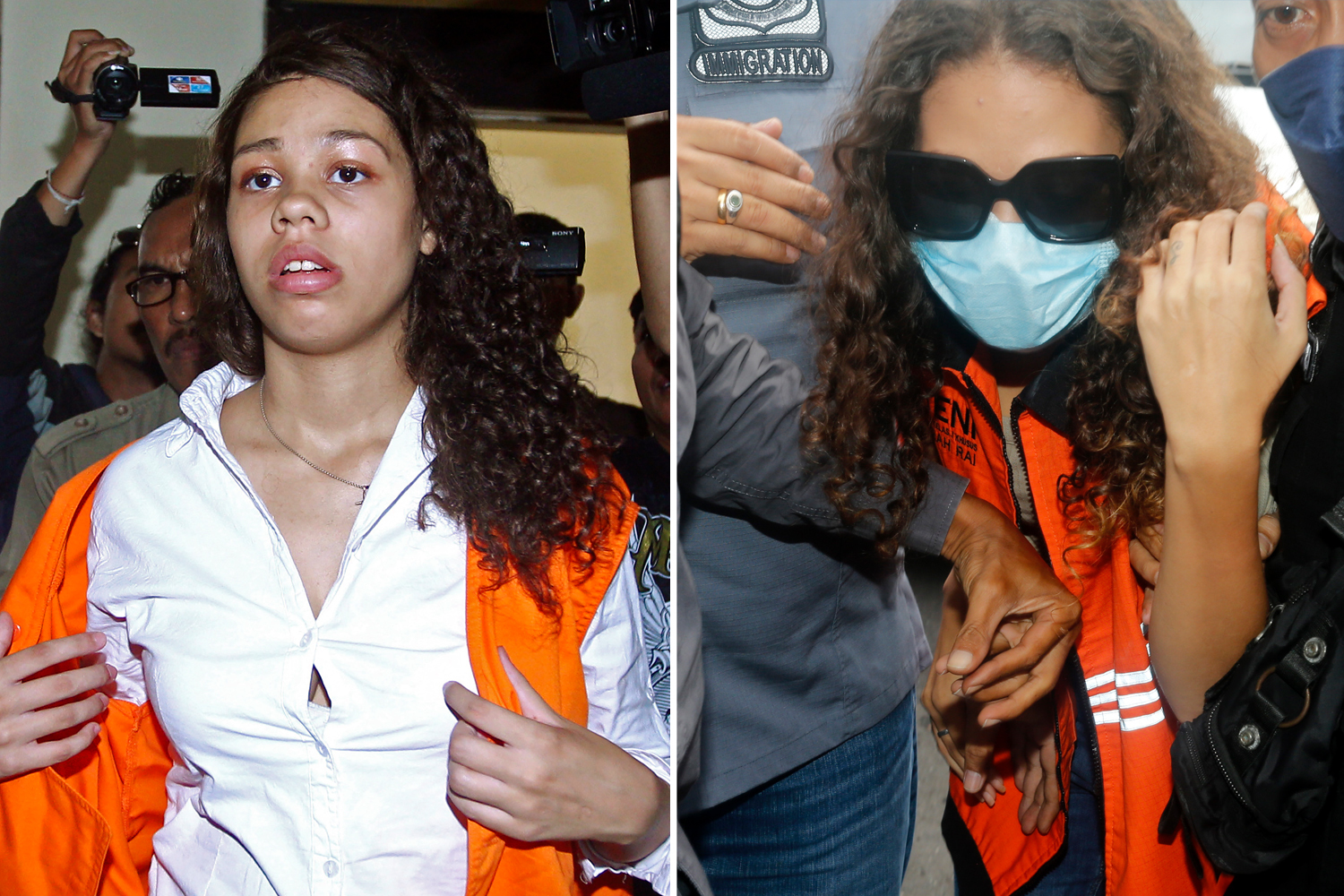 Who is Heather Mack, the 'suitcase killer'?

A Chicago, Illinois native, Heather Mack is a 26-year-old who allegedly helped murder her mother in 2014.

Mack was 18 and pregnant at the time of the murder at a resort in Bali, Indonesia. Her mother, Sheila von Wiese-Mack, was reportedly a socialite.

After serving seven years of a 10-year sentence, Mack was released from prison in Indonesia on good behavior. While in prison, Mack gave birth to her now six-year-old daughter, Stella.

Mack was sentenced to 10 years in prison in 2015 after she and her then- boyfriend, Tommy Schaefer, helped murder her mother and stuffed her into a suitcase.

Upon arriving back in America for the first time in eight years, Mack was arrested at the gates of Chicago's O'Hare terminal five.

She was arrested on charges of two counts of conspiring to kill her mother and one count of obstruction of justice.

What was Heather Mack charged with?

According to reports, a federal indictment from 2017 was unsealed Wednesday afternoon in Chicago's federal court.

The three-count indictment charged Mack and Schaefer with two counts of conspiracy to kill and one count of obstruction of justice.

Schaefer, who was 21 at the time of the murder, allegedly bludgeoned Sheila to death with a fruit bowl inside a room at a resort in Bali.

Mack claimed she was hiding in the bathroom at the time of the murder.

Prosecutors say Mack helped Schaefer cram her mother's body into a suitcase and wheel it downstairs before the couple loaded the luggage into the trunk of a taxi cab.

The cab driver reportedly became suspicious of the two, and they ran away to a nearby budget hotel where they were later found and arrested.

Charges of obstruction of justice come following their removal of the body as well as "linens and items of clothing worn during the killing" from the scene of the crime.

What will happen to Heather Mack's daughter, Stella?

At the time of the murder, Heather Mack was pregnant. She gave birth to her daughter, Stella, while in prison in Indonesia.

Stella was raised in prison until the age of two, and then she was put into the Indonesian foster care system.

Mack allegedly asked Indonesian officials to let Stella stay in Bali to be raised by close friend and foster parent, Oshar Suartama. Her plea was reportedly denied and Stella was sent back to the United States with her mother.

Prior to Mack's return to Chicago, Attorney Brian Claypool allegedly sought an emergency hearing to establish that Stella would remain in the care of Saurtama and not be taken into Child Protective Services.

According to the DailyMail, Claypool stated about Stella: "'First, she has a foster mom, who she considers to be mommy number two. They have a loving, caring relationship.

"Second, once a child gets into the foster care system it is a lot harder to extricate them."