The technique is now used worldwide, particularly in crime solving, where it has now become routine practice in most UK criminal investigations. 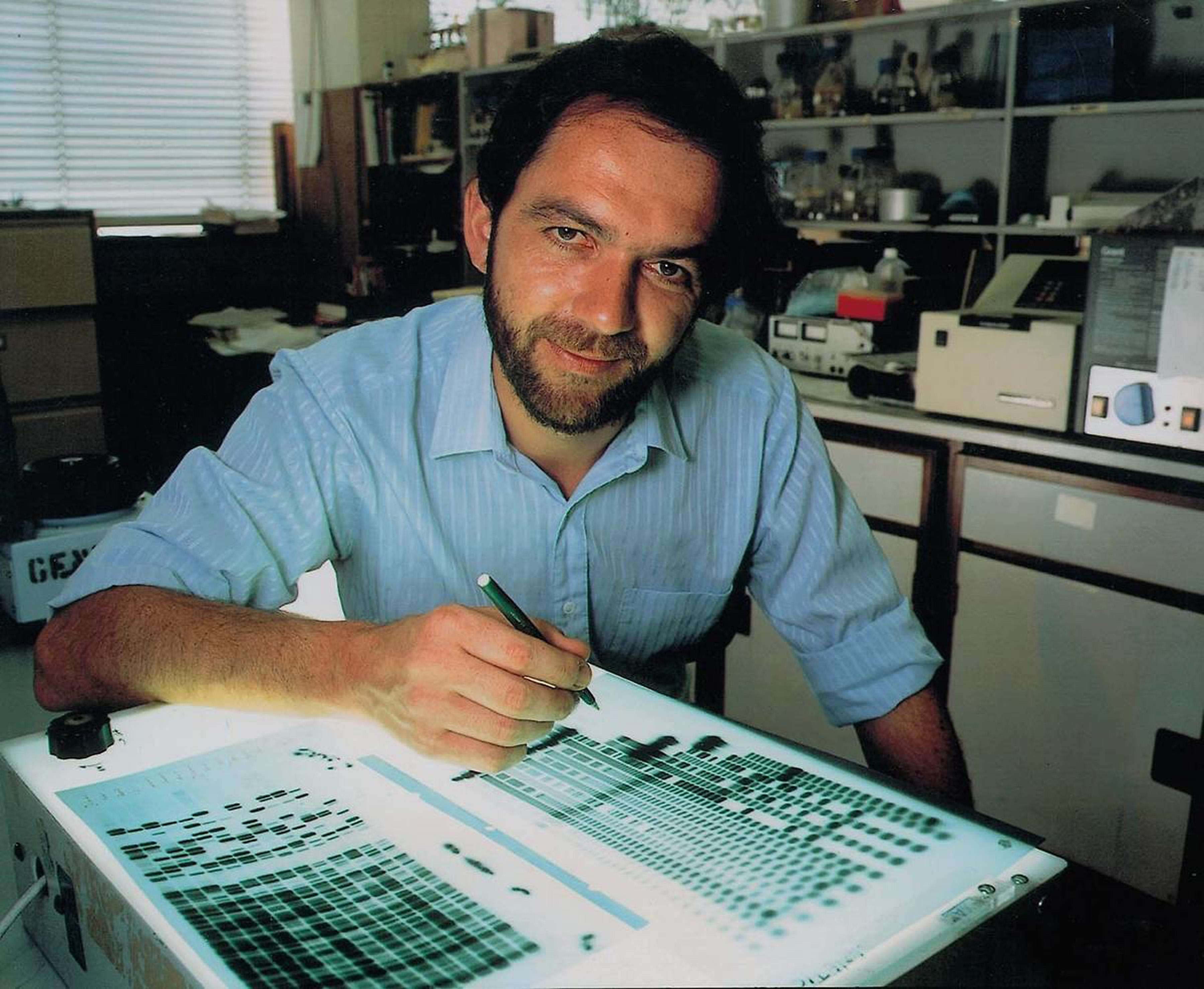 Who is Dr Alec Jeffreys?

Both techniques are now commonly used worldwide in forensic science, police detective work, and to resolve paternity and immigration disputes.

Jeffreys, who was a genetics researcher at the University of Leicester at the time, had his "eureka" moment on Monday 10 September 1984 when he pulled an x-ray film out of the developing tank in the laboratory.

He noticed patterns in the genetic material which distinguished relations between the three people who had been involved in the analysis: a technician, and a mother and a father.

He went on to develop DNA profiling the following year along with Peter Gill and Dave Werrett of the Forensic Science Service (FSS).

What is DNA profiling?

DNA profiling is the process where a specific DNA pattern, called a profile, is obtained from a person or sample of bodily tissue.

Most of our DNA is actually identical to other people’s DNA, however, specific regions vary highly between people.

These regions are called polymorphic.

The differences in these variable regions between people are known as polymorphisms, with each of us inheriting a unique combination of polymorphisms from our parents.

These DNA polymorphisms, usually sampled from white blood cells, semen, hair roots and body tissue, can then be analysed to give a DNA profile.

DNA profiling is used to identify the probable origin of a body fluid sample from a crime scene, reveal family relationships, and identify disaster victims.

In 1986, Jeffreys was asked by Leicestershire Police to help solve a double murder using his new DNA profiling technique.

Earlier that year, 15-year-old Dawn Ashworth was brutally raped and murdered in the village of Enderby.

Another 15-year-old, Linda Mann, had been murdered in a neighbouring village three years earlier.

A local youth named Richard Buckland confessed to the murders but police could not find proof.

After Jeffreys ran tests using the DNA profiling technique, he discovered the girls were killed by the same man but it was not Mr Buckland.

The police then expanded their search for the killer, changing forensic science forever by collecting blood and saliva samples from 5,000 men.

Within a year, local baker Colin Pitchfork became the first person convicted of murder in Britain using DNA evidence, and was sentenced to life imprisonment.