Fewer than one in ten civil servants were at their desks in some Whitehall departments after the Queen died.

Official figures show government buildings were the emptiest they had been all year, with nearby roads closed ahead of the state funeral.

HMRC had the lowest occupancy with just nine per cent of employees in the office last week, down from 59 per cent at the start of September. 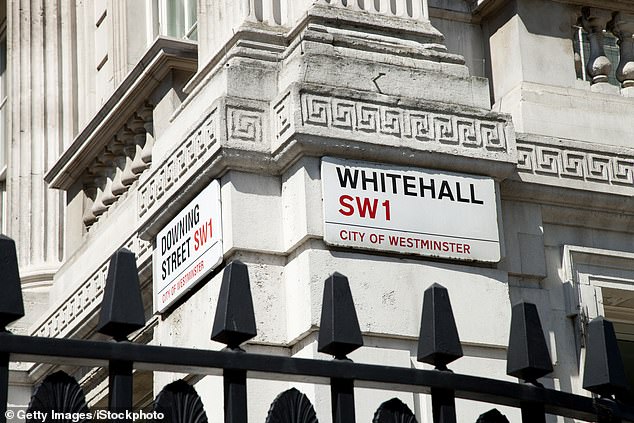 Fewer than one in ten civil servants were at their desks in some Whitehall departments after the Queen died, official figures showed

And just 13 per cent of Treasury staff were at their HQ, compared with 70 per cent the week before, despite being under pressure to prepare for today’s emergency budget.

The Department for Culture – charged with managing the huge queue of mourners wanting to pay their respects – recorded 39 per cent occupancy in the week starting 12 September.

By contrast the Cabinet Office, which compiles the figures as part of its drive to end the working from home culture that took hold over lockdown, was 72 per cent full.

The Ministry of Defence was the busiest office with 73 per cent of desks full, down from 90 per cent.

Last night a Government spokesman said: ‘During the period of national mourning, the area surrounding central London departmental HQs was subject to road closures and pedestrian diversions but this did not prevent civil servants from continuing to deliver vital public services.’