London: A model of Whirlpool fridge freezer has been declared safe after technical investigations ordered by British authorities because last year's deadly Grenfell Tower fire was initially thought to have started in one of the appliances. 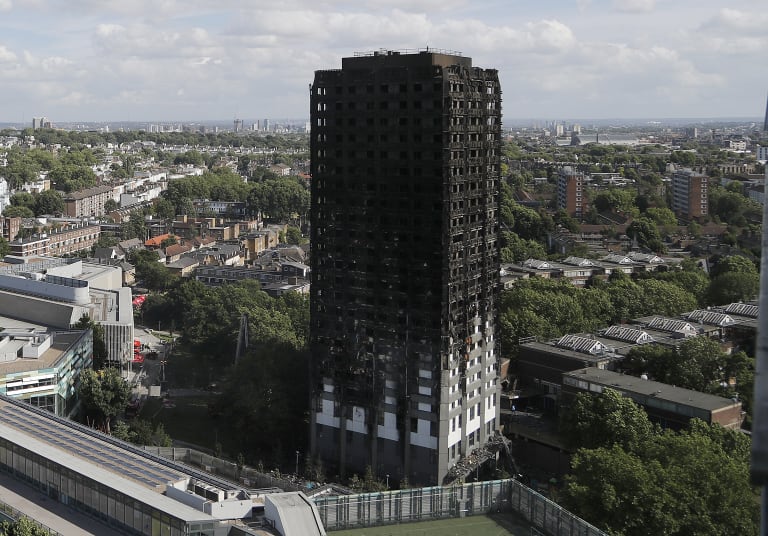 The scorched facade of the Grenfell Tower in London after a massive fire raced through it last June.

Seventy-one people died in the blaze which engulfed the 24-storey Grenfell Tower, a social housing block, in the middle of the night last June.

In the days after the disaster, police said the blaze had started in a Hotpoint FF175BP fridge freezer, prompting the government to order detailed tests of the model, of which some 64,000 units were manufactured between 2006 and 2009.

Britain's Business Ministry and Whirlpool both said on Tuesday that the tests had established the model was safe and no recall was necessary.

"We wish to reassure consumers that these models are safe and that people may continue to use them as normal," Whirlpool spokesman Jeff Noel said in a statement.

The models investigated were the FF175BP and its colour variant the FF175BG.

The causes of the Grenfell Tower fire are the subject of a public inquiry which is due to start public hearings next month. A separate police investigation is under way which could result in criminal charges.

The areas under investigation by both the public inquiry and the police include whether safety standards were met in the design, construction, maintenance and refurbishment of the building.

Some former residents had said before the blaze that they had serious safety concerns about various features of the building, but that their warnings fell on deaf ears.