NEW "tier four" restrictions could be introduced if the current local lockdown measures fail to bring down coronavirus cases in England, according to reports.

The Government is said to be considering plans to add an extra tier to the three-tiered lockdown system, which could mean restaurants and non-essential shops are forced to close. 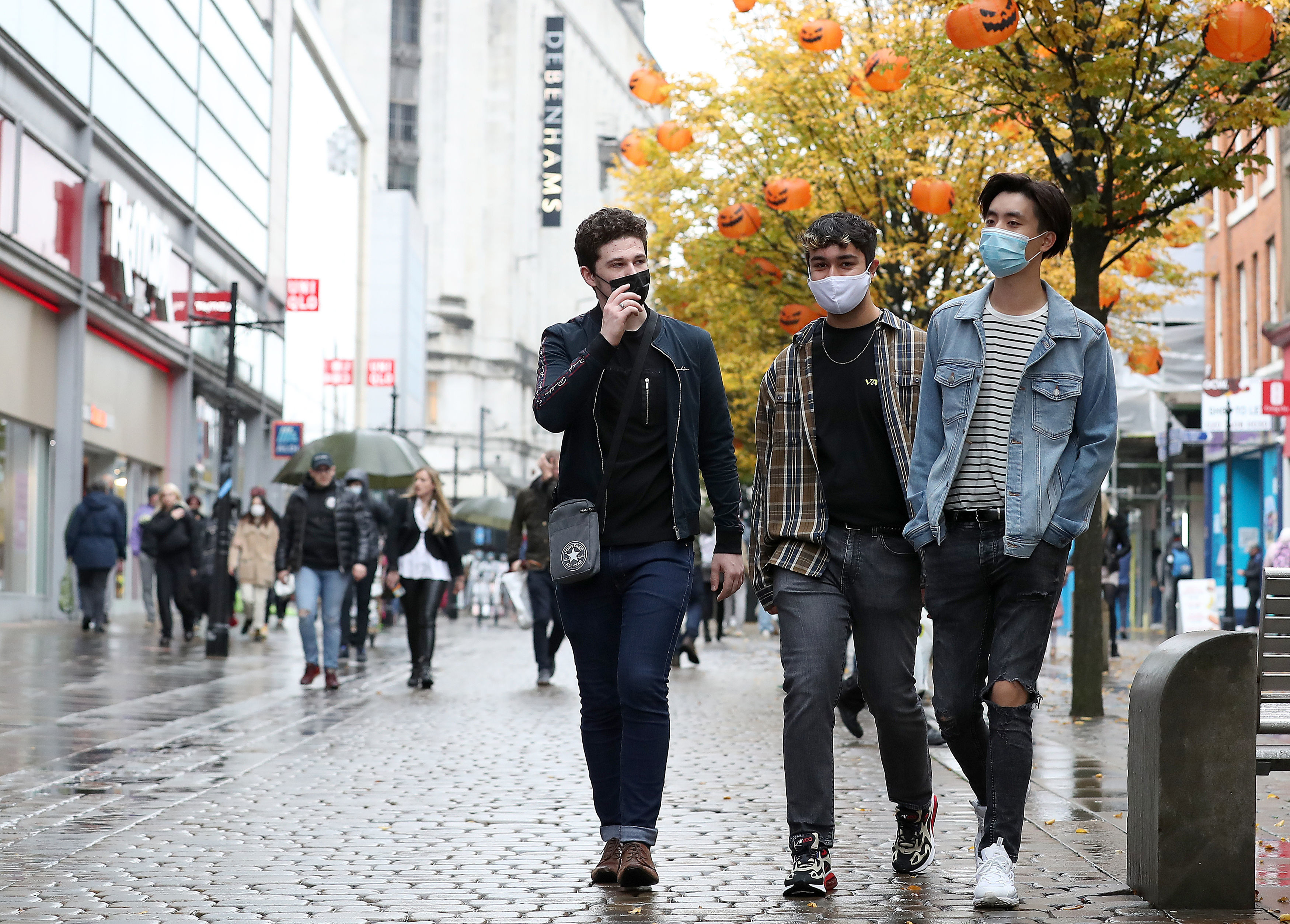 What is tier 4 lockdown?

Discussions are underway among officials in Whitehall and local authorities for a "plan B" to drive Covid-19 infection rates down if the current three-tiered lockdown system fails to work, iNews reported.

One option that is being discussed includes the tightening of the strict tier three measures that are in place to "tier three plus" or tier four.

The measures under tier four – which have not been officially announced or finalised – could see restaurants and non-essential shops forced to close.

Schools will not be permitted to close under any potential tier-four measures.

Prime Minister Boris Johnson said a full national lockdown was not an option because it would severely impact people’s mental health and the economy.

When could extra restrictions be put in place?

It's reported that new restrictions could be introduced in November.

Fears are now growing that the R-rate will not drop below Christmas in tier three areas – piling pressure on the government to unveil a new strategy.

Whitehall officials believe that it would be clear by the middle of November, two to three weeks after the first tier three measures were introduced, whether the restrictions had made any difference to case numbers.

Local leaders in tier three regions have reportedly been told that social contacts need to be cut by 60 per cent -the equivalent of bringing the R-rate down from 1.6 to below 1. 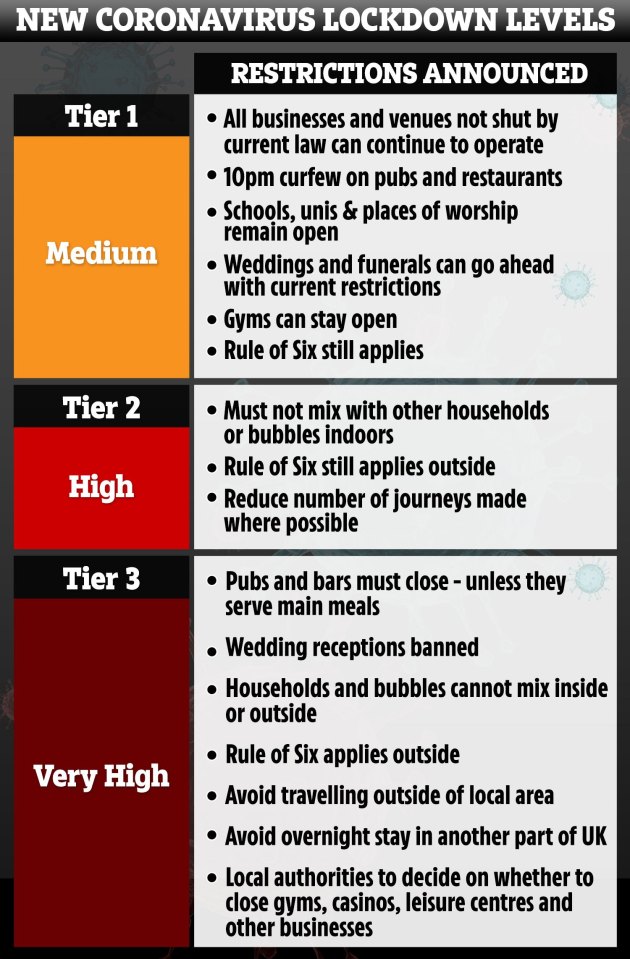 Tier three areas are considered to be “very high risk”, where virus transmission rates are of the biggest concern.

In these areas, including Liverpool, Lancashire, Greater Manchester and South Yorkshire, households are not allowed to mix indoors or outdoors – including in private gardens.

Warrington will fall under Tier 3 restrictions from Tuesday October 27.

Pubs and bars will close in these areas unless they can operate as a restaurant. People have also been advised against travel in and out of the areas.

Those in tier three can't stay overnight somewhere if it means they'll be inside with people outside their household or support bubble.

Areas should only be at this level for 28 days then a review should take place.

Soft play centres have been ordered to close under tier three restrictions.

People living in tier two areas, including London, Coventry, Stoke, Slough, York, Cheshire, Leeds, Sunderland and Leicester, are currently banned from mixing with other households indoors, including in pubs.

When outside, only two households are able to mix.

Tier one is currently seen to be “medium risk” and covers the rest of England.

Pubs must close at 10pm and the rule of six still applies for areas under tier one restrictions.