FORMER President Barack Obama has found an unlikely friend in one of America's most well-known rock stars: Bruce Springsteen.

The two share a podcast together, Renegades, and now have a book on the way, under the same title. 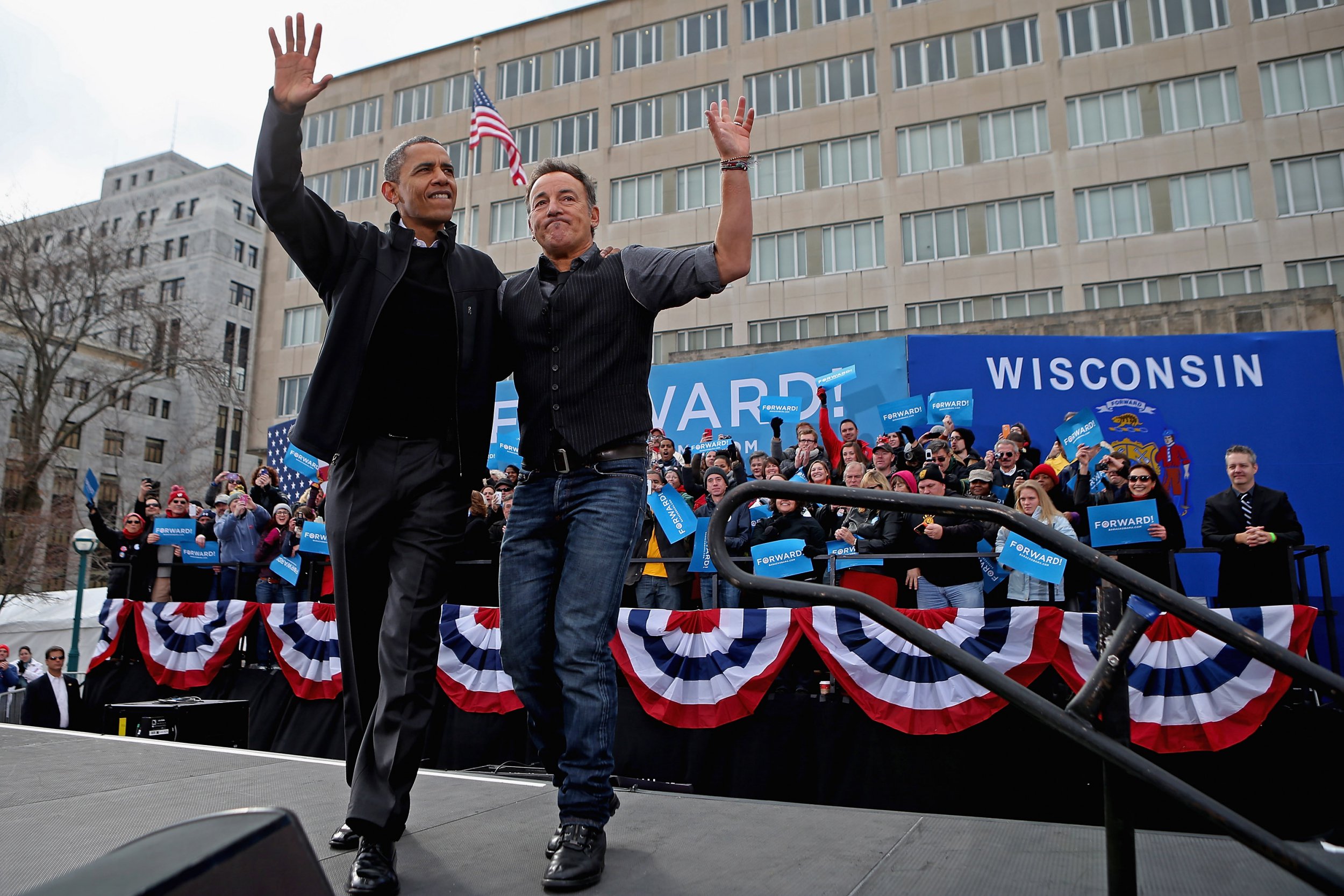 When did Barack Obama and Bruce Springsteen meet?

In a joint essay published on The Guardian, the rock n' roll legend talks about how he became a friend to the famed politician.

"The president and I had spent some time together since we met on the campaign trail in 08. That time included some long, telling conversations," he said.

"These were the kind of talks where you speak from the heart and walk away with a real understanding of the way your friend thinks and feels. You have a picture of the way he sees himself and his world."

The two have remained friends and confidants over the years, coming together in 2020 to produce a podcast Renegades.

"We found a lot in common. The president is funny and an easy guy to be around. He’ll go out of his way to make you feel comfortable, as he did for me so that I might have the confidence to sit across the table from him," Springsteen continued.

"At the end of the day we recognised our similarities in the moral shape of our lives. It was the presence of a promise, a code we strive to live by.

"Honesty, fidelity, a forthrightness about who we are and what our goals and ideas are, a dedication to the American idea and an abiding love for the country that made us."

On October 24, 2021, the two appeared on CBS to talk more about their podcast and upcoming book.

What is Renegades: Born in the USA the podcast?

First created in the summer of 2020, the Renegades podcast debuted on Spotify in February of 2021.

The streaming service describes the podcast as: "a series of conversations between President Barack Obama and Bruce Springsteen about their lives, music, and enduring love of America – despite all its challenges."

There are a total of eight episodes so far, each around an hour in length.

The podcast is produced by the Obama's production company, Higher Ground.

In the first episode of the podcast, Obama and Springsteen discuss their "unlikely friendship" and how opposites seemingly attract.

"He's a white guy from a small town in Jersey. I'm a Black guy of mixed race born in Hawaii with a childhood that took me around the world. He's a rock n' roll icon. I'm a lawyer and politician, not as cool," said Obama.

"And as I like to remind Bruce every chance I get, he's more than a decade older than me. Although, he looks damn good."

The two share an easygoing chemistry, joking around while still maintaining a sense of seriousness to discuss the topics at bay. 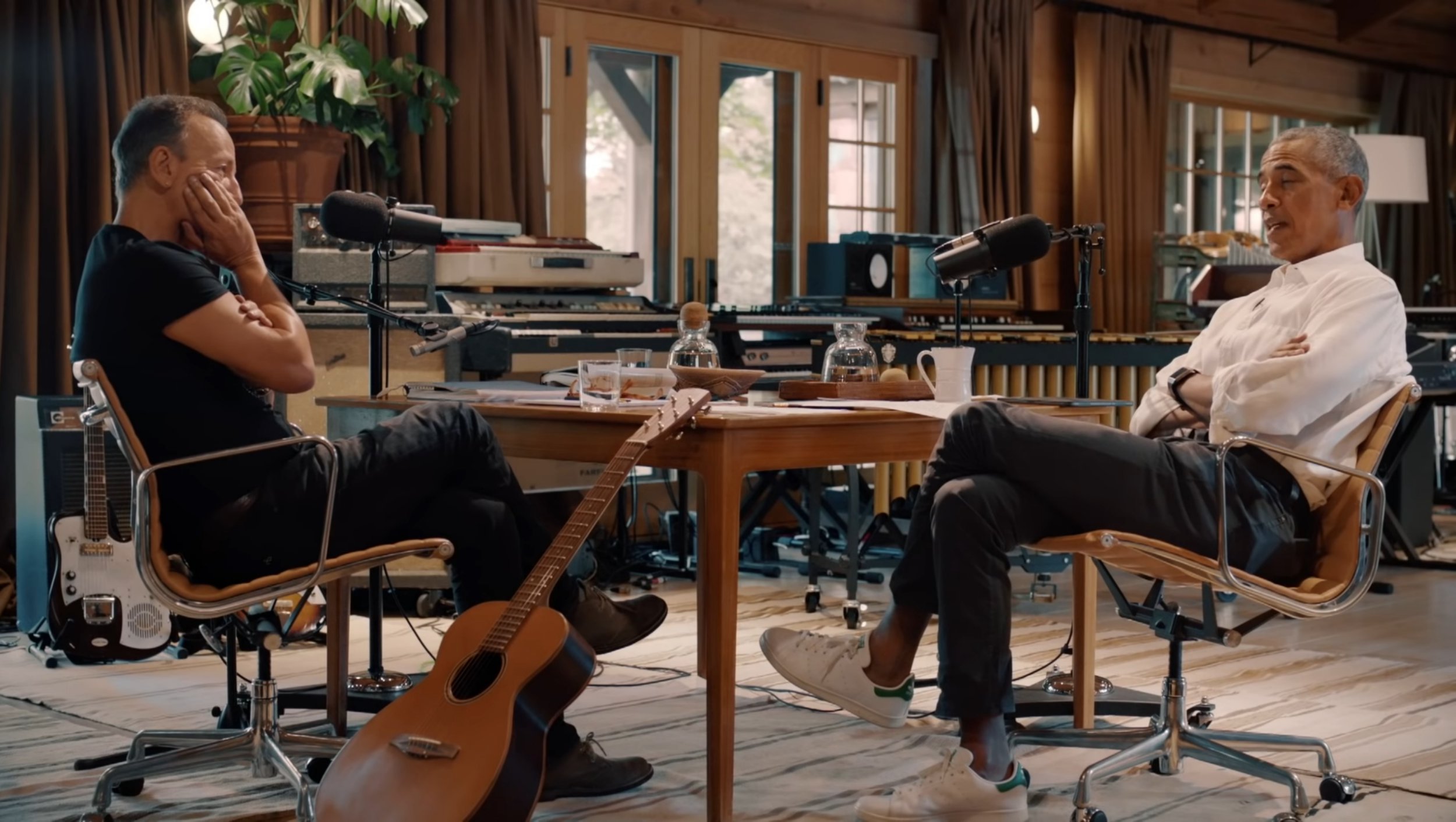 What is Renegades: Born in the USA, the book?

The book expands on the discussions the two share in their podcast, and includes photographs and mementos from the two.

According to its description on Amazon, the book is about "two longtime friends share an intimate and urgent conversation about life, music, and their enduring love of America, with all its challenges and contradictions, in this stunningly produced expansion of their groundbreaking Higher Ground podcast, featuring more than 350 photographs, exclusive bonus content, and never-before-seen archival material."

This isn't the first book for either of the pair.

Bruce Springsteen released his autobiography, Born to Run, in 2016.

According to the Barnes & Noble website, Obama is the author of two previous bestselling books, Dreams from My Father and The Audacity of Hope, and the recipient of the 2009 Nobel Peace Prize.

He has a memoir entitled A Promised Land, which was released on November 17, 2020.