"It appears to be complete, but it obviously imploded," Gabriel Attis, head of the Mar del Plata naval base, has said following the discovery of the vessel almost a year after it disappeared. 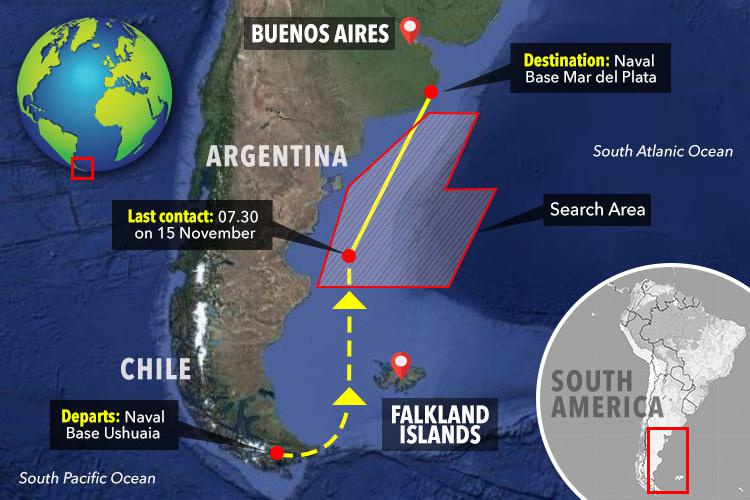 When did the submarine go missing?

The ARA San Juan, which has 44 crew members, lost contact in the South Atlantic on November 15, 2017.

The Argentinian diesel-electric vessel made its last contact with authorities to report a mechanical breakdown.

The 34-year-old German-built submarine – which was refitted between 2007 and 2014 – had flagged a breakdown in its batteries.

Crew said they were diverting the sub’s route from the far south of Argentina's Atlantic waters to the navy base at Mar del Plata, where most of the crew members live.

But they didn't issue a distress call and it was unclear if the problem left the vessel without propulsion or unable to surface.

The search began November 16 2017, when there was no more contact.

The sub's disappearance gripped the nation, and President Mauricio Macri visited the relatives – troubled by earlier false hopes – and prayed with them.

Has the ARA San Juan been found and how many crew were on board? 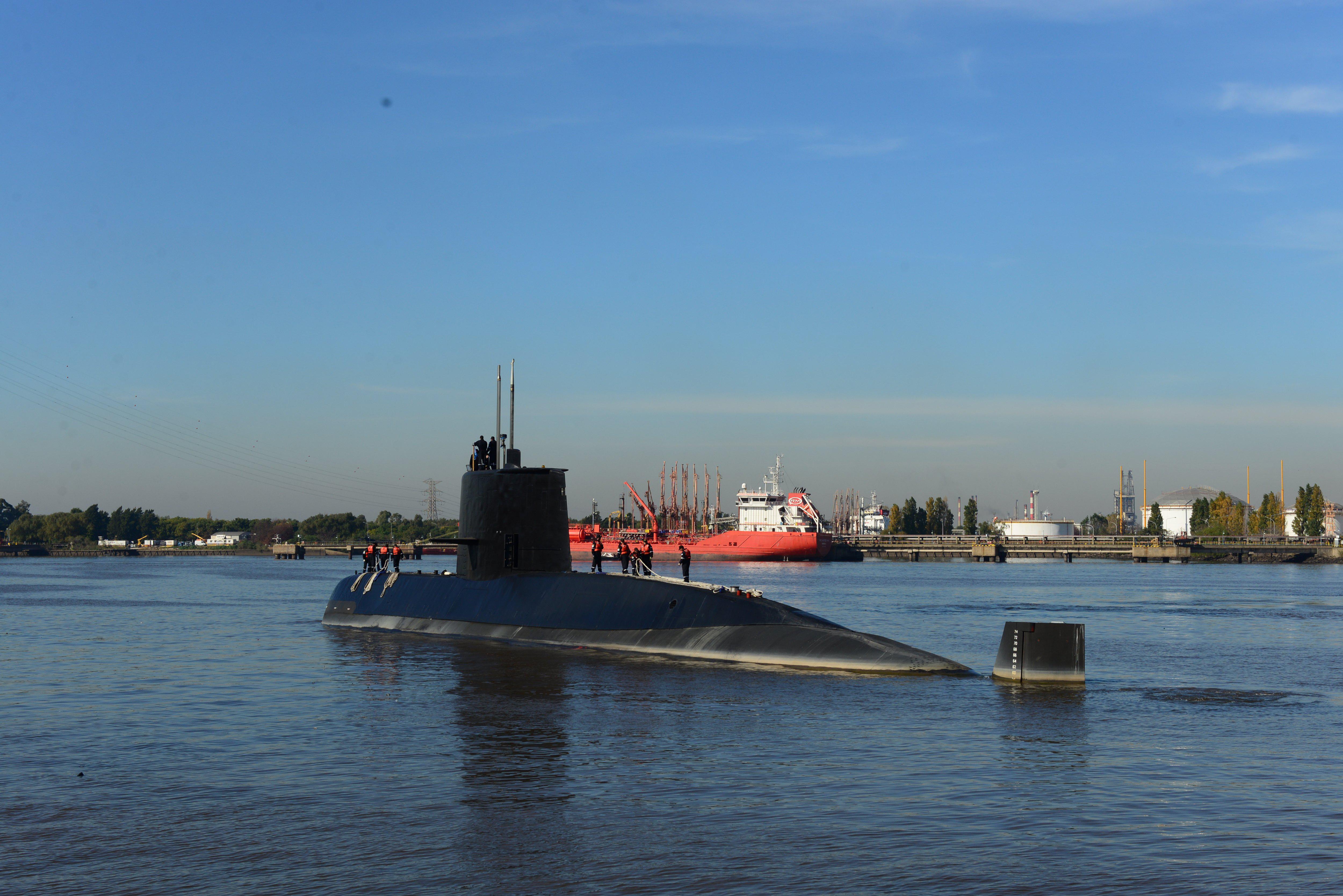 The ARA San Juan was found 2,625 feet down in waters off the Valdes Peninsula in Argentine Patagonia, a statement said.

It was discovered just two days after families of the missing sailors held an emotional commemoration to mark one year after the sub disappeared.

The navy said a "positive identification" had been made by a remote-operated submersible from the American ship Ocean Infinity, which was hired for the latest search for the missing vessel.

When it disappeared. the ARA San Juan said it would have enough oxygen for its crew to survive underwater for seven days, if there were no hull breach, according to officials.

At a press conference devastated relatives of the missing crew accused the navy of killing their loved ones after the vessel after news of the explosion emerged.

After navy spokesman Balbi described the blast as "abnormal, singular, short, violent", one relative reportedly fled the conference shouting, "they killed my brother, you sons of b***hes".

Balbi told reporters the navy did not have enough information to say what the cause of the explosion was.

On November 28 it was revealed that the crew had reported a fire in final message.

The final contact with the ARA San Juan, which has 44 crew members on board, was on November 15 -the day the vessel vanished.

According to news channel A24, the submarine said seawater had entered the ventilation system, causing a battery on the diesel-electric vessel to short-circuit and start a fire.

On December 1 Argentina abandoned the rescue mission for the sub and switched its focus to simply locating the vessel.

Navy  spokesman Enrique Balbi told a news conference: "More than double the number of days have passed where it would have been possible to rescue the crew.

"We will continue the search … there will not be people saved."

We pay for your stories! Do you have a story for The Sun Online news team? Email us at [email protected] or call 0207 782 4368 . We pay for videos too. Click here to upload yours