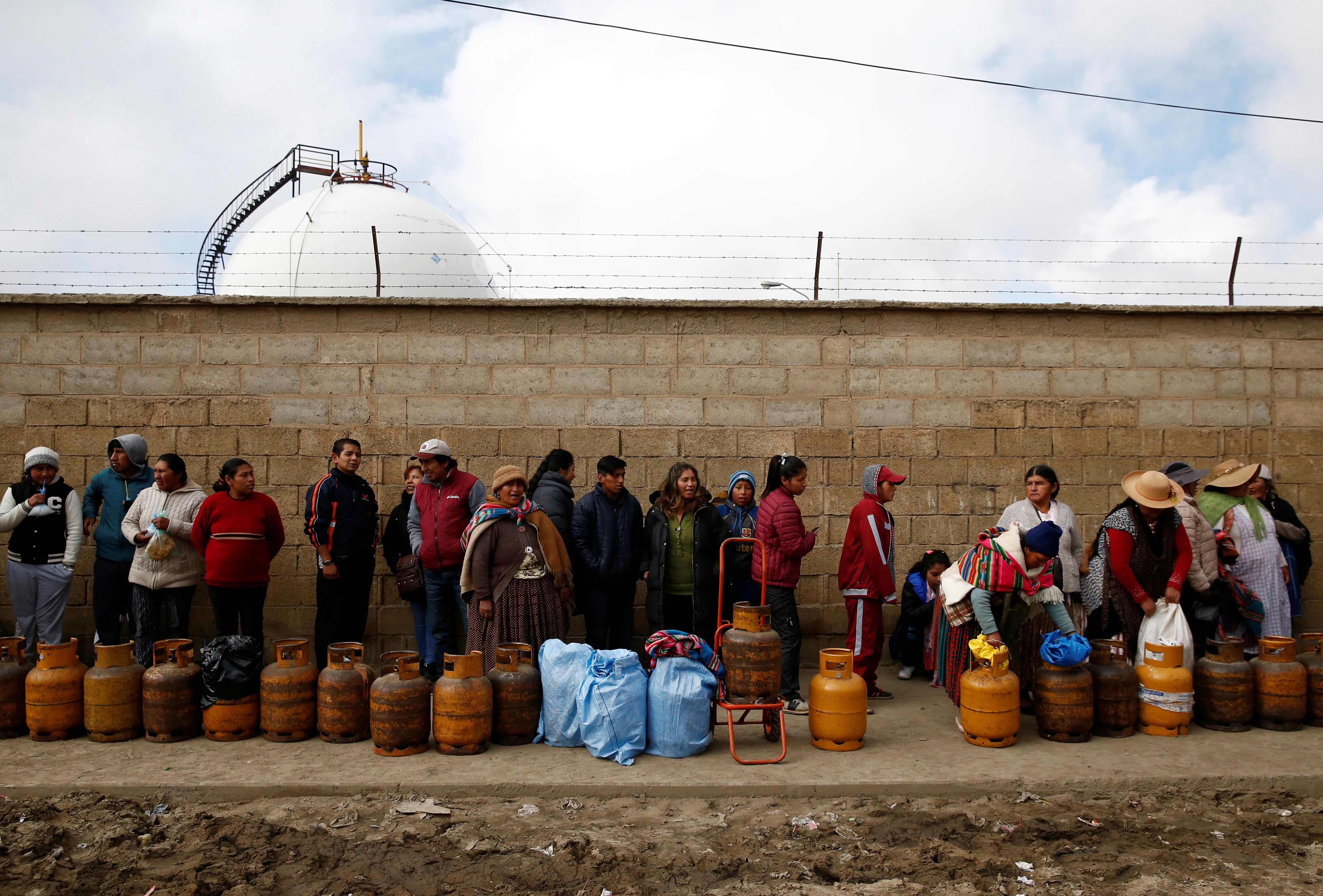 In the highland seat of government La Paz, roads have grown quiet as people preserve gasoline, with long queues for food staples. People lined up with gas canisters next to the blocked Senkata fuel plant in nearby El Alto on Tuesday.

“Unfortunately this has been going on for 3-4 weeks, so people are desperate to buy everything they find,” said Ema Lopez, 81, a retiree in La Paz. The country has been in turmoil since a disputed Oct. 20 election.

Daniel Castro, a 63-year-old worker in the city, blamed Morales, who resigned earlier this month amid rising pressure over vote-rigging allegations after an international audit found serious irregularities in the leftist leader’s poll win.

“It is food terrorism and it is the terrorism of the boss who has already left. This is chaos and you’re seeing this chaos in (La Paz’s) Plaza Villarroel with more than 5,000 people just there to choose a chicken,” he said.

Morales fled last week to Mexico, where he has railed at what he has called a right-wing coup against him. He has hinted he could return to the country, though pledged not to run again in a new election the caretaker government is seeking to hold.

Bolivia’s Legislative Assembly, controlled by Morales’ Movement to Socialism (MAS) party, is set to meet on Tuesday evening, with expectations it could vote to reject the long-standing leader’s resignation, a move that could tip the country into a further chaos with rival claims on the presidency.

The country’s hydrocarbons minister, Victor Hugo Zamora, said on Tuesday he was looking to unlock fuel deliveries for La Paz and called on the pro-Morales movements to join talks and allow economic activity to resume.