Storm Brendan has caused devastation this week, with howling winds and torrential rain triggering Met Office yellow weather warnings. The storm caused flooding across the country, and roofs have been torn from their buildings in multiple areas.

Taxi driver Haris Baig, 30, said he had to slam on his brakes as a large section of roof crashed in front of him.

He said: “It was a disaster. It was a miracle no-one was killed.”

More than 1,000 homes were left without power as Storm Brendan tracked across the country.

The River Avon burst its bank in places on Wednesday morning, spilling on to roads near Chippenham, Wiltshire, and leaving some vehicles stranded. 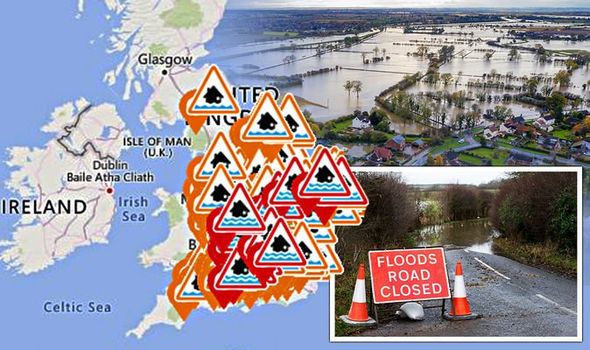 With warnings lifting on Wednesday morning, the storm has eased, however strong winds and rain are expected to return on Thursday.

The Met Office said conditions are set to improve on Wednesday, with a dry and bright day expected for most of the UK except for some showers in the west and in northern Scotland.

However, wet and windy conditions are forecast to make a comeback on Thursday, beginning in Ireland and Scotland before pushing eastwards across the rest of the UK,

Winds could reach around 50mph to 60mph on the Irish Sea and between 40mph and 50mph inland. 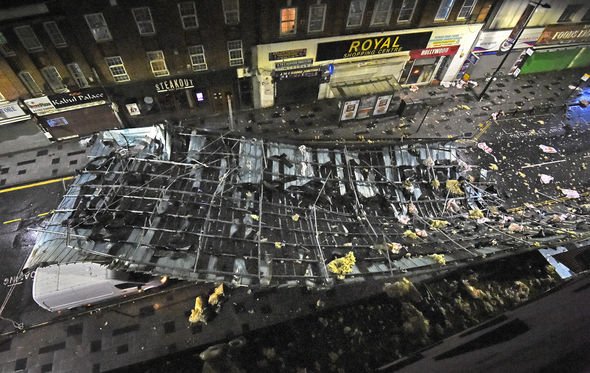 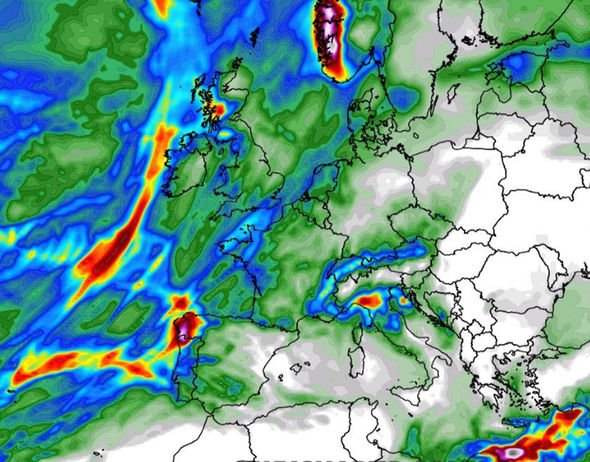 The Met Office added conditions are expected to settle on Friday and into the weekend, but temperatures are predicted to drop – with an average of around 8C across the country.

The drop in temperatures is due to a high-pressure system which Met Office forecaster Bonnie Diamond told the Daily Star could see “icy conditions” for some parts of the country.

This weekend, one shock map shows horrific winds of up to 150mph, with a colour band of deep blue stretching across the UK.

The WXCharts map depicts fierce winds on Saturday, and the rain radar shows heavy rain for some areas.

The snow map shows Scotland, the North of England, Wales and Northern Ireland impacted by snow.

Snowfall will be heaviest in Scotland, stretching down into the North of England.

This is a pattern which may continue into the rest of the month, with the Met Office long-range forecast warning snow “could fall to lower levels at times” during bitterly cold interludes. 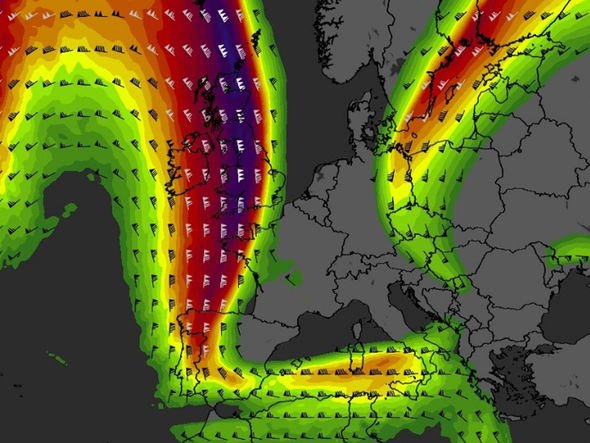 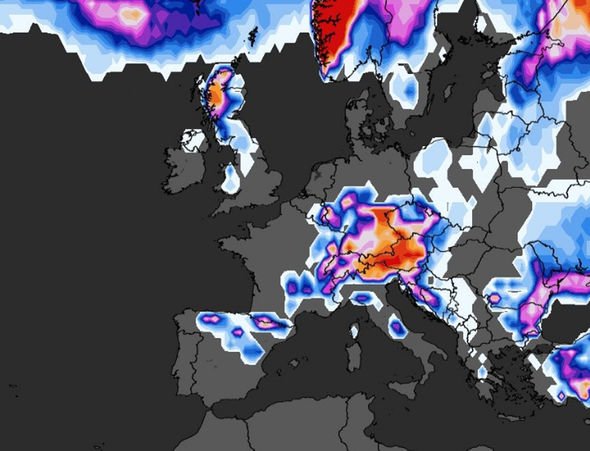 It predicts: “Through the end of January into February, we are likely to have higher pressure across the UK than during previous weeks.

“The northwest will probably see the wettest and windiest weather whilst further south and southeast it should be drier and brighter with an increased risk of frost and fog.

“There is a chance that drier, settled conditions could extend to all parts at times.

“Snow will be most likely over northern hills, but it could fall to lower levels at times, mainly in the north, during colder interludes.”

Rain will clear in the southeast and winds ease.

Elsewhere, bright or sunny spells with showers in the west.

These showers will be heavy at times in west Scotland with strong winds and a risk of hail and thunder.

Turning windier, especially in the west with outbreaks of rain spreading to Northern Ireland and western Scotland by around dawn.

Wind and rain spreading quickly across Northern Ireland and Scotland, before moving across England and Wales.

Rain locally heavy in the west with coastal gales.

Outlook for Friday to Sunday

Colder over the weekend, early frost and fog patches, mainly dry and sunny with light winds. Cloud and rain for Scotland later.