“As bad of a tragedy as it was, everyone’s really come together,” Jasmine Hale, an employee at Chef Pam’s Kitchen, told Fox News.

On Nov. 21, Darrell Brooks Jr. drove his SUV through barricades and into the parade crowd, allegedly killing six people and leaving dozens injured. Brooks has been charged with six counts of first-degree intentional homicide and is being held on a $5 million cash bail.

Waukesha Mayor Shawn Reilly explained on a livestream on the city’s Facebook page that the blue lights are being lit “to show unity and stand with those injured.” Posters in town say, “Unite with a blue light.” 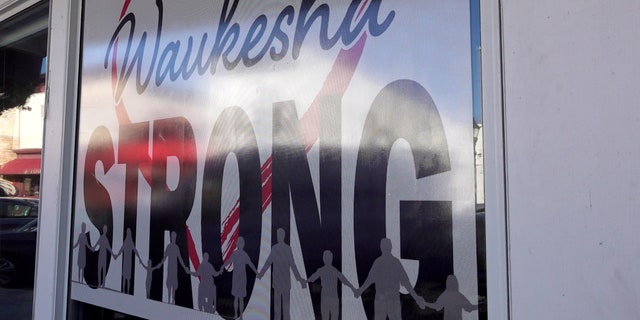 “Blue lights were an idea by somebody in the city to have everyone in Waukesha put blue lights on at a certain time, last Sunday, but also to keep the blue lights on throughout the community,” Joan Skimmons, River’s End Gallery owner and one of the blue light bulb distributors, explained.

“We’ve had people coming in all the time … people looking for the blue lights. They all want to participate.”

“Seeing everyone do that, it does mean a lot,” Martino added.

Skimmons told Fox News she lights hers because “we want to remember. We never want to forget this,” 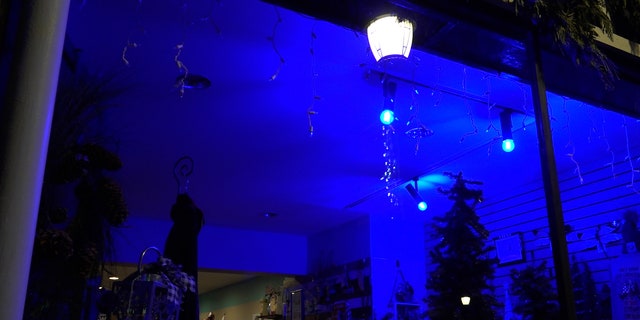 One of many small businesses with blue lights lit in Waukesha.
(Fox News Digital) 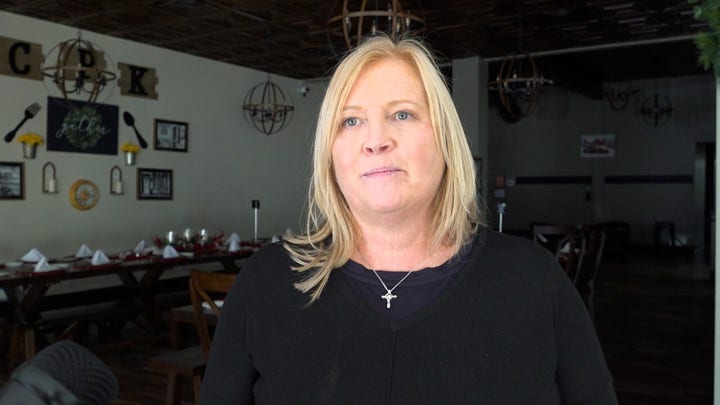 “It feels healing for me because myself and another chef that works here … we both were at the parade and we responded,” owner Pam Dennis, a retired Navy nurse, told Fox News. Dennis said they “responded wherever we could help” the night of the attack.

She credited community volunteers who have come to her kitchen “from all walks of life just wanting to pitch in. Everyone wants to be united.”