A women’s explosive racist rant about a man she claimed was ‘following’ her on public transport has been caught on video and shocked viewers online.

The two-minute clip starts with the woman standing over a passenger and telling him to leave the carriage.

‘How dare you? Get off! You’ve done nothing yet, not only are you stalking me and threatening me. Don’t do it. 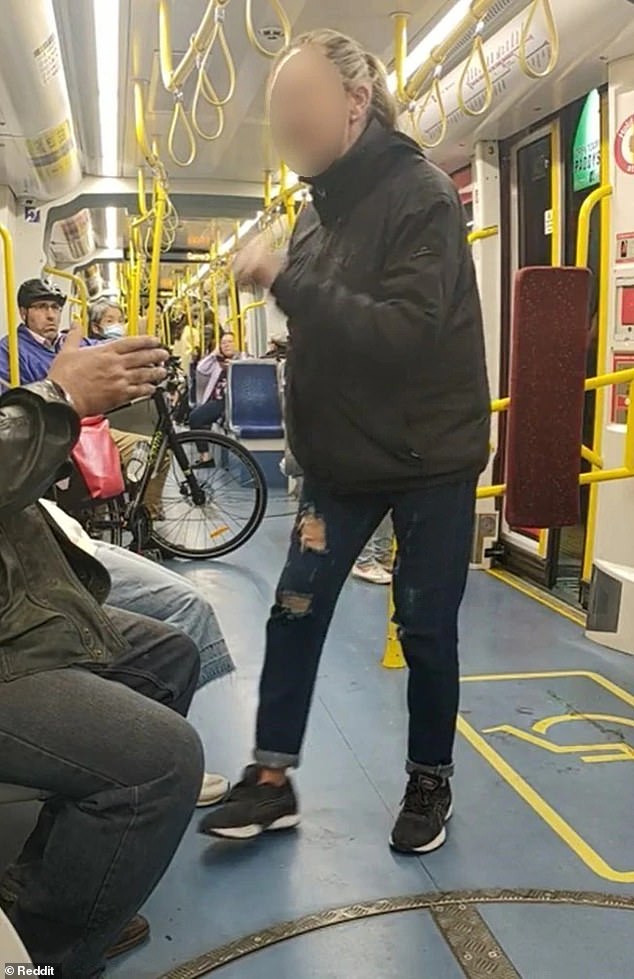 A woman’s racist rant aimed at two Sydney CBD light rail passengers was shared online (pictured, the woman standing over one of the passengers)

The woman then briefly walks away from the passenger before turning on the cameraman.

‘Next stop, both of you, And you too, Mr Chinaman, get off!’ she yelled from across the carriage.

‘You wanna follow me? You wanna talk to James Packer about it? Really?

‘Anyone follows me ever again the police will be on it and the (federal police).

Other passengers in the carriage are seen awkwardly looking at their phones to avoid catching the woman’s attention.

Nevertheless, she attempts to get other commuters on her side. 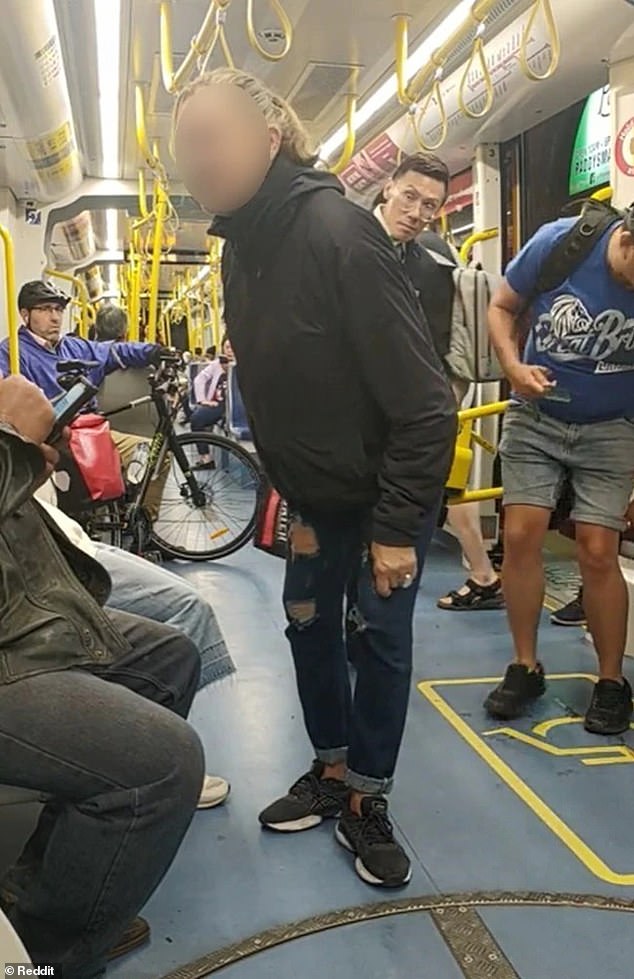 The woman (above) yelled slurs at two men inside the carriage, accusing them of ‘following and stalking’ her, and threatened to call police during what some online commenters believed was a mental health episode

‘Hey, everyone knows about it now,’ the woman said, pointing to passengers.

The cameraman then asked the woman why she didn’t call the police if she feels unsafe to which she replied: ‘I will.’

‘Are you being Mr Hoity-Toity, really?’ she said.

‘I know who you are, I know your company, I know everything.

‘What, you’re gonna kill me in front of people? Or are you gonna wait, wait, wait?’

She then calls the rest of the carriage ‘idiots’ and tells another passenger to ‘go back to the North Shore’.

While most commenters slammed the woman’s racist rant, others noted she was likely suffering from a mental illness and called out the cameraman for interacting. 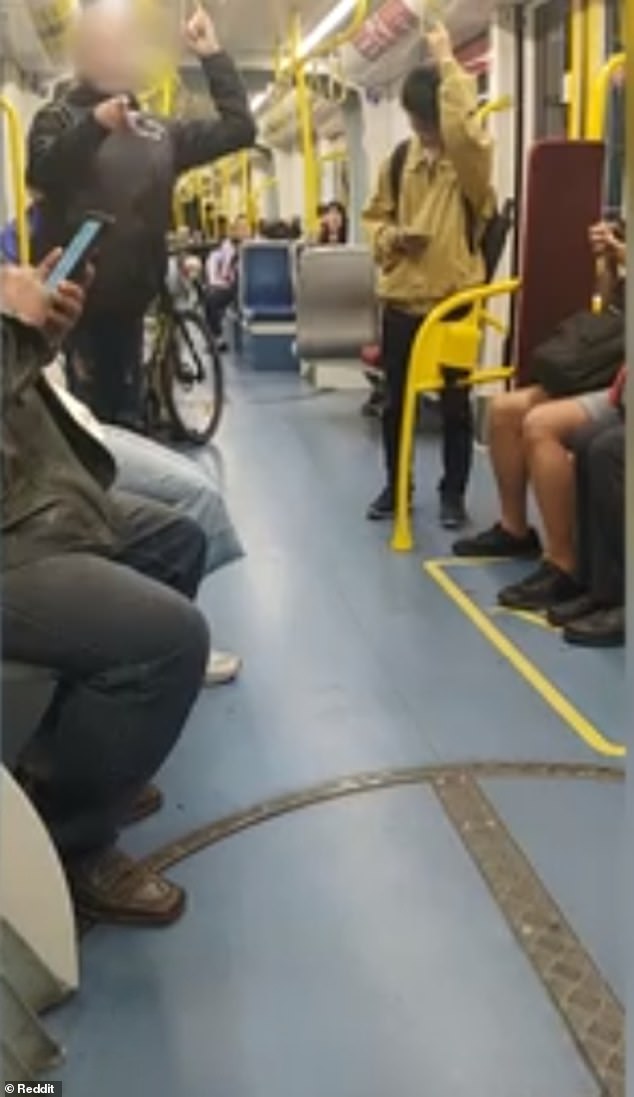 ‘To be clear she is more than just racist. She is ticking quite a few boxes. Probably a genuine mental health issue, she needs help. Probably not from James Packer,’ one Redditor wrote.

‘Ladies and gentlemen, I give you the NSW Mental Health system!,’ another said.

Another commented: ‘Just came here to say I agree that we shouldn’t be making fun of people with mental illness. However, outbursts like this happen on public transportation every day, and to be honest, it’s terrifying.

‘I wish there was more security on public transport, so that these people can be guided towards help they need, and everyday passengers can have a little less fear of being attacked verbally or physically.’