Hospitals across the country have reported dozens of patients died in care as a result of oxygen shortages. The oxygen crisis comes as Covid cases in the fourth most populous country globally quadrupled in less than a month.

Indonesia has reported almost 2.3 million cases and more than 60,000 deaths, but experts believe the real figures may be higher than reports suggest due to a lack of testing outside the capital, Jakarta.

Banu Hermanwan, a spokesperson for Dr Sardjito General Hospital in Yogyakarta city, told The Telegraph at least 33 patients have died after the institution ran out of liquid medical oxygen on Saturday.

Two hospitals in the city of Bandung also ran out of oxygen on Monday, causing institutions to turn away new patients.

Hospitals across the country have struggled with a lack of hospital beds, prompting the creation of makeshift treatment centres in tents in car parks. 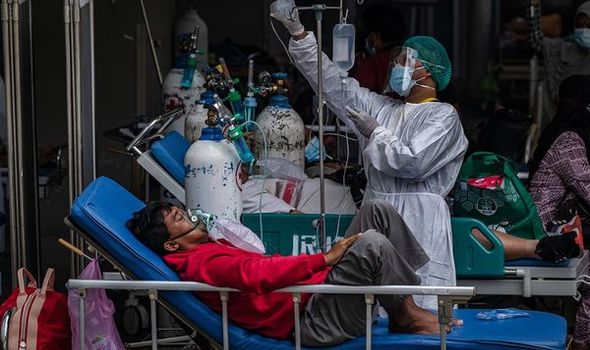 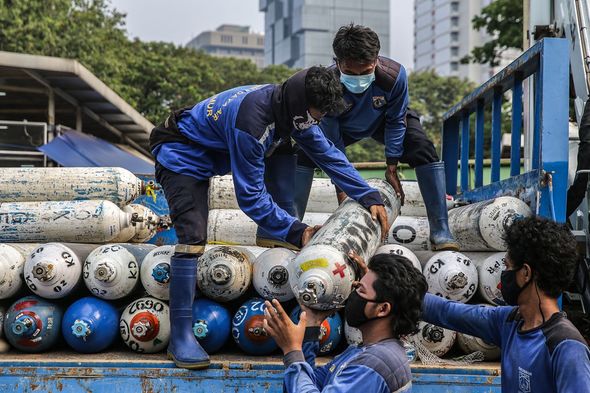 A Jakarta doctor told The Telegraph hospitals are “under siege”.

Bambang Harymurti, a public affairs analyst in Jakarta, warned the situation is getting worse.

He told Al Jazeera: “If you look around, many hospitals are either closed because they are so full they don’t admit any more patients and they are asking people to donate oxygens. 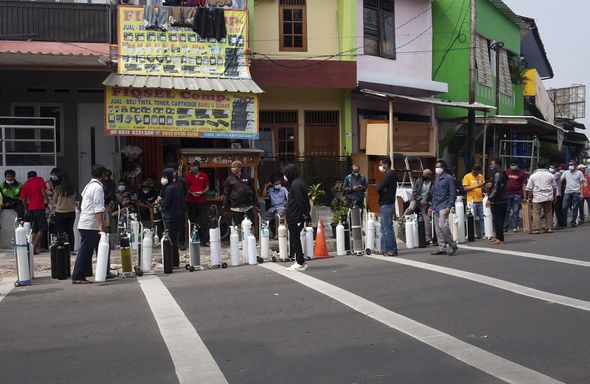 “The government is asking people not to buy oxygen because hospitals need them.

“And in fact, the authorities said the police might have to raid many places by Thursday if this situation where people are lining up to buy oxygens and essential medicine [continues]. 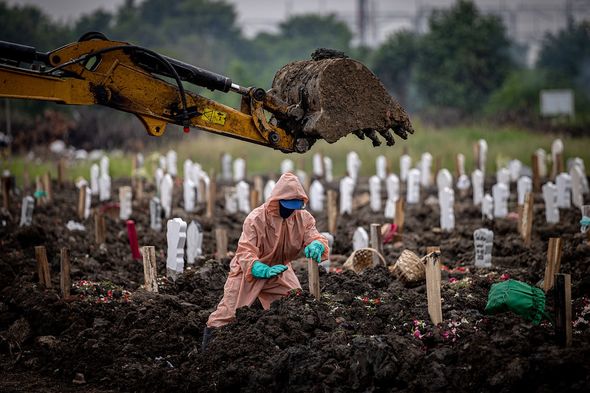 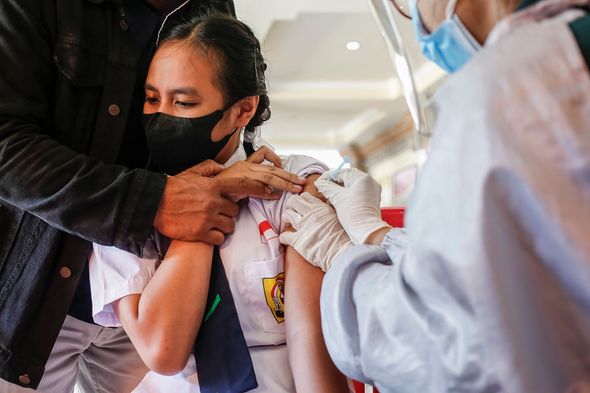 On the same day, Jakarta said the daily number of funerals had jumped tenfold since early May when case numbers began surging.

The country has announced a lockdown on the main island of Java in a bid to contain the surging outbreak.

Indonesia has currently provided one dose of the vaccine to approximately 11.8 percent of the whopping 270 million population.