Wales threatens employees with FINES for going to work: Failure to WFH ‘where reasonably practicable’ would become an offence under new anti-Omicron rules

Wales will issue fines to workers who refuse to work from home without a good reason.

From Monday, employees will be handed a £60 fixed penalty notice and companies will face a £1,000 fine for each time the rule is broken, rising to a potential £10,000.

The new health protection restrictions will make it an offence for ‘failing to work from home where reasonably practicable to do so’. 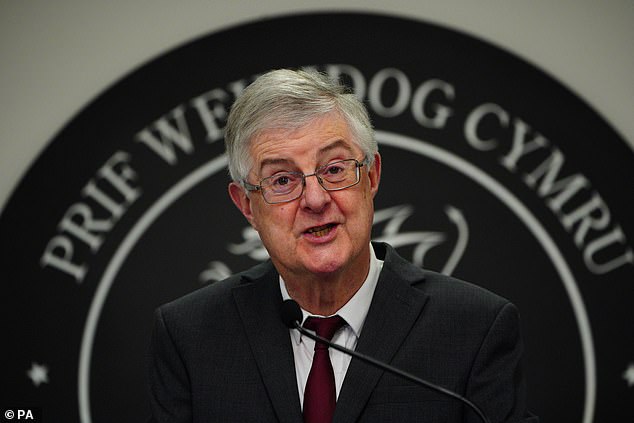 Wales will issue fines to workers who refuse to work from home without a good reason, First Minister Mark Drakeford has announced

Up until now, the Welsh government had advised working from home but the new measures will enforce everyone to stay away from the office unless it is essential.

The draconian rules were enforced due to sharply rising cases of the Omicron variant.

But some fear that staff may now be put off working altogether for fear of getting a criminal record.

The GMB trade union say they fear poor and vulnerable workers will be targeted with the new rules, with employers able to blame staff and escape punishment.

It’s not the first time the Labour-run Government has become embroiled in controversy with coronavirus legislation – having previously been criticised for a ban on the sale of ‘non-essential’ items.

Clwyd West Tory MP David Jones said: ‘The lack of clarity in this position is very troubling. More guidance should be given as to what is meant by “reasonably practicable”.

‘If clarity is not provided, many workers may be deterred from working at all, for fear of having a fine accompanied by a criminal record. 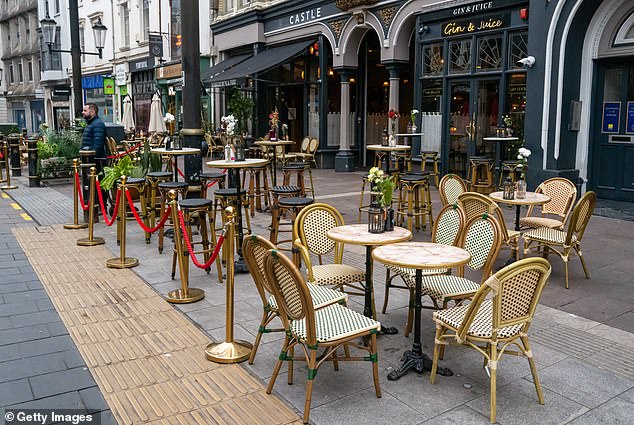 ‘This is also true in the case of volunteers, who provide important services, but may be concerned that they would not be regarded by the authorities as “working”.

‘If further comprehensive guidance is not issued quickly, there is the potential of chaos, which should be avoided at all costs.’

She said: ‘A worker is not responsible for their place of work, their employer is.

‘This sets a really worrying precedent that the responsibility is somehow shared, and is at best naive.’

Some workers who go to the office for their mental health or because of distractions at home could now find themselves breaking the law.

The First Minister announced: ‘To reduce the number of contacts between people, the coronavirus regulations will be amended to place a legal duty on employers to allow their employees to work from home if possible, and on employees to do so where practicable.

‘This is particularly important when cases rates in the community are high as contacts in the workplace can be a significant driver of transmission.’

Drakeford has implemented other restrictions in a bid to curb infections, ordering indoor and outdoor sporting events to be held behind closed doors from December 26.

A £3million Spectator Sports Fund will be available to support clubs and sporting venues affected by the new measures to protect public health.

The First Minister previously announced a mixture of advice for the Christmas period alongside new regulations to follow as part of a ‘two-phase plan’.

Nightclubs will be closed from December 27 under the new rules, although the Welsh Government has announced a £60million fund to support any businesses affected by the restrictions.

From the same date, two-metre social distancing will be mandatory in offices, and measures including one-way systems and physical barriers will be introduced in businesses to protect customers and staff.

Until December 27, the Welsh Government is encouraging people to follow five steps: getting vaccinated; making sure to have a negative lateral flow test result before going shopping or meeting people; meeting in well-ventilated areas – preferably outdoors; spacing out socialising to allow test days in between; and adhering to social distancing, wearing a face covering and washing hands.

It is also urging people to reduce contact with others over the coming days, especially if Christmas plans include seeing older or more vulnerable people.

Mr Drakeford said restricting the number of households allowed to meet remained a possibility, and hinted at the prospect of further restrictions in hospitality settings after Christmas, such as the rule of six.