I found the perfect way to beat traffic jams – dodge ’em! Inventor gets around hometown in converted theme-park ride

Inventor Mark Harper simply glides along the pavement in a converted dodgem.

The 46-year-old is now an attraction in his home town as he uses the old fairground ride to do his high street shopping. 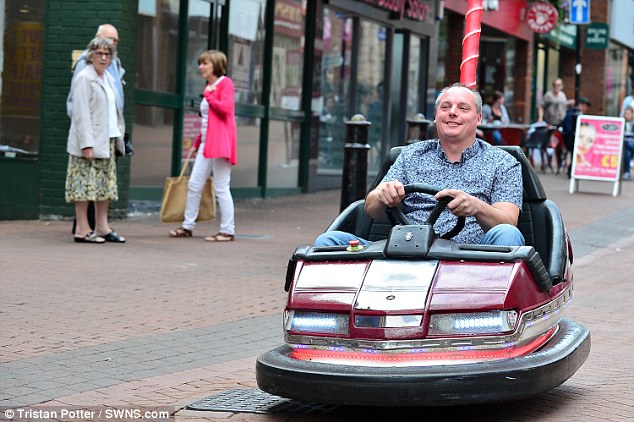 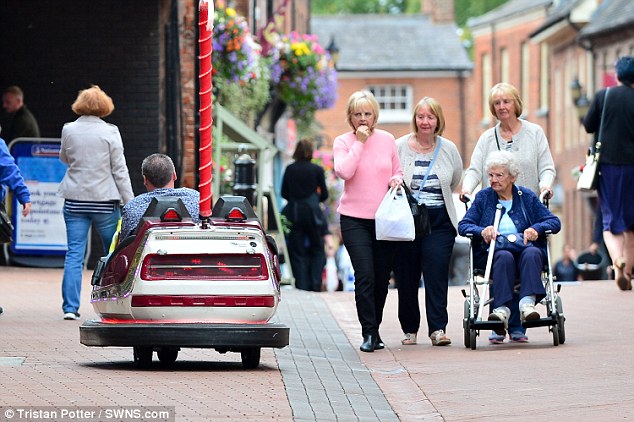 He bought the theme park vehicle on eBay for £400 and spent almost £2,500 kitting it out with a mobility scooter engine, caravan battery, LED lights and sound system.

The bumper car – which is not used on the roads so doesn’t need a licence – can reach a top speed of 8mph.

The maintenance engineer said he came up with the idea when a mobility scooter ran over his foot in a shop.

The father-of-three, of Tamworth, Staffordshire, said: ‘I bought the dodgem on eBay for around £400 and installed an engine from a mobility scooter and a massive leisure battery which are usually found in caravans.

‘I’ve kitted it out with lights and a sound system including an MP3 player and speakers, so I can pump out some tunes as I’m tootling about.

‘I enjoy just driving it around Tamworth and people seem to love it and want photos taken with it all the time. It seems to brighten up people’s days. 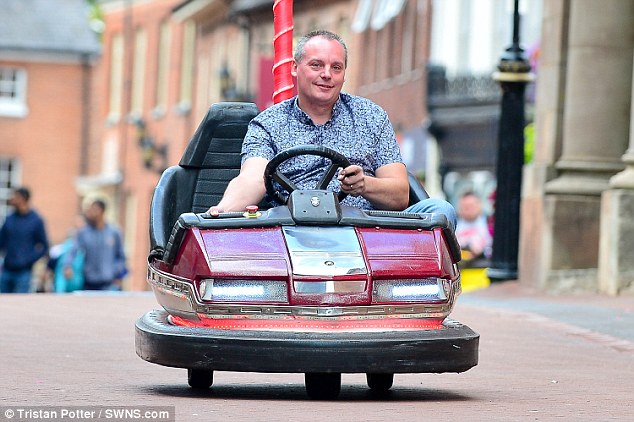 The father-of-three bought the cart on eBay for £400 and spent almost £2,500 kitting it out

‘I made four in total, but sold two of them – one went for £1,300. I’ve got one and my missus had got the other one. Sometimes we go out together in them.

‘They can only do 8mph so they can’t go that fast, but its a great way to just nip around town and avoid traffic on the roads.

‘I did contact the DVLA to see if I could make it officially roadworthy but they never replied, I wonder if they thought it was a joke.

‘It can manoeuvre quite well and I can keep up with mobility scooters on the high street easily enough, sometimes I like to race them.” 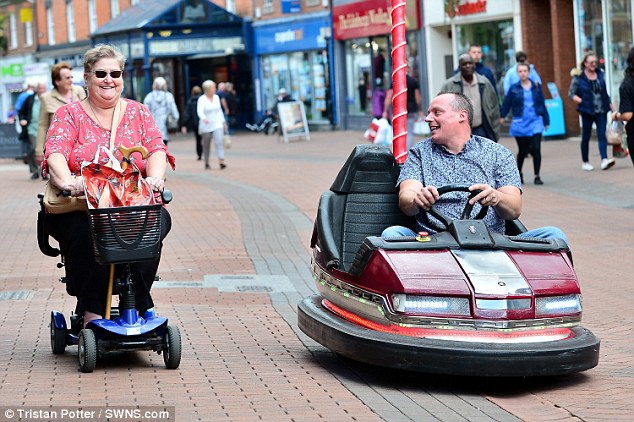 Mark, who is married to Jackie, 50, has also built two clown cars as well as another vehicle adapted from a theme park log flume.

He added: ‘My wife likes to call it a midlife crisis, but I think its a fun hobby to have and my grandkids love them as well.

‘It’s just a bit of fun really and it brings smiles to people’s faces, so that makes it worthwhile for me.”