Volcano in Japan erupts and rains ash down on residents up to 1.5miles away triggering evacuations

Japan raised its emergency alert level to the maximum five and urged residents to evacuate after a volcanic eruption.

There were reports of volanic stones raining down at a distance of 2.5 km (1.5 miles) from the volcano, according to state broadcaster NHK.

The eruption alert level has been raised to 5, the highest, with some areas advised to evacuate, it added. 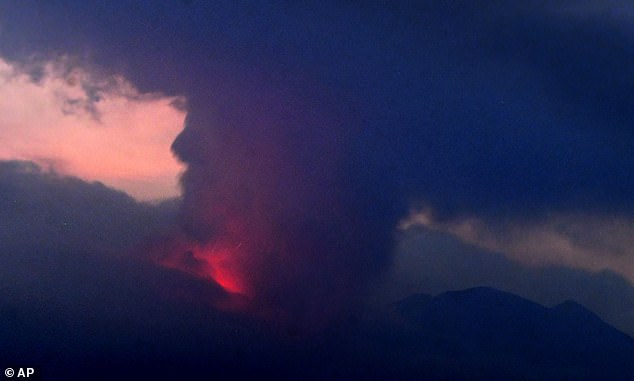 Sakurajima (pictured tonight) sent volcanic stones raining down 1.5miles away from the peak 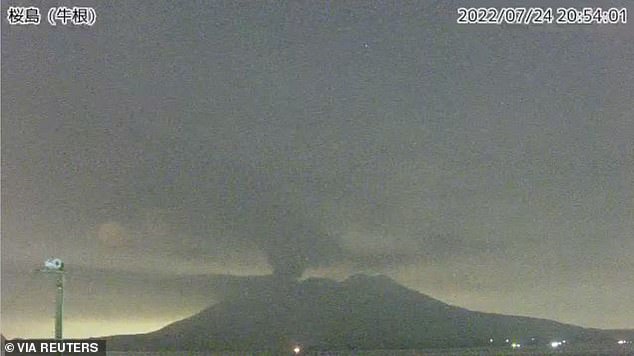 Sakurajima is one of Japan’s most active volcanoes. Its eruption triggered an earthquake 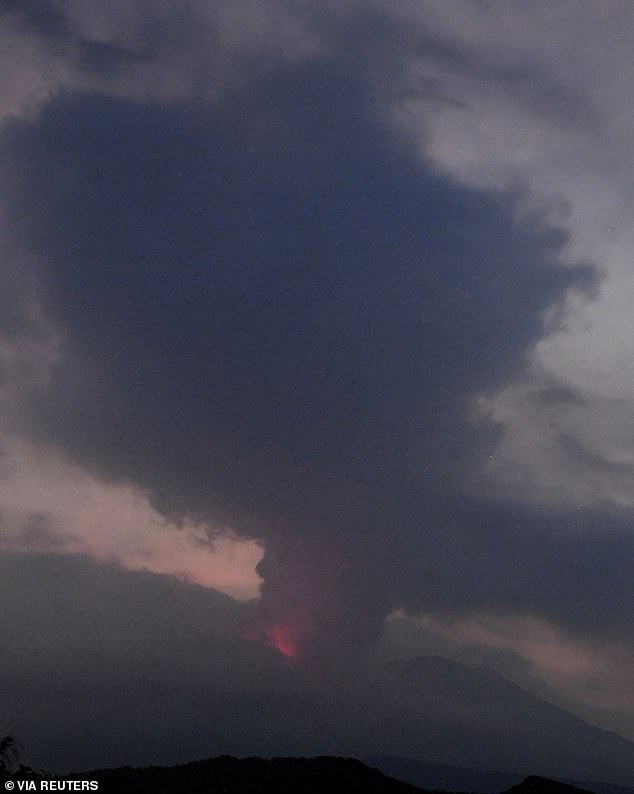 The facility is just 31 miles northwest of Sakurajima.

At 10pm local time (2.30pm GMT) a Japanese government spokesperson told reporters the government had not heard of any damage from the eruption.

There were no immediate reports of damage.

Sakurajima is one of Japan’s most active volcanoes and eruptions of varying levels take place on a regular basis. In 2019 it spewed ash 5.5 km (3.4 miles) high.

Video footage from Sunday’s eruption showed what appeared to be a red mass flowing down one side of the volcano, with red projectiles shooting out while smoke, hard to see in the darkness, billowed up.

Most of the city of Kagoshima is across the bay from the volcano but further residential areas within about 3 km (1.9 miles) of the crater may be ordered to evacuate, NHK said.

Officials at Prime Minister Fumio Kishida’s office were gathering information about the situation, it added.

In 2016 scientists led by Bristol University found that magma building up beneath Japan’s Aira Caldera, caused by the Sakurajima volcano, may threaten Kagoshima, known as the ‘Naples of the Eastern world’, with 600,000 inhabitants. 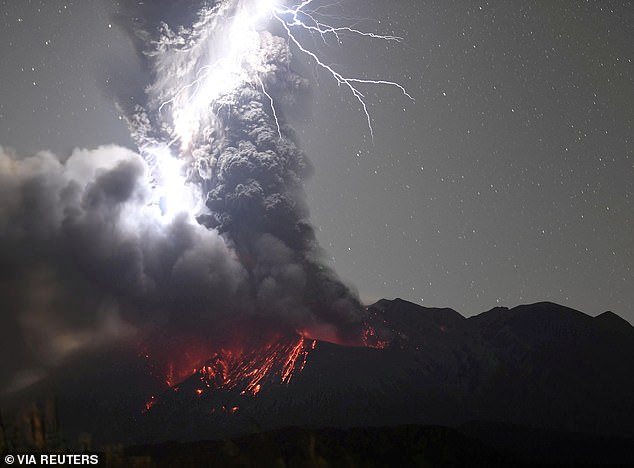 Volcanic lightning is pictured billowing above the 1,117m-high peak in December 2020 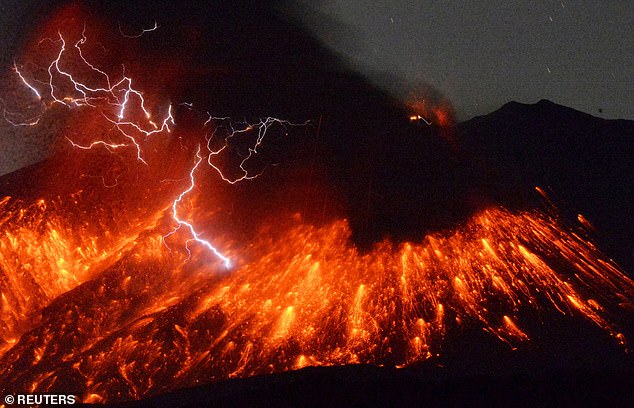 The team analysed surface deformation in and around the caldera and volcano to characterise the magma supply conditions, and how they can be used for eruption forecasting and hazard assessment.

The magma build-up could see the volcano repeat its deadly eruption of 1914, which killed 58 people and caused widespread flooding in Kagoshima.

Aira caldera is a large, submerged crater in the southern part of Kyushu, Japan, caused by the violent explosion and subsequent collapse of Sakruajima’s huge magma reservoir.

The deadly 1914 eruption was around 1.5 km cubed in volume. From now it would take roughly 130 years to save up enough magma for another eruption of a similar size, scientists warned.