Tiny 200-year-old Cornish pub which shares its name with Vogue gets signed, framed APOLOGY from Conde Nast after it was threatened with legal action – as owner says ‘we’re all friends now’

The landlord of a beloved 200-year-old Cornish pub has received a framed apology from fashion magazine Vogue after its publisher threatened to sue the business over its similar name.

Conde Nast had earlier this month sent a ‘cease and desist’ letter to family-run Star Inn at Vogue, a hamlet near the leafy civil parish of St Day.

However the publisher, who demanded the business change its name, later called off their lawyers, admitting they should have done their research.

The pub, owned by landlord Mark Graham, 60, far outdates the magazine, while the village it sits in is even older.

After receiving an apology, Mr Graham, who has run the business with his wife Rachel for 17 years, was sent a framed and signed copy from Vogue’s legal department, which officially retracted the cease and desist order.

He told Cornwall Live: ‘I’ve had calls from Australia, America, Germany, Holland. I thought it was just a nice little story which might be of interest to a few people. But it’s taken off.’

The publican said he now cannot leave the house without people mentioning the story, which he said has been a ‘great source of amusement.’

A cover note for the apology letter reads: ‘From one Vogue to another – please accept our apologies.’ 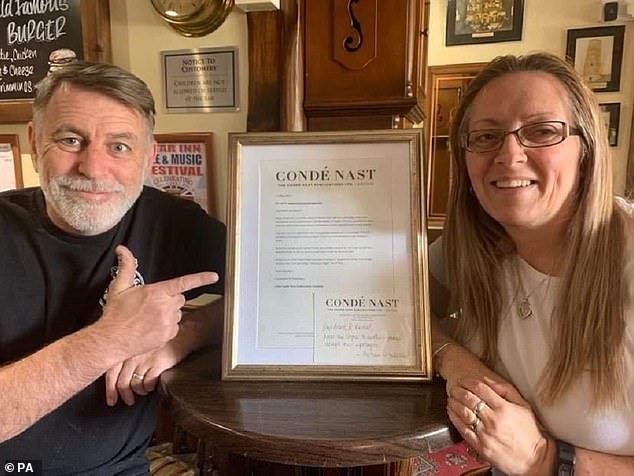 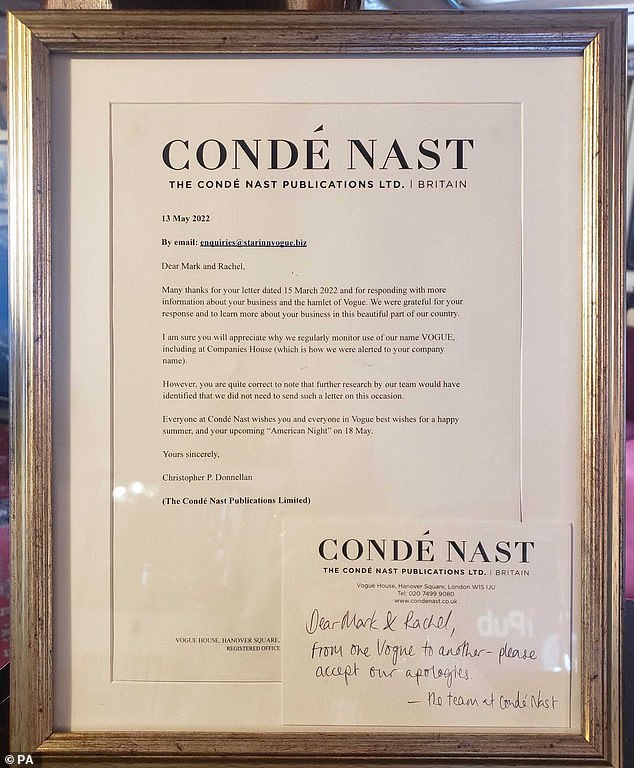 A cover note for the apology letter reads: ‘From one Vogue to another – please accept our apologies.’ 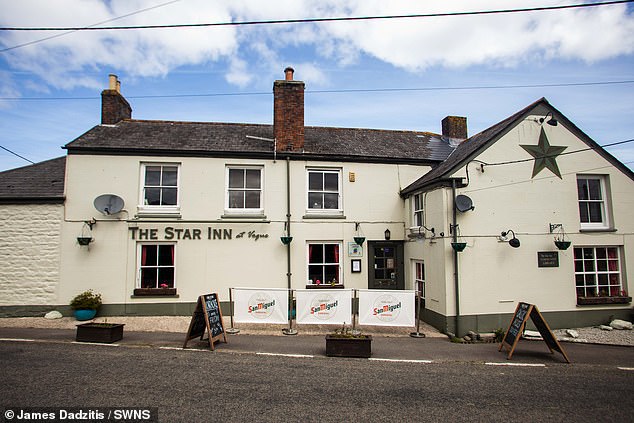 The Star Inn at Vogue (pictured), in Cornwall, has been around for 200 years 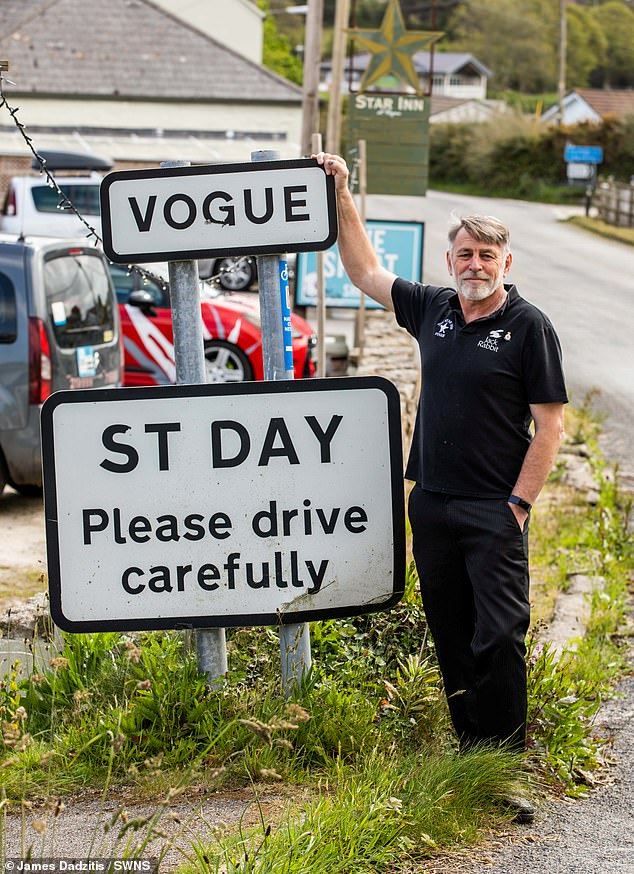 The letter he had written to bosses at Vogue, after it demanded the pub change its name, has gone viral around the world. (Pictured: Mr Graham at the entry to the hamlet of Vogue, Cornwall)

Mr Graham added: ‘I thought that was a nice touch. I did enjoy that.’

Mr Graham said he could not believe it when he received the original letter requesting that the pub’s name be changed.

‘I thought that one of my customers was having a wind-up,’ he said.

The letter he had written to bosses at Vogue, after it demanded the pub change its name, has gone viral around the world.

He wrote: ‘Whilst I found your letter interesting on the one hand, I also found it hilariously funny. I presume your magazine bases its name on the dictionary term for being in fashion which is uncapitalised as used in the Oxford English Dictionary.

‘If a member of your staff had taken the time to investigate they would have discovered that our company, the Star Inn, is in the small village of Vogue, near St Day, Cornwall.

‘Yes, that’s right, Vogue is the name of our village, which has been in existence for hundreds of years and in fact is a Cornish word, not English.

‘I note in your letter that you have only been in existence since 1916 and I presume that at the time when you chose the name Vogue in the capitalised version you didn’t seek permission from the villagers of the real Vogue.

‘I also presume that Madonna did not seek your permission to use the word Vogue (again the capitalised version) for her 1990s song of the same name.

‘You are both at liberty to use the uncapitalised version without our permission. As a side note she didn’t seek our permission either.’

Mr Graham concluded saying: ‘In answer to your question whether we would change our name, it is a categorical NO.’ 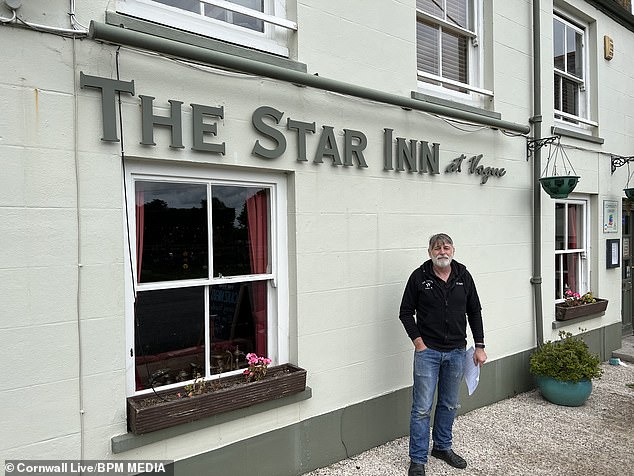 Conde Nast sent a ‘cease and desist’ letter to the family-run pub Star Inn at Vogue (pictured), which is nestled in a hamlet near the leafy civil parish of St Day in Cornwall 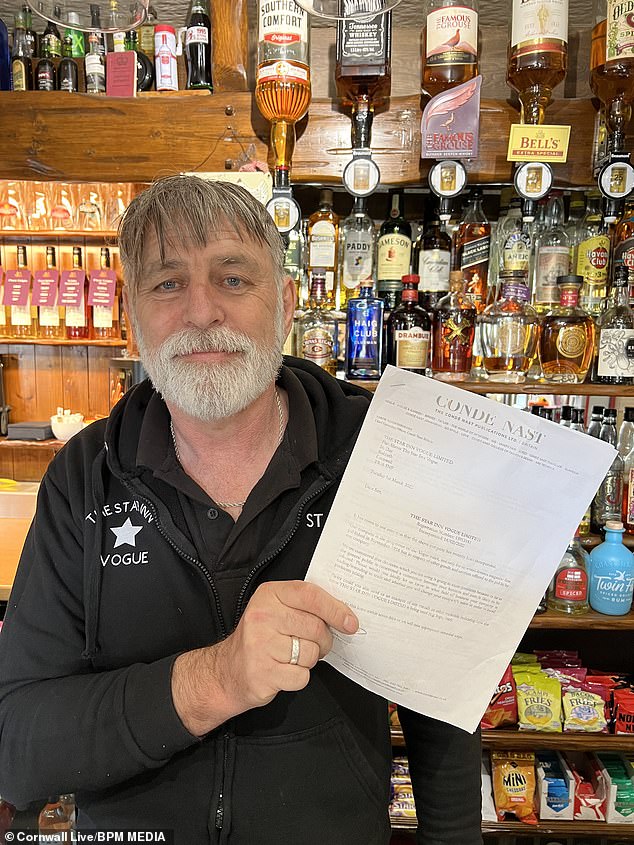 Publican Mark Graham (pictured), 60, had said he could scarcely believe it when he received the legal warning and added: ‘It seems common sense has taken a backseat on this one’

The confusion, the company said, was caused when the pub changed its legal status to a limited company.

Condé Nast lawyer Christopher P Donnellan responded: ‘Many thanks for your letter dated March 15, 2022 and for responding with more information about your business and the hamlet of Vogue.

‘We were grateful for your response and to learn more about your business in this beautiful part of our country.

‘I am sure you will appreciate why we regularly monitor use of the name Vogue, including at Companies House (which is how we were alerted to your company name).

‘However, you are quite correct to note that further research by our team would have identified that we did not need to send such a letter on this occasion.

‘Everyone at Conde Nast wishes you and everyone in Vogue best wishes for a happy summer, and for your upcoming ‘American Night’ on May 18.’

Signed off by Conde Nast’s chief operating officer Sabine Vandenbroucke, the original letter noted her ‘grave concern’ that Vogue the hamlet could cause a mix-up in global trade for the fashion bible of the same name.

The letter read: ‘Our company is the proprietor of the Vogue mark, not only for its world-famous magazine first published in November 1916 but in respect of other goods and services offered to the public by our company.

‘We are concerned that the name which you are using is going to cause problems because as far as the general public is concerned a connection between your business and ours is likely to be inferred.’

But Mr Graham said he could scarcely believe it when he received the warning, saying: ‘It seems common sense has taken a backseat on this one.

‘When I opened the letter I thought some b****r in the village was having me on’, he added. 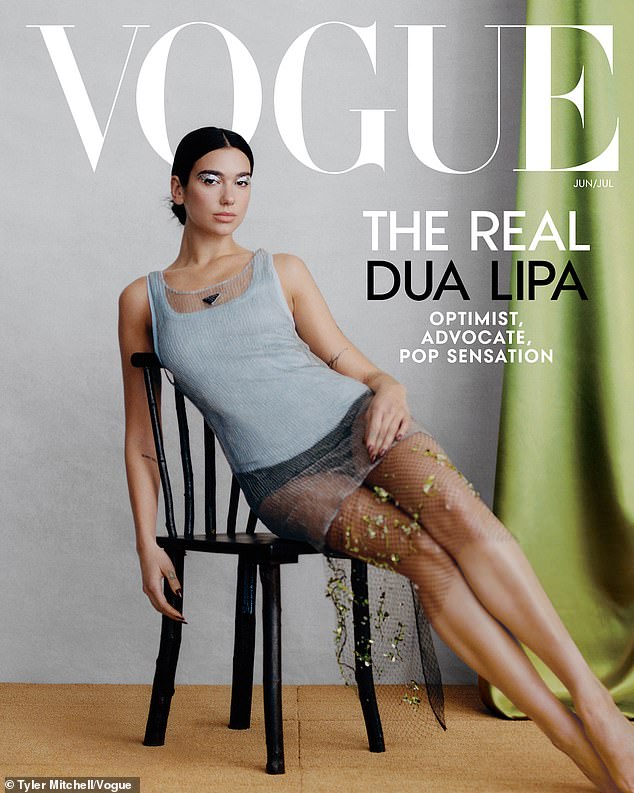 In its original letter, the fashion bible, read by millions of people in the UK alone, noted its ‘grave concern’ that Vogue the hamlet could cause a mix-up in global trade for the magazine of the same name

‘Surely these people can’t be serious? In this day and age, someone couldn’t be bothered to go onto Google and see that Vogue is a Cornish hamlet that’s been here for hundreds of years.’

Ms Vandenbroucke’s letter, dated March 1, 2022, also asked Mark and Rachel to provide more information about what type of business the Star Inn Vogue pub is about and any imagery it uses to make sure it obviously can’t be confused with the magazine.

At the end it adds threateningly: ‘Please reply within seven days or we will take remedial action.’

Mark, who thought some of his punters were having a laugh at his expense, did reply with a long missive – complete with a selection of photos of the pub and street names found in the area, bearing the name Vogue.

He and his wife have run the pub successfully for the past 17 years.

He thinks Vogue’s confused state may have arisen when he and his wife decided to change their trading status from a partnership to a limited company and the name popped up on Companies House and suddenly Condé Nast went into a fashion flap.