VILLAGERS in Surrey have resorted to leaving their homes wearing cycle helmets after a spate of catapult attacks left them feeling "under siege."

Police were called to Russel Drive, Stanwell over the weekend and sent up drones after a number of properties were pelted with stones causing significant damage. 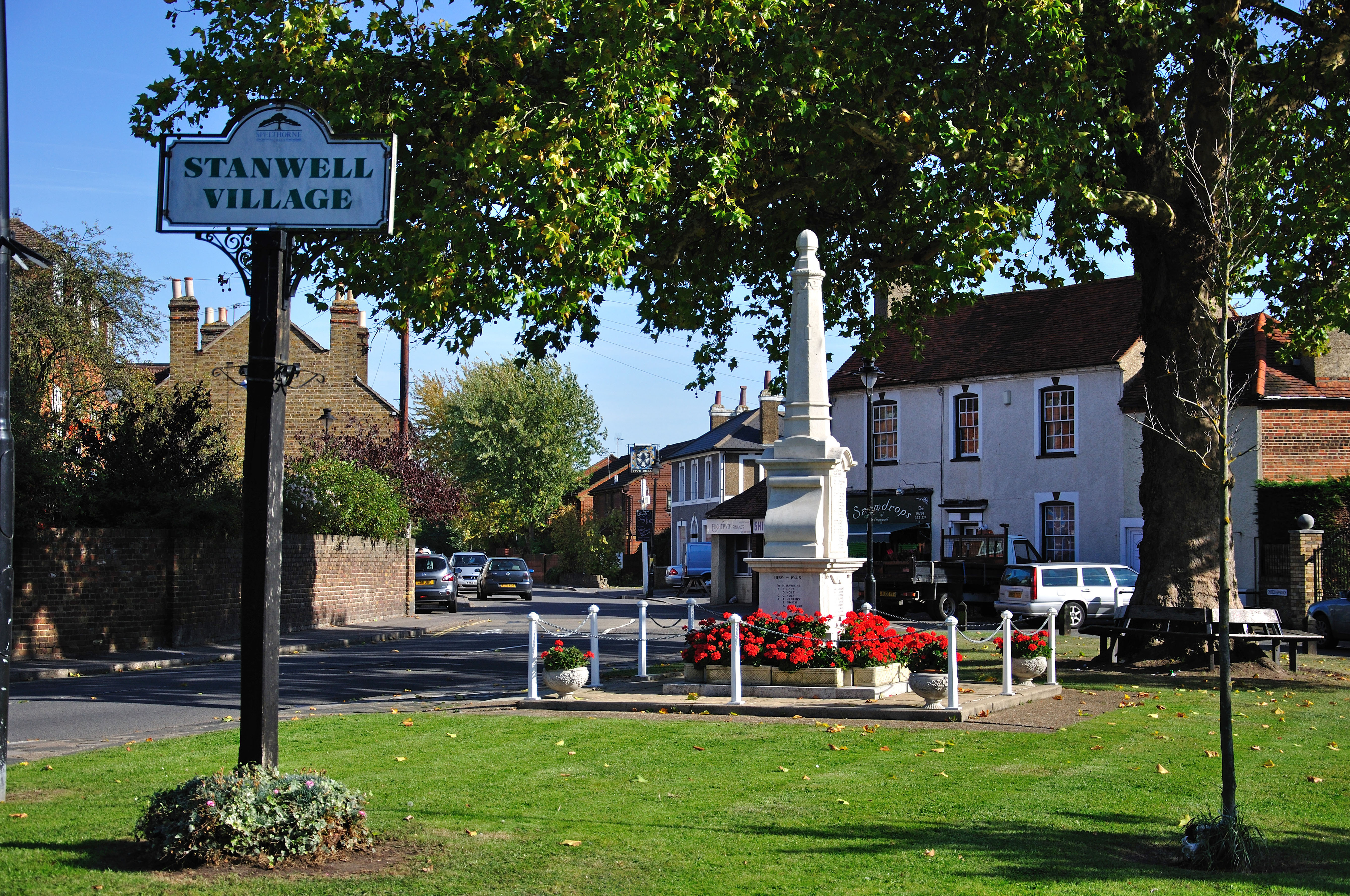 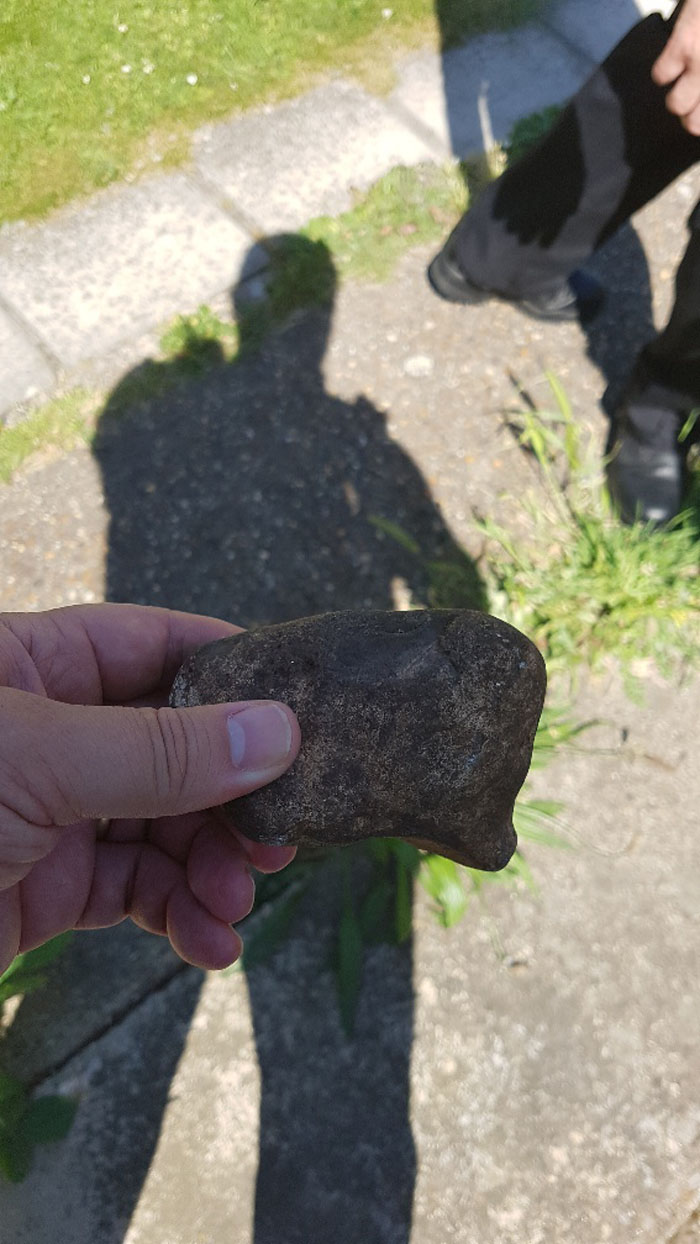 The attacks are believed to be have been carried out by a mystery catapultier hiding in a neighbouring nature reserve.

Homeowners said they now feel they are "under siege" and can no longer park their cars outside their properties, open their windows or enjoy the heatwave in their gardens.

Neighbourhood Sergeant Paul Grinter, of Surrey Police, said: "The residents cannot enjoy their gardens, cannot open their windows and cannot park outside their homes. They are under siege.

"They live in fear of being hit by one of these missiles, which have already caused substantial criminal damage to property, and have been told some have taken to wearing cycle helmets when they leave the house.

"It is only a matter of time before someone is injured."

Police attended the far end of Russell Drive – where homes sell for an average of £410k – on Monday morning and were met with a barrage of rocks.

One of the projectiles smashed a marked police car's wing mirror while another landed a few centimetres away from an officer.

Investigators believe the rocks, which are launched at two or three at a time, are being catapulted or thrown from the nature reserve behind the houses.

The Safer Neighbourhood team are continuing to patrol the location every day and are working with drone operators to identify where the large stones are being launched from. 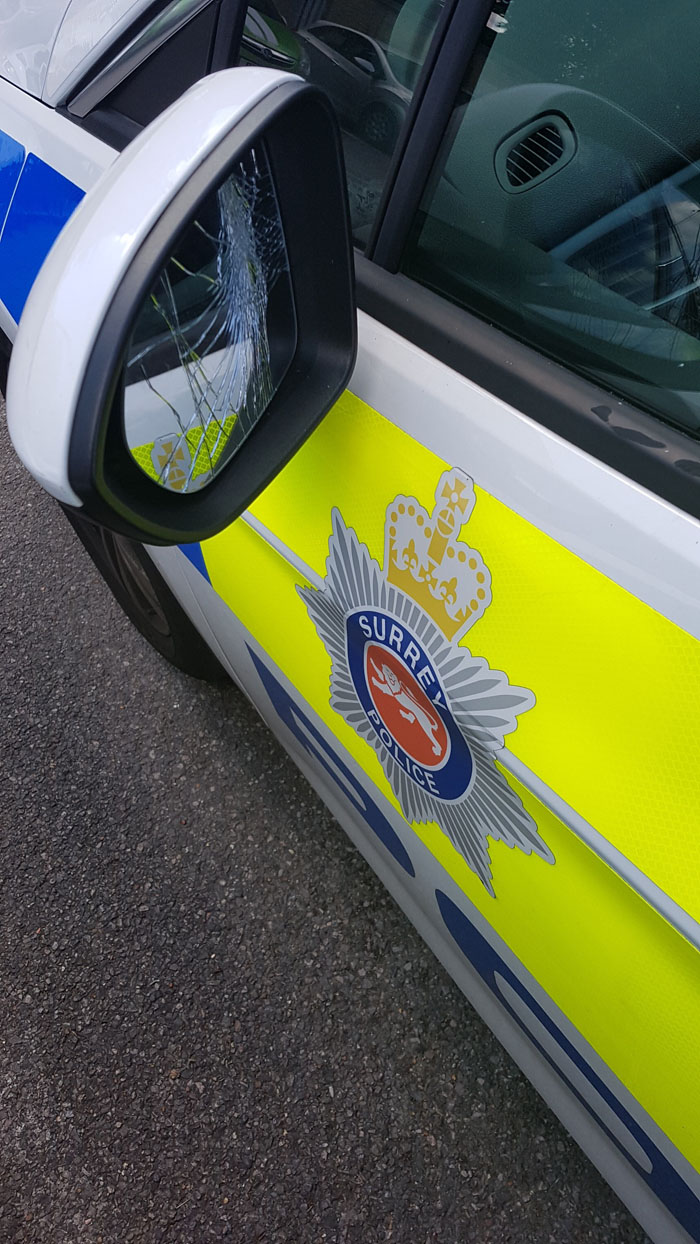 There have been previous problems with catapults in the village.

Last year a group of boys were spotted deliberately targeting swans on the Duke of Northumberland and Longford Rivers, known locally as the Twin Rivers.

Mr Grinter added: "I would urge those responsible to stop, immediately.

“Catapults are not toys – if you are carrying a catapult with intent to cause injury, it counts as an offensive weapon.

"I would also ask anyone who walks on the nature reserve to be extra vigilant and report any concerns to police. If you see anyone firing projectiles from the reserve, dial 999 immediately."

Anyone with information is being urged to contact Surrey Police online, through social media or by dialling 101.