Moscow: President Donald Trump's lawyer Michael Cohen received payments of a reported half million dollars after the 2016 presidential election, from a company controlled by Viktor Vekselberg, one of Russia's richest men and a member of President Vladimir Putin's inner circle.

The reason for that payment is not clear. But the Russian billionaire has not shied away from showing his support for the American president: he attended Trump's inauguration, his spokesman confirmed at the beginning of the year. He was able to do so with tickets given him by his American cousin, Andrew Intrater, who is president of the investments firm Columbus Nova, an affiliate of Vekselberg's. 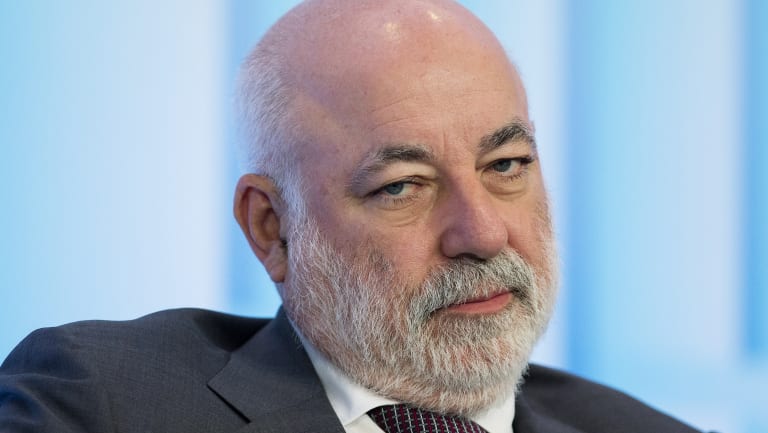 And in the past, Vekselberg crossed paths with other key Trump-related figures. In December 2015, he attended the now-infamous 10th anniversary gala for the Kremlin-owned RT channel, where Putin sat beside Michael Flynn, who was later — briefly – Trump's national security adviser.

Vekselberg, who was one of two dozen Russian business executives and government officials to be sanctioned in April as part of the US response to the poisoning of a Russian double agent in London, is now under intense scrutiny.

Here's what we know about the energy and metals tycoon:

He was born in 1957 in the Lviv region of western Ukraine, then part of the Soviet Union. His father was Jewish, and Vekselberg lost various relatives in the Holocaust. He graduated from the Moscow Institute of Transport Engineers in 1979. Throughout the 1980s, during the final decade of the Soviet era, Vekselberg worked for various state-run laboratories as a researcher. 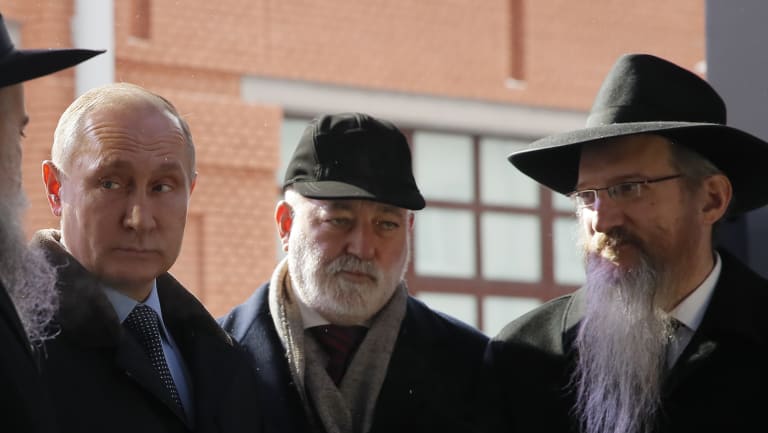 Russian President Vladimir Putin and, businessmen Viktor Vekselberg, second from right,
stand next the stone of the memorial to members of the resistance at Nazis concentration camps during WW II, at the Jewish Museum and Center for Tolerance in Moscow, Russia in January.

His career trajectory from modest Soviet worker to one of Russia's super rich followed a familiar pattern among his fellow oligarchs: He took advantage of the collapsing communist regime, starting small, then used his cash to snatch up parts of Russia's vast resource sector, which were carved up and privatized in the 1990s.

According to Forbes, he sold scrap copper from cable wires, before moving on to buying aluminum smelters in Siberia. He founded the oil and metals conglomerate Renova Group, which is headquartered in Switzerland.

In 1997, he became a stakeholder in TNK-BP, a joint oil venture with the British oil giant. When he later sold his controlling stake in TNK-BP, in 2012, to the Kremlin-controlled oil major Rosneft, he became Russia's richest man, with an estimated fortune of $US18 billion. Others have since made more, but Vekselberg is still in the top 10 list of the richest Russians. He is also the president of the state-funded tech developer Skolkovo Foundation, ostensibly Russia's answer to Silicon Valley. His investment portfolio is diversified, with businesses across multiple sectors and locations.

He has Russian citizenship and, since last year, Cypriot as well. 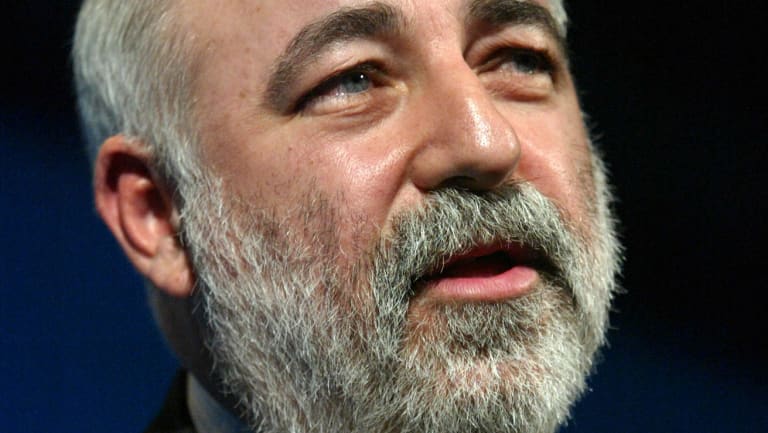 Vekselberg is somewhat of a culture buff, especially where Russia is concerned. He has a penchant for Fabergé eggs, and is thought to own more of the tiny bejeweled treasures than any other individual in the world. In 2004, he bought nine Farbegé Easter eggs from the Forbes family for $US900 million. The gilt-edged gems, some containing tiny golden ships, went on display at the Kremlin and in St Petersburg some years later.

Once prized possessions of the czars, the eggs were looted as the Bolsheviks swept to power over a century ago. Returning them to the homeland was cast as a patriotic gesture. When asked by Esquire in 2013 if Putin was grateful, Vekselberg said it was important to the Russian leader that a Russian had brought the collection back.

"I've seen the emotion of our president," he was quoted as saying.

In 2007, Vekselberg put a reported $US4 million behind a Kremlin-commissioned historical action film, called "1612." Considered an allegory for Putin's Russia, the film centered on a group of Russian peasants engaged in an uprising against Polish occupiers. 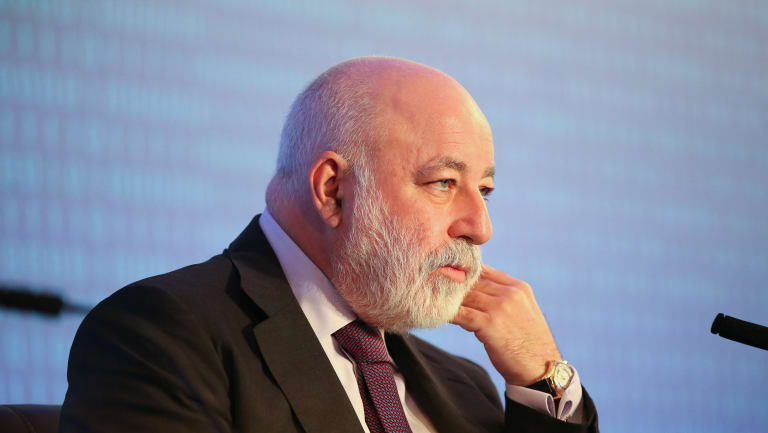 Viktor Vekselberg, billionaire and chairman of Renvova Management AG, sits on a panel at the Russian Union of Industrialists and Entrepreneurs in Moscow, Russia.

That same year, Vekselberg paid a million dollars to transport 17 Russian church bells from Harvard University back to Moscow, where they were later consecrated by the head of the Russian Orthodox Church in a lavish ceremony. Harvard received new bells in exchange.

"These bells will, of course, be our ambassadors to faraway America on the other side of the ocean, and let them always ring only for peace and friendship," Vekselberg said, according to Harvard's student newspaper, The Crimson.

Vekselberg is also a prominent member of Moscow's Jewish community. He gave money towards the sprawling Jewish Museum and Tolerance Center, which opened in 2012. (Putin also reportedly gave a month's salary towards the project.) At the opening, attended by the late Israeli Prime Minister Shimon Peres, Vekselberg said he hoped the museum would help Russians and Americans understand each other better by eradicating stereotypes that Russia is "an evil empire."

Not much is known about Vekselberg's immediate family. He met his wife, Marina Dobrynina, when they were university classmates in Moscow. Dobrynina runs a charity called "Good Century," which helps people with psychological illnesses. Together, the couple have a daughter, Irina and son, Alexander, born in 1979 and 1988 respectively. Like other members of Russia's ruling elite, Vekselberg's children studied in the West, and both attended Yale University. Alexander, who is reportedly an American citizen, also attended Fieldstone High School in New Jersey. Irina now works for Renova Group, back in Russia, while her brother owns Ferrari car dealerships in Denver and Philadelphia, according to Russia's RBC newspaper.

In the United States, the family owns a $US3 million pied-a-terre in New York and a $US5 million house in Weston, Connecticut, according to New York Magazine.