Bizarre moment youth smashes up the bonnet of a £800,000 Porsche with a metal wrench ‘with the owner’s permission’

A bizarre video shows the moment a youth smashed up the bonnet of a Porsche Carrera GT with a wrench in broad daylight as he had the owner’s permission.

Shocked onlooker Ryan Hambrook captured the incident on Folkstone Road in Dover, Kent while driving back to his home in Deal, Kent after work on Friday.

Mr Hambrook, 28, believe his eyes when he spotted the young male standing on top of and lashing the luxury car with a metal socket wrench. 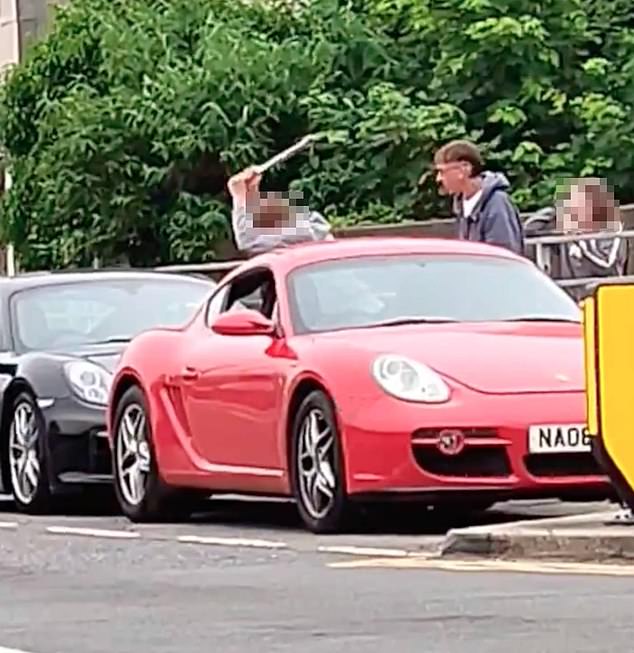 This is the moment a young man attacked a Porsche Carrera GT with a metal wrench which was parked on the side of the road in Dover, Kent 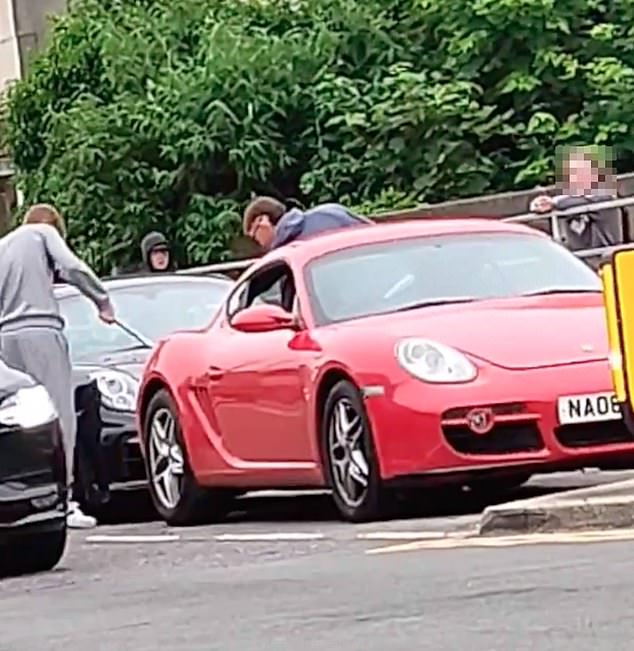 Nobeody intervened as the man beat the bonnet of the classic Porsche sports car which cost £800,000 when new

Mr Hambrook, who works in drainage, stopped to record the incident in case it might be needed as evidence.

The shocking clip shows an older male, younger male and a woman standing next to two Porsches, a red Porsche Cayman and a black Porsche Carrera GT.

The younger male, who appears to be in his late teens, climbs over a metal railing before being handed the hand tool by the older male. He then begins to relentlessly smash the bonnet of the black sports car, which is priced from £800,000 new, while the other male directs him where to beat the car.

The younger man proceeds to thrash the car using the metal tool as hard as he can for around 50 seconds before the wrench is taken off him.

Mr Hambrook shared the video to Facebook later that evening writing: ‘F***. Folkestone Road.’ The post has now collected hundreds of comments, likes and shares from Facebook users who were mixed in their responses. 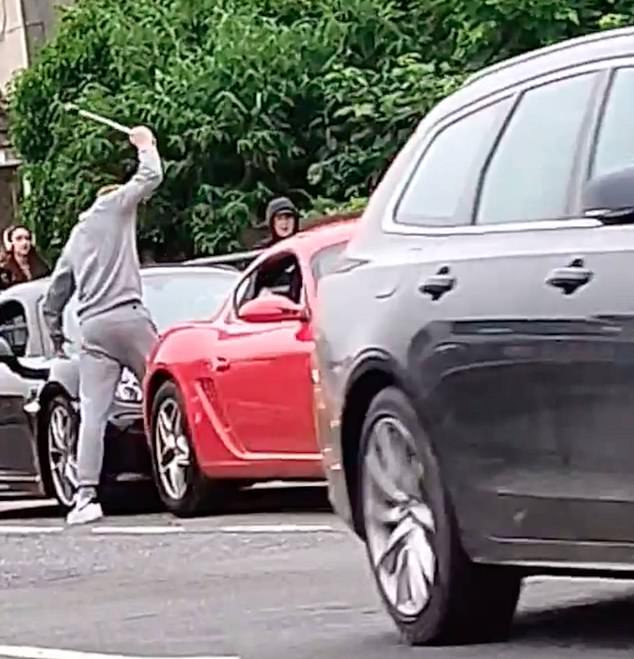 According to Kent Police, who investigated the incident, the youth, pictured, had the owner’s permission to attack the grand tourer

Some social media users have speculated that it was the owner of the car that was encouraging the damage.

Locals claimed that the vehicle was later discovered abandoned at the side of a road. Lau Ra said: ‘So the people walking past then, not one even looked. ‘Are we so accustomed to this behaviour in Dover that people don’t even blink an eye? 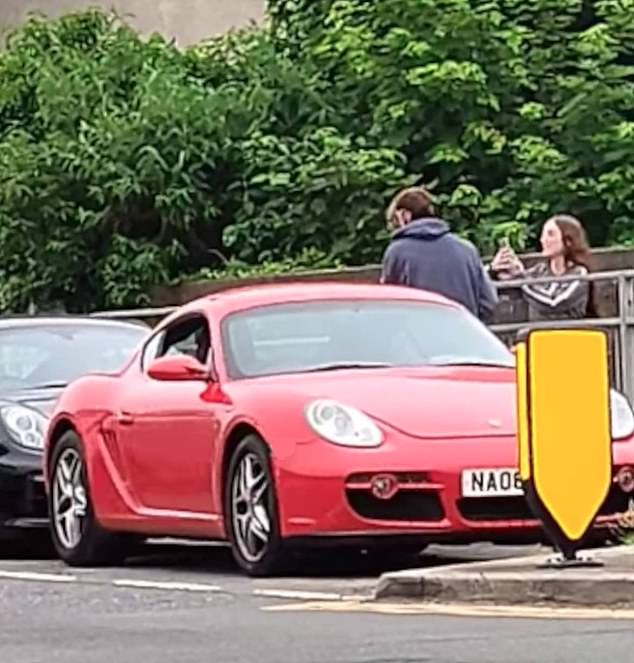 Kent Police confirmed that because the owner wanted his car damaged, no offences have taken place

Speaking to MailOnline, Mr Hambrook said: ‘I was driving back from work and I saw the older guy stood on top of the car hitting it, I assumed he didn’t own the car and the owner would want as much evidence as he needed so I filmed it until I’d gotten enough evidence and then drove home.

‘I was shocked to see it happening, it’s not something you see every day. ‘Folkestone Road isn’t the best of areas but I’ve never seen anything like that.

‘I just thought well, you don’t see that every day.’

A Kent Police spokesperson told The Sun: ‘Kent Police received a report of possible criminal damage to a car in Folkestone Road, Dover at 6.10pm on Friday, June 25 2021.

‘Officers attended and spoke to the registered owner of the vehicle who said he had given permission for the damage to be caused and no offences were reported.’