Officials in a Texas city responded to video of police using stun guns and pepper spray on high school students during a planned walkout last week, saying the footage “lacked context necessary” to understand everything that unfolded in the chaos.

“This demonstration on Friday was not peaceful and caused a major disruption,” Gallagher said in video posted to social media. “In one incident, not currently shown on social media, a large group of students attempted to break into an administrator’s office in pursuit of targeted individuals who were in genuine fear for their safety.”

Four students, all juveniles, were arrested during the incident. 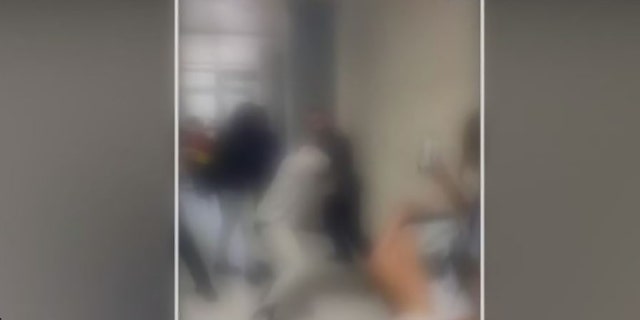 In this blurred video to protect the identities of minors, a student allegedly interferes with an arrest and is pepper-sprayed and then tased.
(D’Kenzie)

A third student police arrested had attempted to interfere with an arrest and was pepper-sprayed and then tased “when the student would not stop advancing toward the officer,” Cornelious said.

He said a fourth student spat on an officer, which is considered an assault under Texas law.

Multiple videos posted on social media show the encounter between police officers and students in a hallway, where one student appears to get pepper-sprayed and then tased. 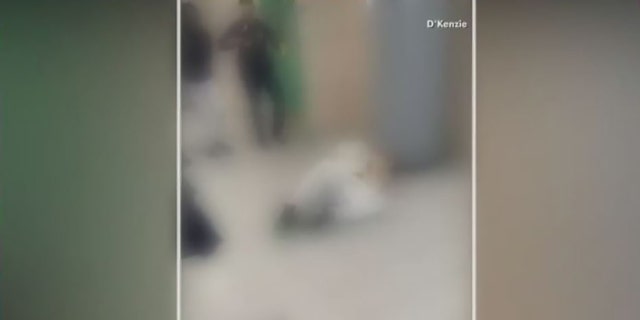 In this blurred video to protect the identities of minors, a student lies on the floor after officers appeared to pepper-spray and use a stun gun on him.
(D’Kenzie)

The walkout was in response to an allegation of a sexual assault last month involving a student, who other students claimed was disciplined for reporting the alleged assault.

“In this incident, no student received a disciplinary consequence for reporting sexual misconduct,” Gallagher said, adding that “misinformation” is believed to have led the students to walk out in support of the alleged victim.

Cornelious and Gallagher said Little Elm Police investigated the allegations but determined there was insufficient evidence to prove a crime.

Campus administration and school resource officers were prepared to accommodate a peaceful protest, according to Gallagher.

The school district will conduct a review of the protest and perform a follow-up investigation into the allegation of sexual misconduct that sparked the walkout, Gallagher said.

He said the school district will also create an independent committee to review its sexual harassment reporting and investigation process.

The school district is set to host a listening session on Nov. 30 to allow parents and community members to voice concerns and ask questions.