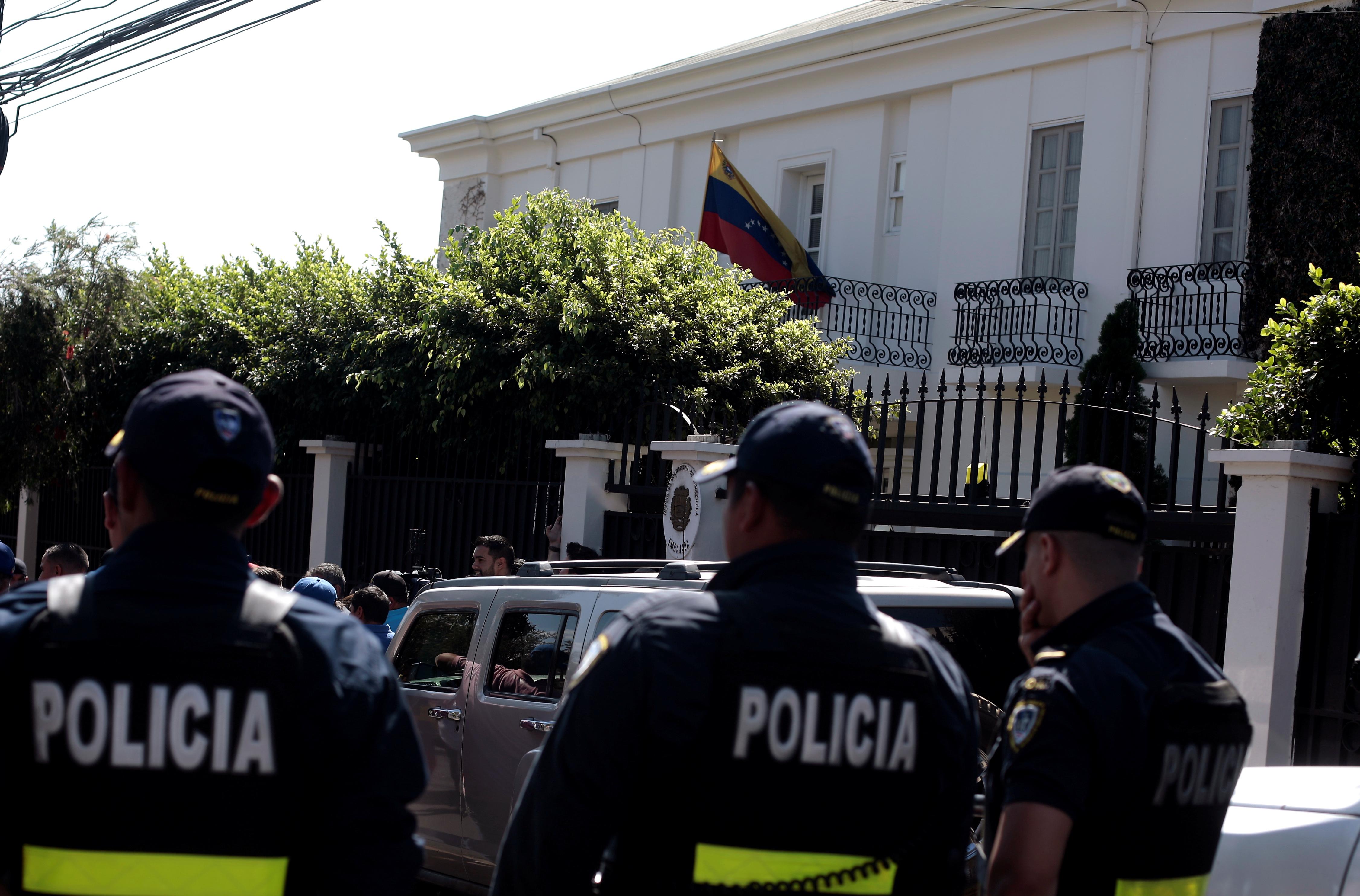 Costa Rican President Carlos Alvarado has joined the United States and a long list of governments in Latin America and Europe in recognizing Guaido, who invoked the constitution to assume the interim presidency after declaring Maduro’s reelection illegitimate.

“We have come to the embassy to move forward with the transition process,” Faria’s office said in a statement.

The office said Faria was working with a team of auditors and legal advisers to ensure an orderly transition. It was not immediately clear how her team obtained access to the embassy.

Despite recognizing Faria as Venezuela’s legitimate ambassador, the Costa Rican foreign ministry criticized her for taking possession of the embassy before the deadline, saying it would send a diplomatic note.

“For the government of Costa Rica, such a procedure is unacceptable because it damages basic diplomatic norms of respect and trust in relations in the international community, and above all, in international law,” the foreign ministry said in a statement.

“What thieves, this morning a group of strangers entered the headquarters of the Venezuelan embassy in Costa Rica,” he wrote in a post on Twitter. “The government of that country must enforce the Diplomatic Relations Convention and guarantee the operation and safety of our personnel and facilities.”

As word spread, about 30 Venezuelans opposed to Maduro gathered outside the embassy.

“Tic-toc, tic-toc,” they chanted, alluding to the short time they hope remains for Maduro’s government. At least one pro-Maduro protester also arrived.

Rodrigo Escalona, a Venezuelan who is working as an Uber driver in Costa Rica, said he was encouraged by the opposition’s presence in the embassy.

“We are already very close to regaining our freedom. We thank the people of Costa Rica for their support and for welcoming us,” he said.