US is sending RUSSIAN air defense systems to Ukraine to help fight Putin: Pentagon says there is ‘clear evidence’ of war crimes and is now delivering Soviet equipment they ‘secretly acquired from Moscow decades ago’

The Pentagon said on Monday it had seen clear evidence of Russian war crimes in Ukraine as it emerged that the U.S. was shipping Soviet-era air defense systems to bolster Ukrainian resistance.

On day 26 of the Russian invasion, a senior defense official said Russia had stepped up air sorties over Ukraine but that its ground advance remained largely stalled.

Last week President Joe Biden unveiled a fresh package of weapons for the government in Kyiv.

But it made no mention of old Russian-made equipment, such as the decades old SA-8 surface-to-air missile systems, which are reported to be on their way.

The weapons will be familiar to Ukraine’s armed forces, which have used them since the break-up of the Soviet Union.

The Wall Street Journal reported that the U.S. collected several systems – including the S-300, known as the SA-10 to N.A.T.O – during the Cold War to study their Soviet technology and better understand their armaments.

‘We are continuing to work with our allies and key partners to surge new assistance, including Soviet- or Russian-origin antiaircraft systems and the necessary ammunition to employ them, every day to Ukraine,’ a U.S. official told the newspaper. 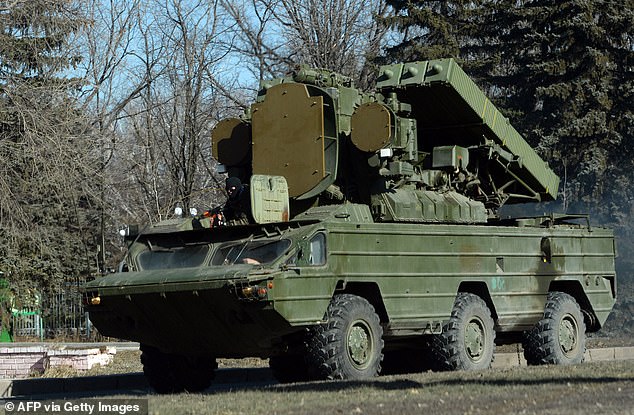 The U.S. has dug into its small store of Soviet-era weapons systems and it sending air defense equipment – such as the SA-8 mobile unit like the one shown here – to Ukraine 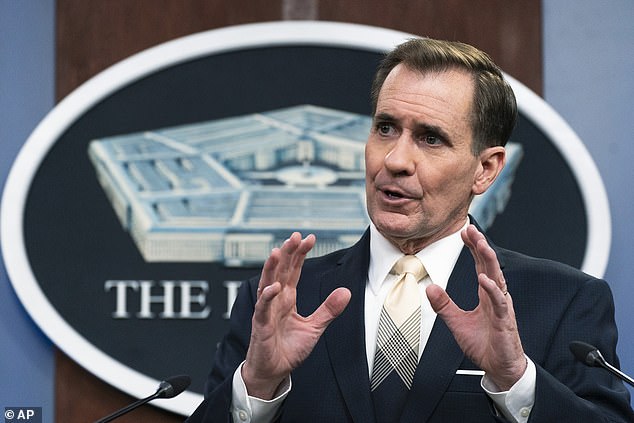 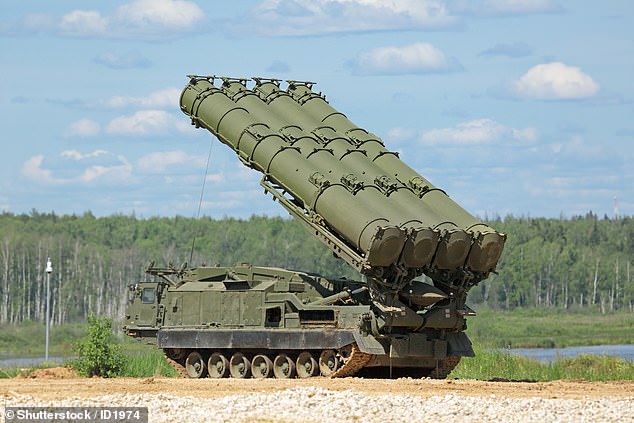 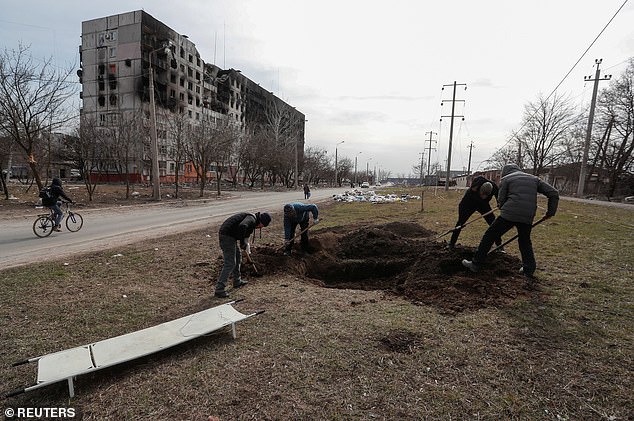 City workers dig graves on public land so they can bury civilians and soldiers killed in the Russian bombardment on the city of Mariupol, in the south of Ukraine, on Sunday

Washington has pushed back on calls by the Ukrainian government of Volodymyr Zelensky for a N.A.T.O. no-fly zone to protect civilians.

Instead it wants Ukraine to establish its own with air defense systems.

Other efforts to supply Kyiv include working with Slovakia in an effort to send an S-300 from its arsenal.

Defense Secretary Lloyd Austin visited the country last week, but has yet to finalize an agreement that would involve the U.S. providing it with a replacement.

The S-8 marked a step forward for Soviet defenses when it entered service in 1971.

It was the first mobile defense missile system which had its own engagement radars all carried on a single vehicle.

Its five-strong crew could halt their truck and have it ready within five minutes to engage planes almost 20 miles away.

The urgent need for air defense systems has been underscored by the latest developments in Ukraine.

Instead, the Russian invasion has switched to the sort of scorched earth efforts seen in Syria and Chechnya with airstrikes and artillery barrages on civilian areas.

U.S. officials say it appears to be an effort to destroy the morale of the Ukrainian people and their will to fight. 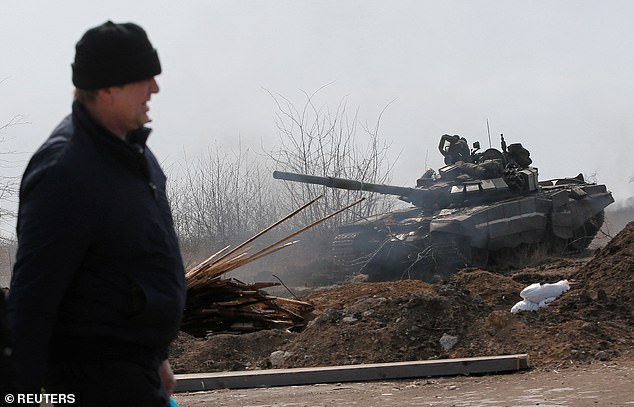 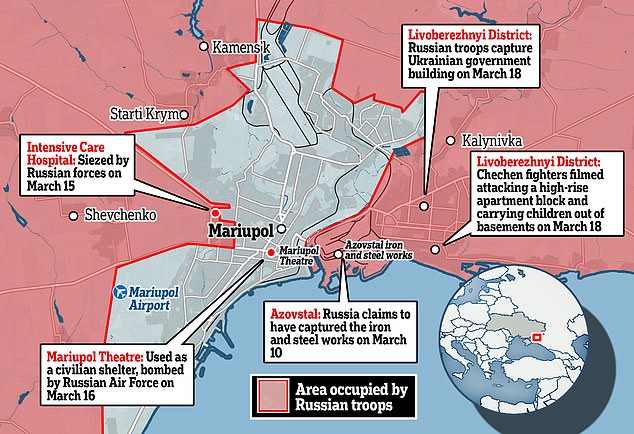 Mariupol has been surrounded by Russian forces for two weeks, which are now trying to push into the city. If it falls, it would be the biggest city captured by Russian troops so far, and would open up a ‘land corridor’ from rebel-held areas of Donbass to Crimea for reinforcements to pass along

‘We certainly see clear evidence that Russian forces are committing war crimes and we are helping with the collecting of evidence of that,’ Pentagon spokesman John Kirby told a news briefing.

That view was quickly echoed by Secretary of State Antony Blinken.

‘Yesterday, President Biden said that in his opinion, war crimes have been committed in Ukraine,’ he said.

‘Personally, I agree. Intentionally targeting civilians is a war crime.

‘After all the destruction of the past three weeks, I find it difficult to conclude that the Russians are doing otherwise.’