The US election is just under a month away as Joe Biden remains ahead in the polls amid Donald Trump’s health concerns. A new national poll by NBC and the Wall Street Journal has the Democrat candidate 14 points clear of the US President. Mr Trump has been given experimental drugs for treatment after testing positive for coronavirus, and attempted to convince voters he had recovered as he restarted his campaign yesterday.

The two presidential candidates clashed during debates last week, but Mr Biden also faced fierce opposition from figures within his own party.

Earlier this year, Bernie Sanders challenged the former vice-president for the Democrat nomination, and launched unwavering criticism at his opponent.

Hitting back, Mr Biden said in March: “What we can’t let happen is let this primary become a negative bloodbath.

“I know I’m going to get a lot of suggestions on how to respond to what I suspect will be an increasingly negative campaign that the Bernie brothers will run.

“But we can’t tear this party apart and re-elect Trump.”

The eventual victor in the Democrat race alluded to ‘Bernie brothers’, a group of Mr Sanders’ supporters known for aggressive online attacks on supporters of Democratic rivals and an unwillingness to join up with them if he were to lose the nomination – which he did. 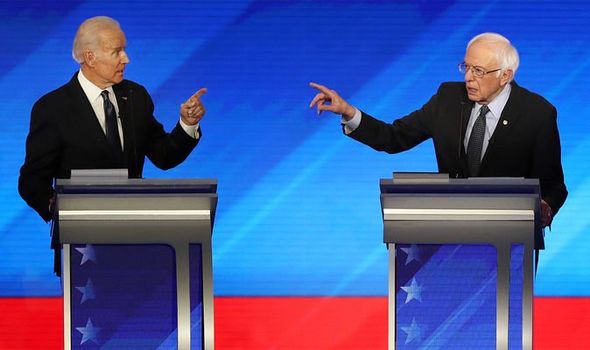 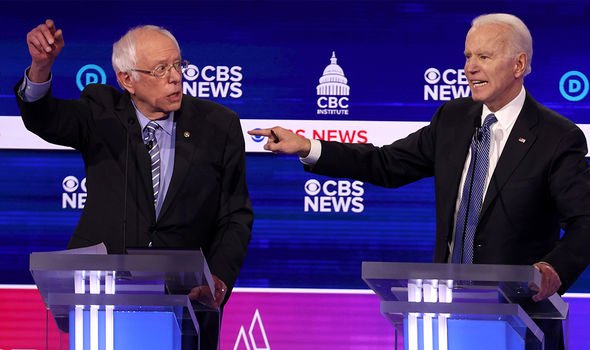 He also lambasted Mr Biden for voting for the Iraq War and for trade deals he said cost millions of American jobs.

The Senator continued: “Joe Biden voted for those agreements…[they] turned out to be an absolute disaster” – referring to deals such as the 1994 North American Free Trade Agreement.

He added: “People understand that if you’re taking money from billionaires, you’re not going to be there standing up for the working class and the middle class of this country.”

Mr Sanders lost the candidacy race, and has now expressed support for his former opponent, saying that defeating President Trump is the real priority. 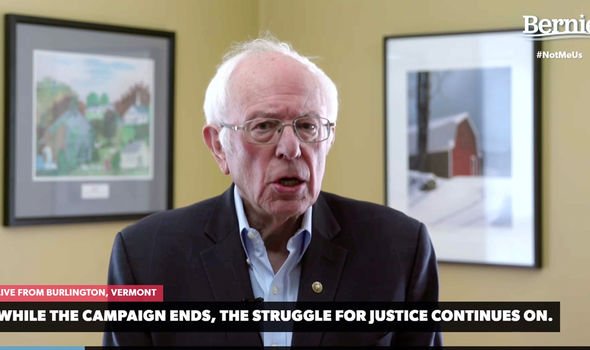 “We need you in the White House. We’ve got to make Trump a one-term president. I will do all that I can to make that happen.”

This week, Mr Biden appeared to take a dig at Mr Sanders, boasting that he beat a socialist.

The former vice-president said: “Look, I’m the guy that ran against a socialist. 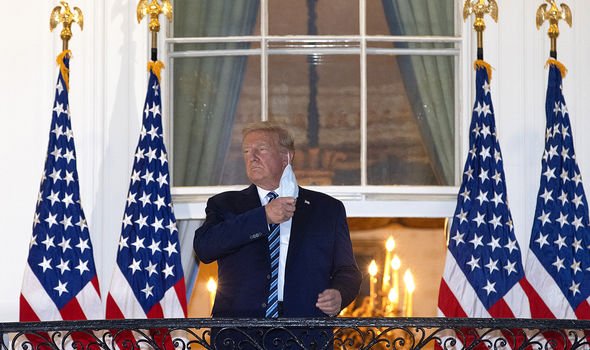 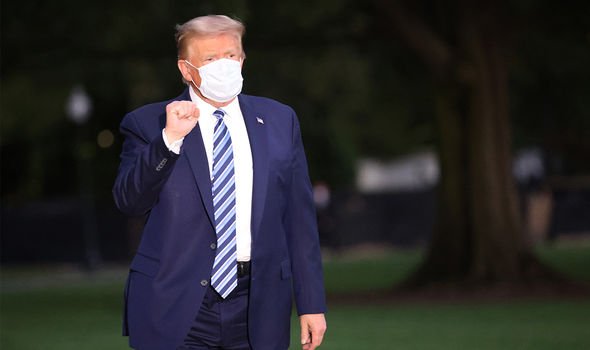 “Remember, I got in trouble with the whole campaign, 20-something candidates? Joe Biden was too centrist, too moderate, too straightforward. That was Joe Biden.

“I am no more a socialist than – or a communist than – Donald Trump is. Well, I won’t say it.”