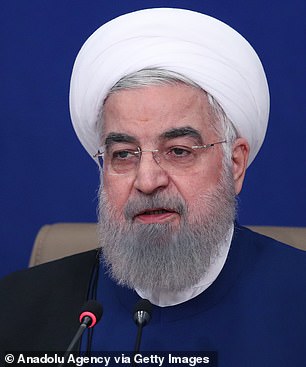 The US immediately denied a report by Iran’s state-run television broadcaster Sunday that deals had been reached between Iran, Washington and the UK that would see prisoners swapped and Tehran receive billions of dollars.

The announcement by Iran state television, relying on an unnamed source, comes amid a wider power struggle between hard-liners and the relatively moderate government of Iranian President Hassan Rouhani. That conflict only has grown sharper as Iran approaches its June 18 presidential election.

The broadcaster long controlled by hard-liners has aired similarly anonymously sourced reports contradicting diplomats in Vienna trying to negotiate a return to its nuclear deal with world powers.

It wasn’t immediately clear if Sunday’s report represented another means to disrupt negotiations by Rouhani officials or sabotage any potential negotiations with the West over frozen funds and prisoner exchanges.

The official quoted by Iranian state TV said a deal made between the U.S. and Tehran involved a prisoner swap in exchange for the release of $7 billion in frozen Iranian funds.

‘The Americans accepted to pay $7 billion and swap four Iranians who were active in bypassing sanctions for four American spies who have served part of their sentences,’ state TV said, quoting the official in an on-screen crawl. It did not name the Iranians that Tehran sought to be freed. 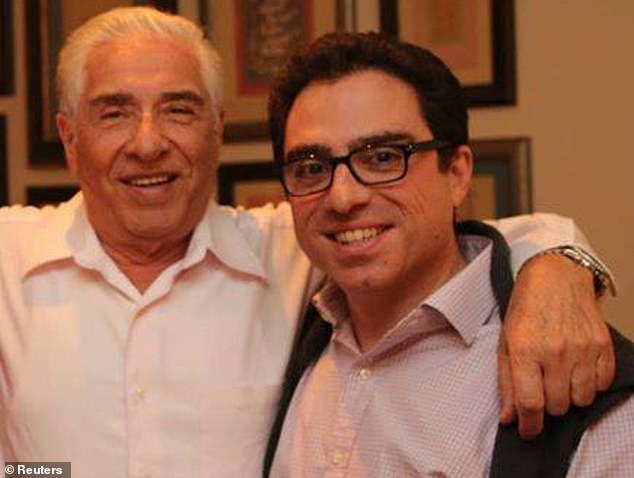 Iranian-American consultant Siamak Namazi is pictured with his father Baquer Namazi. Both are among the four Americans known to be being held prisoner in Iran 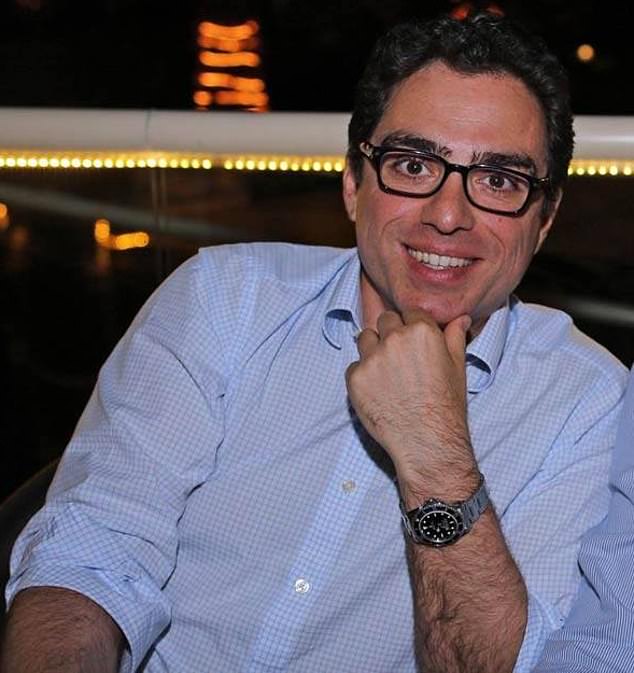 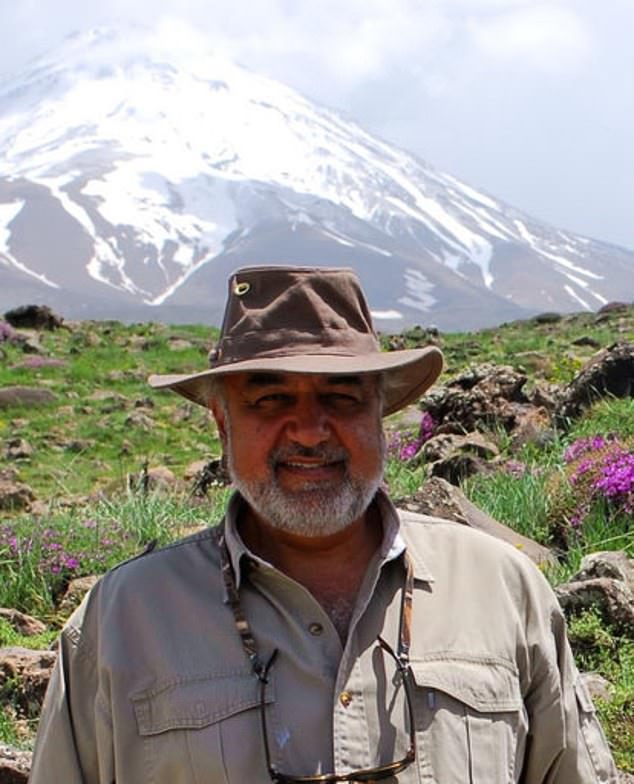 Morad Tahbaz, an environmentalist, is one of the four Americans that Iran is holding prisoner 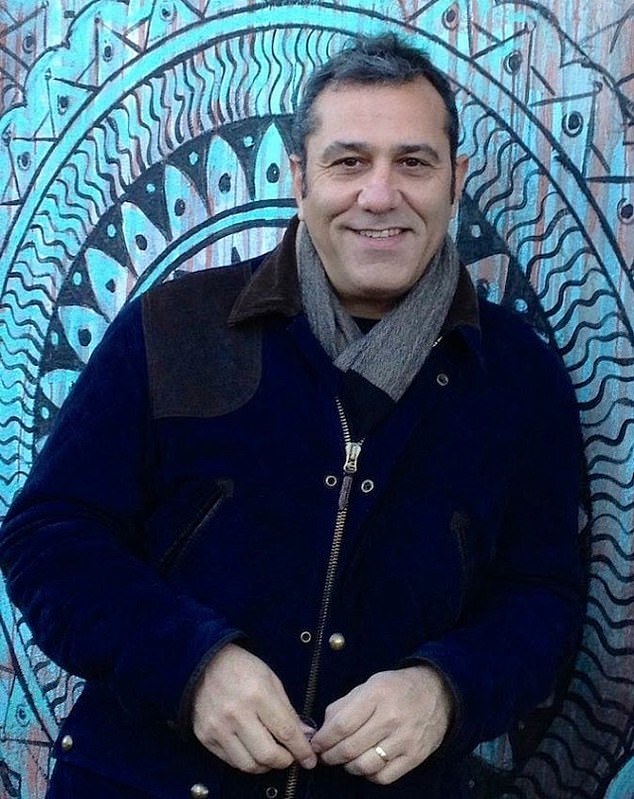 Emad Shargi, an Iranian-American businessman, is also one of the four who Iran is known to be holding captive

‘Reports that a prisoner swap deal has been reached are not true,’ Price said. ‘As we have said, we always raise the cases of Americans detained or missing in Iran. We will not stop until we are able to reunite them with their families.’

Price did not elaborate. But Biden´s chief of staff Ron Klain told CBS´ ‘Face the Nation’ that ‘unfortunately that report is untrue. There is no agreement to release these four Americans.’ 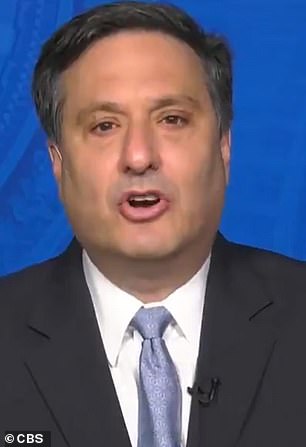 ‘We´re working very hard to get them released,’ Klain said. ‘We raise this with Iran and our interlocutors all the time but so far there´s no agreement.’

State TV also quoted the official as saying a deal had been reached for the United Kingdom to pay 400 million pounds to see the release of British-Iranian woman Nazanin Zaghari-Ratcliffe.

British officials downplayed the report. The Foreign Office said that the country continues ‘to explore options to resolve this 40-year old case and we will not comment further as legal discussions are ongoing.´´

Last week, Zaghari-Ratcliffe was sentenced to an additional year in prison, her lawyer said, on charges of spreading ‘propaganda against the system’ for participating in a protest in front of the Iranian Embassy in London in 2009.

That came after she completed a five-year prison sentence in the Islamic Republic after being convicted of plotting the overthrow of Iran´s government, a charge that she, her supporters and rights groups deny. 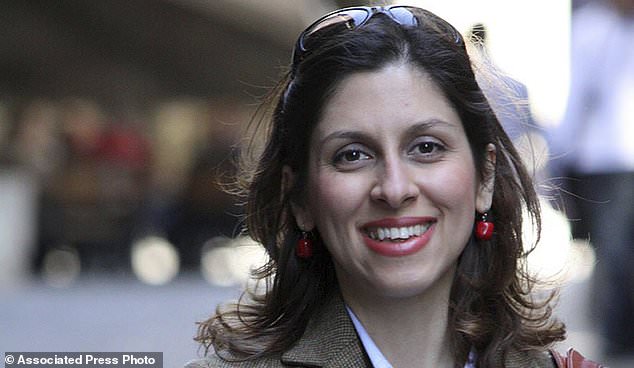 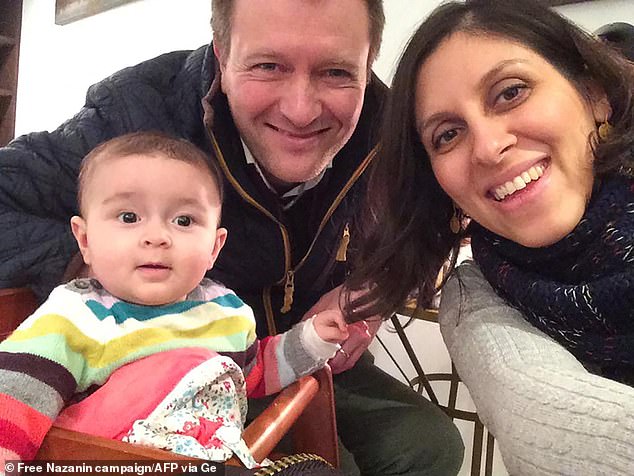 While employed at the Thomson Reuters Foundation, the charitable arm of the news agency, she was taken into custody at the Tehran airport in April 2016 as she was returning home to Britain after visiting family.

Richard Ratcliffe, the husband of Zaghari-Ratcliffe, told The Associated Press he was not aware of any swap in the works.

‘We haven´t heard anything,’ he said. ‘Of course we probably wouldn´t, but my instinct is to be skeptical at present.’

Earlier Sunday, U.K. Foreign Secretary Dominic Raab told the BBC that he believed Zaghari-Ratcliffe was being held ‘unlawfully’ by Iran.

‘I think she´s been treated in the most abusive, tortuous way,’ Raab said. ‘I think it amounts to torture the way she´s been treated and there is a very clear, unequivocal obligation on the Iranians to release her and all of those who are being held as leverage immediately and without condition.’

Last week, Cabinet spokesman Ali Rabiei hinted that a prisoner swap between Iran and the U.S. may be in the works, saying the idea ‘has always been on the agenda’ and noting the judiciary has confirmed its ‘readiness.’ His remarks followed that of the Foreign Ministry spokesman who suggested Tehran hopes to swing a major prisoner swap as part of ongoing negotiations in Vienna. A similar swap accompanied the 2015 nuclear deal with world powers

Tehran is now negotiating with world powers over both it and the U.S. returning to its 2015 nuclear deal, which saw it limit its uranium enrichment in exchange for the lifting of economic sanctions.

‘I don´t know who the `informed source´ of Press TV in Vienna is, but s/he is certainly not `informed,” Araghchi wrote.

British-Iranian woman Nazanin Zaghari-Ratcliffe is to be freed by Iran with the UK paying £400 million to Tehran, according to an anonymous official quoted on Iranian state TV.

The channel reported that deals have been reached to release prisoners with Western ties held in Iran.

The official also said a deal with the US will see a prisoner swap in exchange for the release of $7 billion (£5 billion) in frozen Iranian funds, a claim the US has denied.

It comes as Foreign Secretary Dominic Raab accepted that Ms Zaghari-Ratcliffe is effectively being held hostage by the Middle Eastern state.

Despite the claims on Iranian state TV, UK officials have played down reports with Labour MP Tulip Siddiq adding that Ms Zaghari-Ratcliffe’s family have heard nothing. 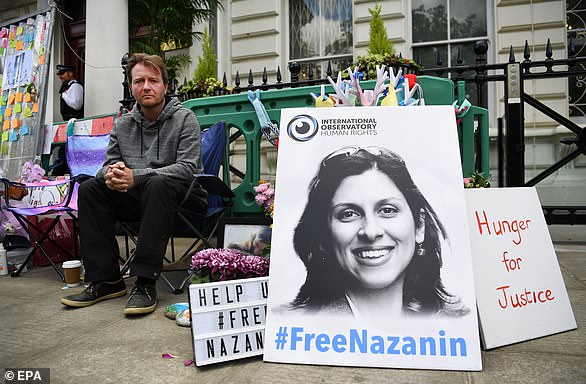 Nazanin’s husband Richard Ratcliffe, pictured outside the Iranian Embassy in London in June 2019, has said the family has heard nothing of any deal which would see his wife released 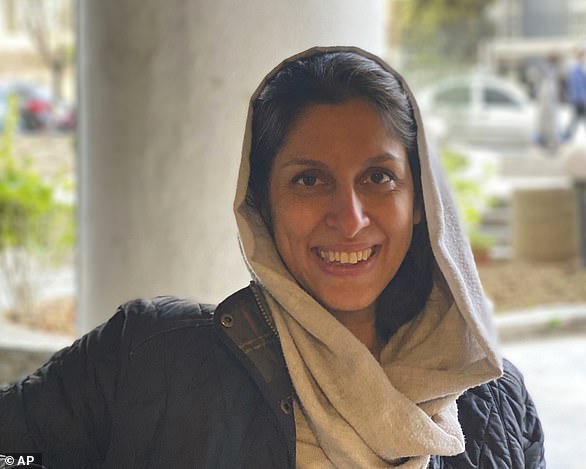 British-Iranian woman Nazanin Zaghari-Ratcliffe (pictured) is to be freed by Iran with the UK paying £400 million to Tehran, according to an anonymous official quoted on Iranian state TV

Reports suggest that Iran has made the claim before, without her having been released, and that the Government’s position has not changed.

Addressing the reports on Twitter, Ms Siddiq said: ‘I am aware there are news reports circulating about the debt being paid to #FreeNazanin.

‘I have spoken to her family and they have heard nothing confirming any of these rumors.

‘It was however welcome to hear Dominic Raab refer to her torture this morning on Marr. I hope the Government is doing all it can to get the hostages home.’

Mr Ratcliffe, who has campaigned for the release of his wife after her detention in 2016, confirmed: ‘We haven’t heard anything.

‘It’s probably a good sign that it’s being signalled, just as last week’s sentence was a bad sign.

‘But it feels part of the negotiations rather than the end of them.’ 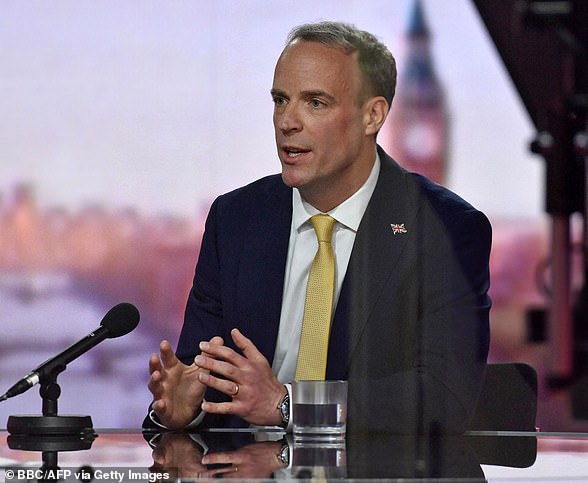 During an interview this morning, Dominic Raab (pictured) told the BBC’s The Andrew Marr Show that Mrs Zaghari-Ratcliff was being ‘subjected to a cat and mouse game’ by the Iranians

It was being said that Iran has made the claim before, without her having been released, and that the Government’s position has not changed.

A Foreign Office spokesman said: ‘We continue to explore options to resolve this 40-year-old case and will not comment further as legal discussions are ongoing.’

The Foreign Secretary said this morning the treatment of Nazanin Zaghari-Ratcliffe by Iran amounts to ‘torture’ and accepted she is effectively being held hostage by the Middle Eastern state.

Dominic Raab told the BBC’s The Andrew Marr Show that Mrs Zaghari-Ratcliff was being ‘subjected to a cat and mouse game’ by the Iranians.

Asked if she could be described as a hostage, he replied: ‘I think it’s very difficult to argue against that characterisation.

‘It is clear that she is subjected to a cat and mouse game that the Iranians, or certainly part of the Iranian system, engage with and they try and use her for leverage on the UK.’

The report  of the supposed deal comes the week after Ms Zaghari-Ratcliffe was sentenced to another year in prison in Iran, on top of a five-year sentence she already served in the Islamic Republic.

The mother-of-one’s new sentence came amid negotiations as Tehran sought hundreds of millions of pounds from the UK from a decades-old arms deal.

While employed at the Thomson Reuters Foundation, the charitable arm of the news agency, she was taken into custody at Tehran airport in April 2016 as she was returning home to Britain after visiting family with her daughter.

She was convicted of plotting the overthrow of Iran’s government, a charge that she, her supporters and rights groups deny.

The latest sentence was for charges of spreading ‘propaganda against the system’ for participating in a protest in front of the Iranian Embassy in London in 2009.

She and her family believe she was held as political leverage to try to force the UK’s hand in a long-running financial dispute with Iran.

When the shah was toppled in 1979, Britain refused to deliver the tanks to the new Islamic Republic but kept the cash, despite British courts accepting it should be repaid.

Asked about the debt on Sunday, Mr Raab said: ‘It’s not solely about that.

‘That is not actually the thing that’s holding us up at the moment, it’s the wider context as we come up to the Iranian presidential elections and the wider elections on the JCPOA (Joint Comprehensive Plan of Action) which, inevitably from the Iranian perspective, the two are considered in tandem.

On Tuesday, Mrs Zaghari-Ratciffe’s husband Richard Ratcliffe said ministers were ‘enabling the abuse’ his wife has suffered through their ‘reluctance to do anything’ that might upset Tehran.

He urged the Government to target members of Iran’s leadership with new Magnitsky sanctions, which focus on people involved in some of the gravest human rights abuses around the world.

‘I think that’s proportionate, that is not extreme – these guys need to feel that this is a bad tactic,’ he added.

Mr Ratcliffe, commenting on the lack of British representation in court at his wife’s most recent hearing, said: ‘What we got told was that they (the UK Government) didn’t want to do something provocative that could could cause harm to Nazanin.

‘And I was like, ‘Are you effing kidding me?’ You either stand up and protect her or you allow it to happen.

‘They are taking her to court for the second time on a second stage of nonsense when you’ve invoked diplomatic protection – you need to show that your protection should be taken seriously.

‘And the failure to do that will have emboldened the Revolutionary Guards to follow through and give her the sentence – and they gave the maximum they could.

‘The timidity of the Government will have been a contributing factor.’