EIGHT alleged al-Shabaab terrorists have been killed and two wounded in a US airstrike in southern Somalia.

The people killed in the attack, which took place near the town of Jilib on December 10, were reportedly explosives experts working for the group. 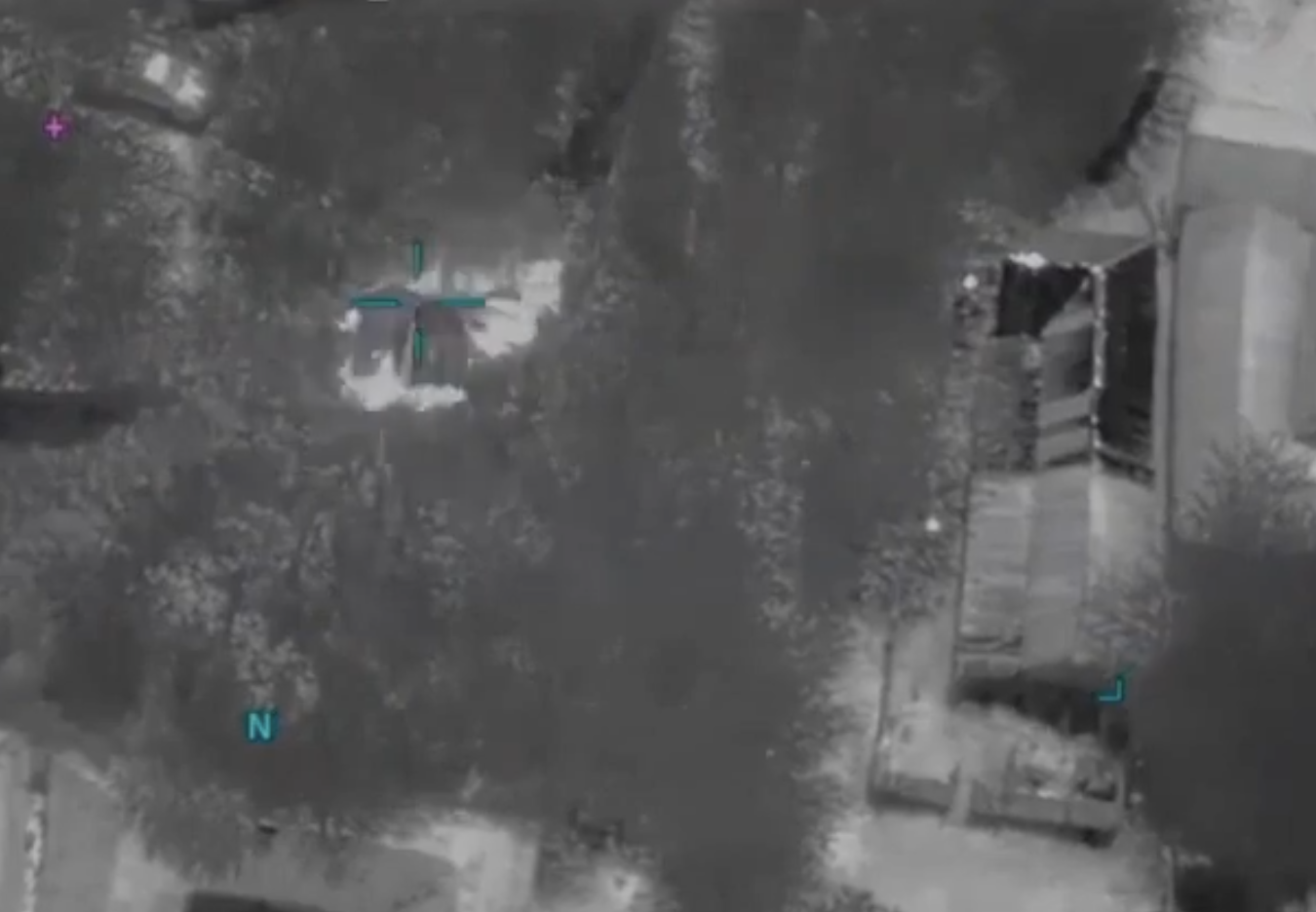 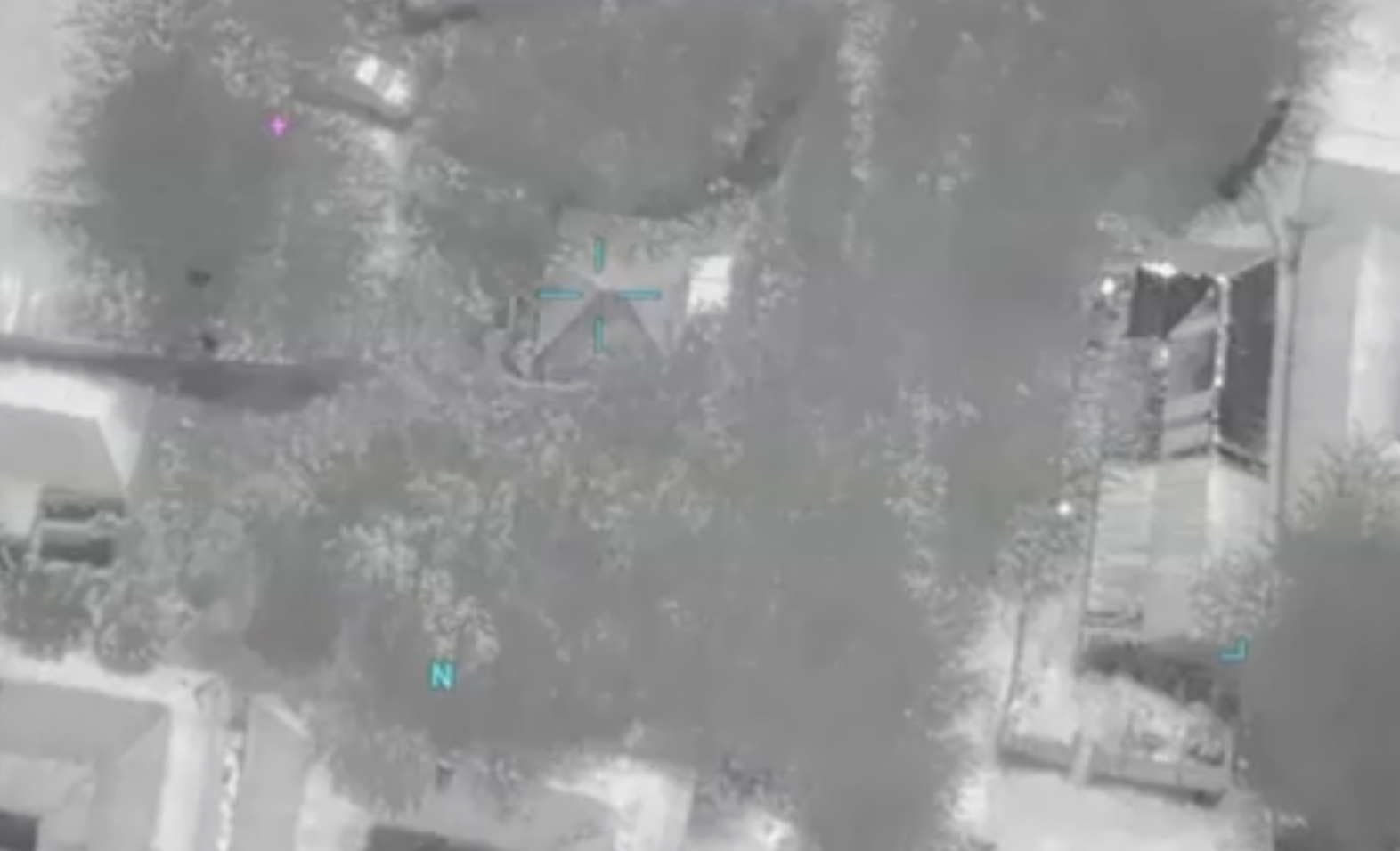 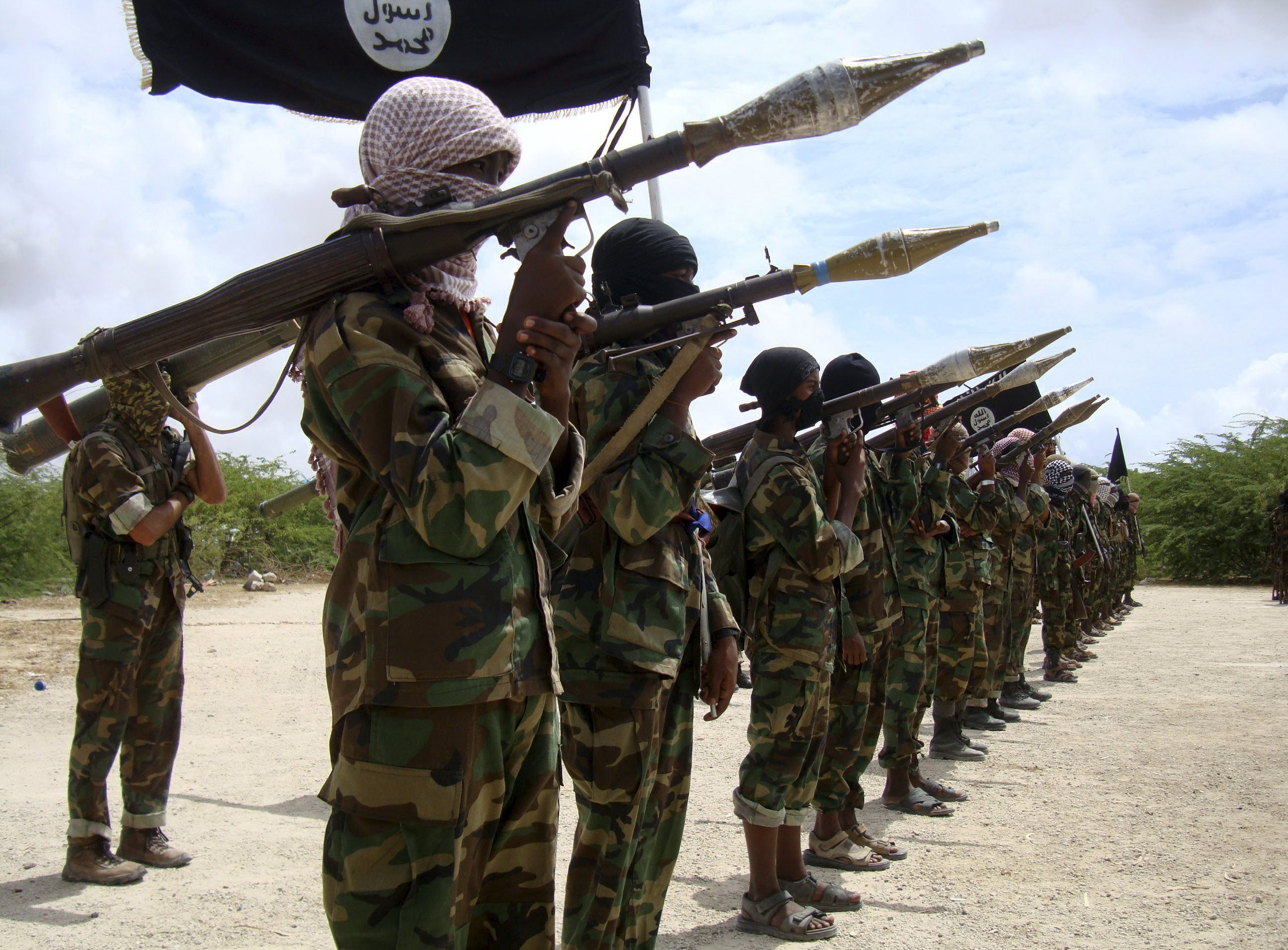 Al-Shabaab is an Islamist group active in Somalia and Kenya as well as Yemen and whose militants have been responsible for a number of large attacks in recent years.

Aerial footage released by the US Africa Command (Africom) shows a pair of crosshairs hovering over a small building before it is struck and explodes.

A fire can then be seen burning and smoke rising from one side of the structure, while people can be seen running out of a number of larger building nearby.

The US military said no civilians are thought to have been killed or injured in the strike.

A statement released by Africom said the eight people killed were "known to play important roles in producing explosives for al-Shabaab, to include vehicle-borne improvised explosive devices".

It added the devices had been used in the past to kill innocent civilians.

It said the strike would "disrupt al-Shabaab's ability to… target Somali civilians, security forces, government officials, as well as U.S. and Western interests in the country".

Al-Shabaab is an Islamist group founded in 2006 and active in Somalia and Kenya as well as Yemen.

The group's name means "The Youth" in Arabic.

It has been designated a terrorist organisation by several governments, including the US, UK, Malaysia, and UAE.

The US State Department also has open bounties out on several senior commanders, including one for $6million (£4.5million) on leader Ahmad Umar.

The latest estimates suggests the group has between 7,000 and 9,000 troops.

The group's militants have been responsible for several deadly attacks in recent years.

In October 2017, two truck bombings in Mogadishu, one of which caused the collapse of a hotel, killed at least 587 and injured more than 300.

The attack was the deadliest in Somalia's history.

The group was also responsible for a gun attack on the Westgate shopping centre in Nairobi, Kenya, in which 67 people died.

Africom special operations commander Maj. Gen. Dagvin Anderson said: "This strike should demonstrate to any enemy that we stand by our partners and will vigorously defend both ourselves and our partners.

"We will continue to maintain strong force protection and strike those who seek to harm us or our partners."

Al-Shabaab has claimed responsibility for or is suspected or carrying out attacks that have killed hundreds of people in recent years.

In December 2019, at least 90 people were killed when suicide truck bomber detonated a device at a busy checkpoint in the Somali capital Mogadishu.

In October 2017, two truck bombings in Mogadishu, one of which caused the collapse of a hotel, killed at least 587 and injured more than 300.

The attack was the deadliest in Somalia's history.

Al-Shabaab was also responsible for a gun attack on the Westgate shopping centre in Nairobi, Kenya, in which 67 people died. 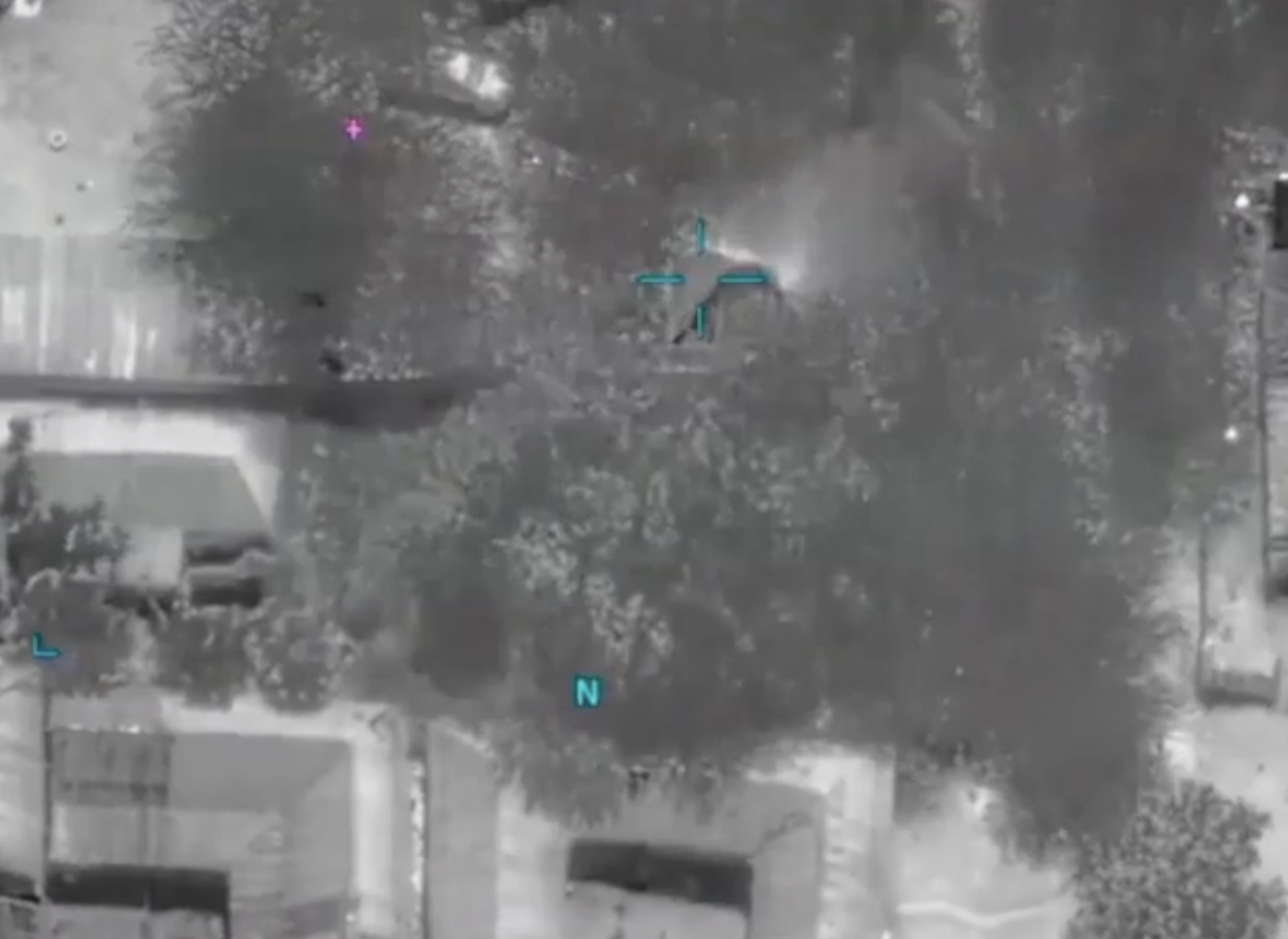 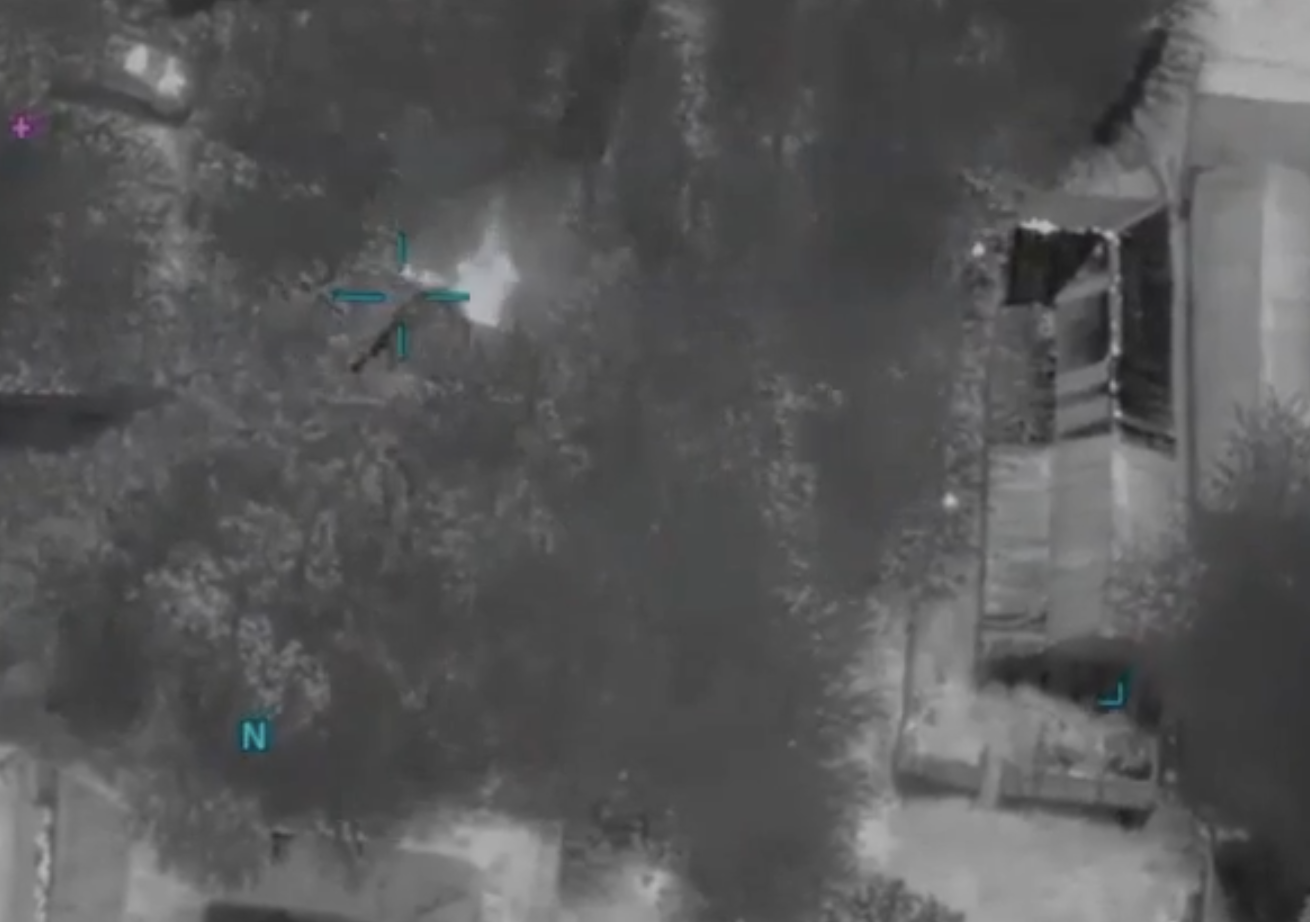