Now I have HIMARS, ho ho ho! Ukraine compares its fight against Putin to Die Hard in social media video – and insists the ‘scrappy underdog’ WILL win

The Ministry of Defense of Ukraine posted a Die Hard-themed Christmas video boasting of their new HIMARS systems and insisting the ‘scrappy underdog’ will win.

The video draws parallels between Russia and Ukraine through an altered version of a trailer for the 1988 action film – which some consider to be a Christmas flick.

Text at the start of the video says: ‘This Christmas Ukraine celebrates the festive tale of how an arrogant terrorist’s special military operation was thwarted by a scrappy underdog’. 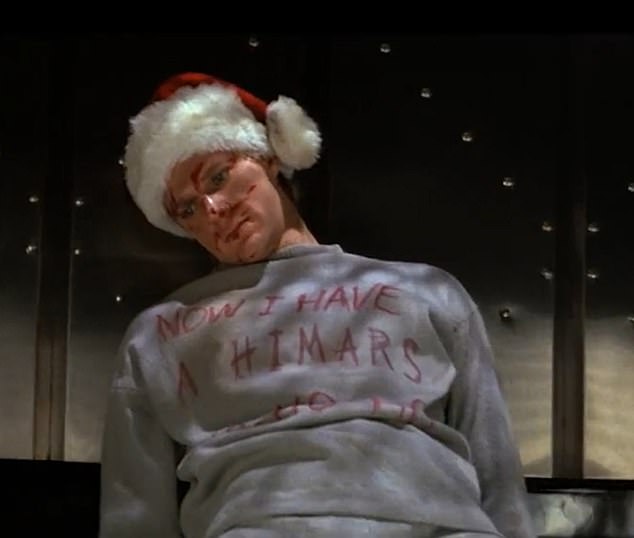 The plot of Die Hard follows policeman John McClane who unintentionally ends up in a building where everyone has been taken hostage by a group of terrorist trying to steal millions.

Despite being outnumbered and outgunned, Bruce Willis’ ‘scrappy underdog’ manages to take out the terrorists one by one and save the day.

The video posted by Ukraine’s Ministry of Defense features a changed version of one of the film’s most famous scenes, which shows a dead terrorist with ‘Now I Have A Machine Gun Ho-Ho-Ho’ drawn on their jumper.

In the edited Ukrainian video, it instead reads ‘Now I have HIMARS, Ho-Ho-Ho’.

The Highly Mobile Artillery Rocket Systems are self-propelled launchers, equipped with a missile pod that can fire a range of different weapons.

Washington has sent 20 launchers, which have been credited with helping Ukraine push back Russian invaders. 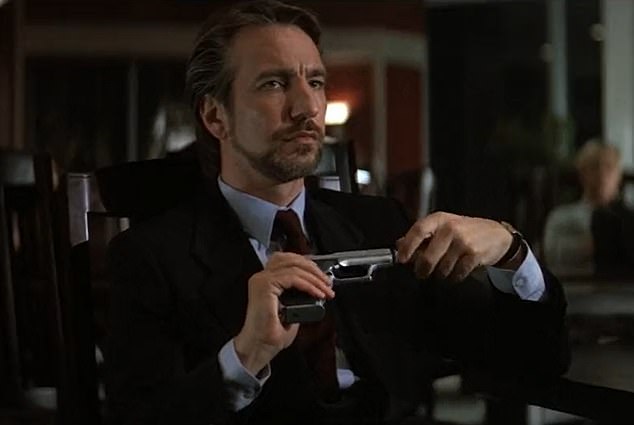 Another part of the video shows John McClane pushing explosives down an elevator shaft but cuts to a video of real life explosion from the war.

More text from the video reads: ‘It was the perfect plan with nothing left to chance, until it all went wrong.

‘The war he never wanted, is the one he can’t afford to lose.

‘This Christmas, the age-old story of David and Goliath hits close to home.

The Twitter account also posted the video along with the following comment: ‘An underdog who wins against the bad guys. This is the kind of story we all enjoy.

‘Dedicated to all the die hards on the front line. Ukraine will win! Yippee Ki-Yay…!’