Temperatures will also get even chillier, plunging into single figures, as autumn well and truly gets underway. 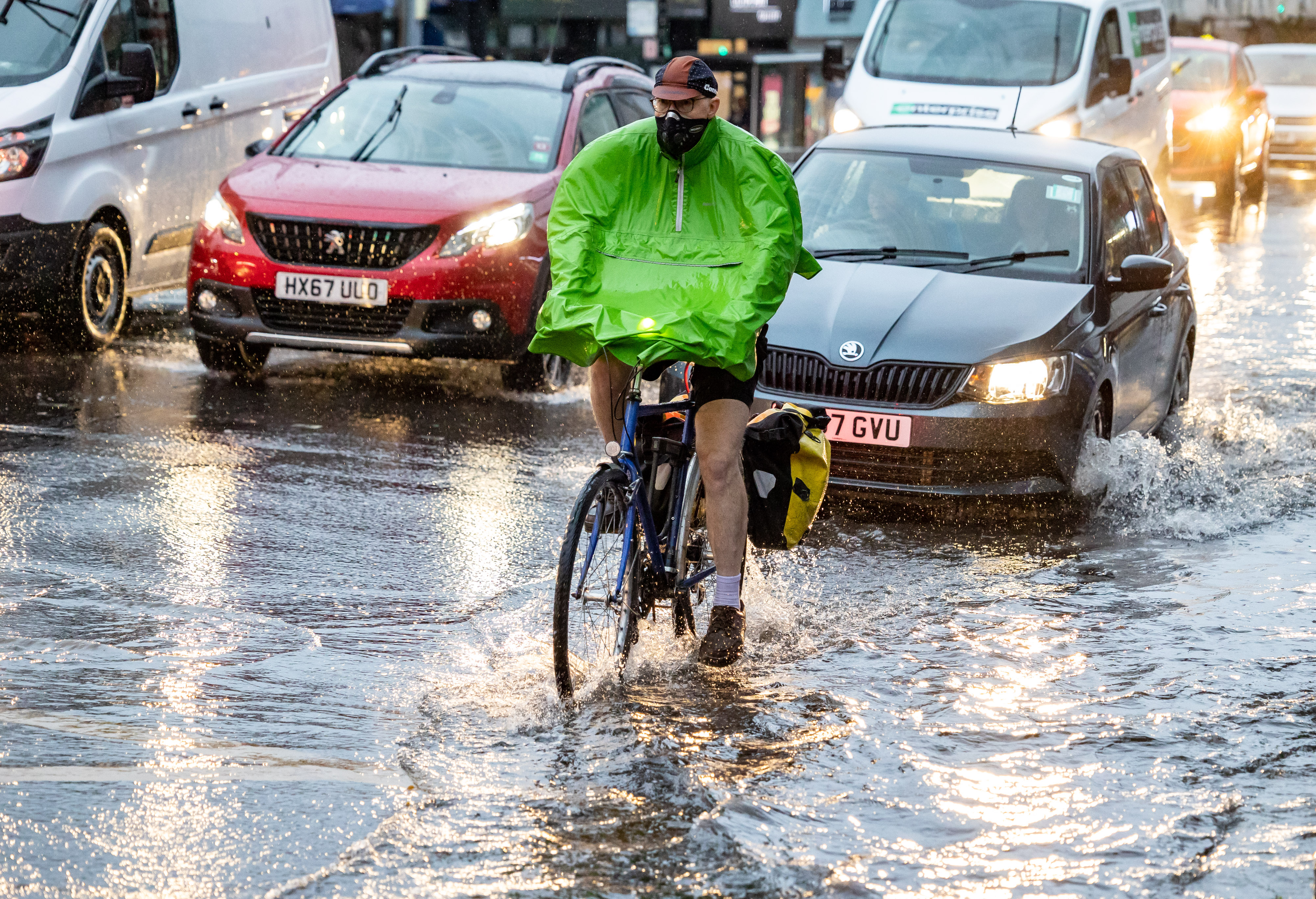 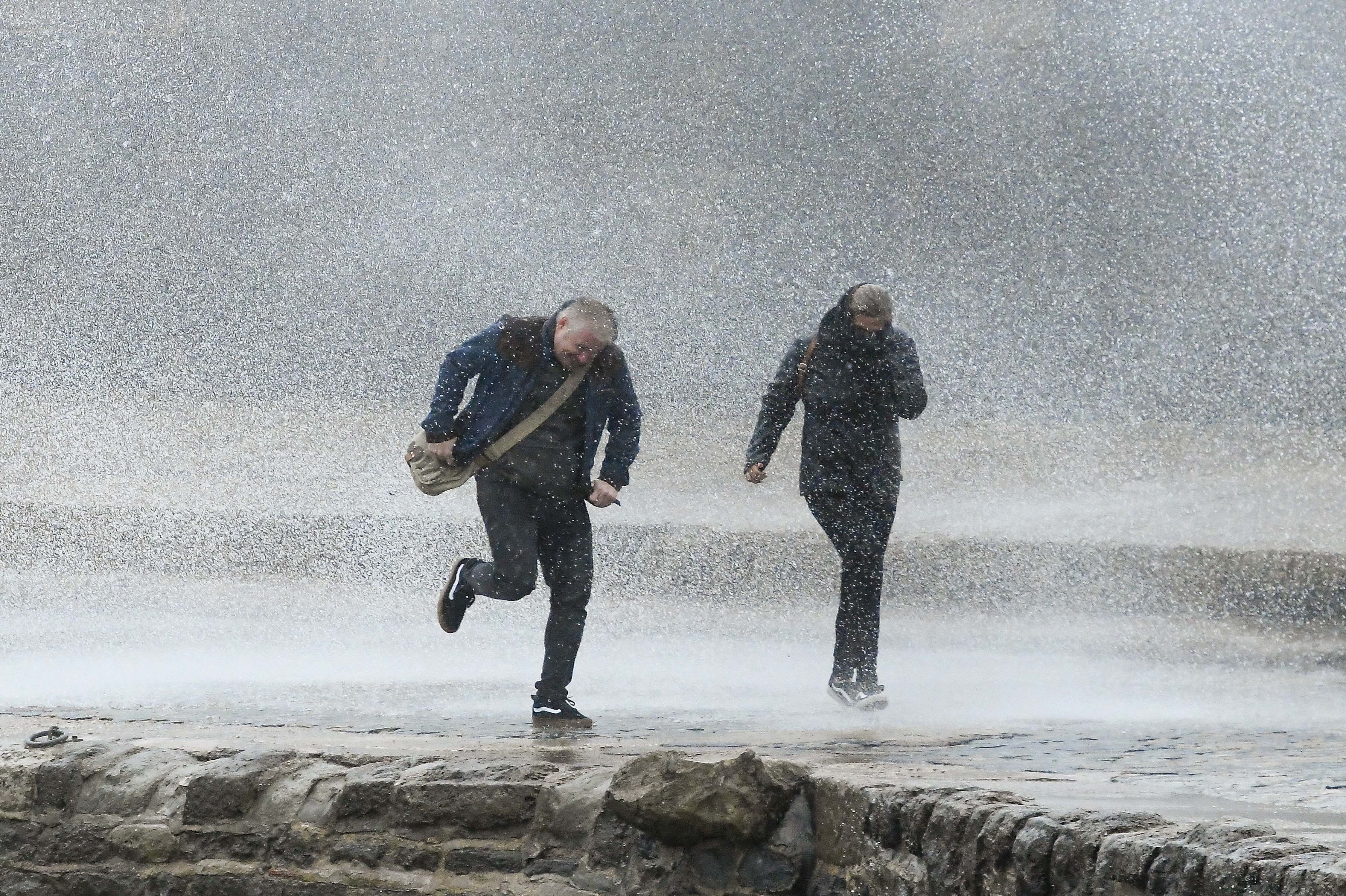 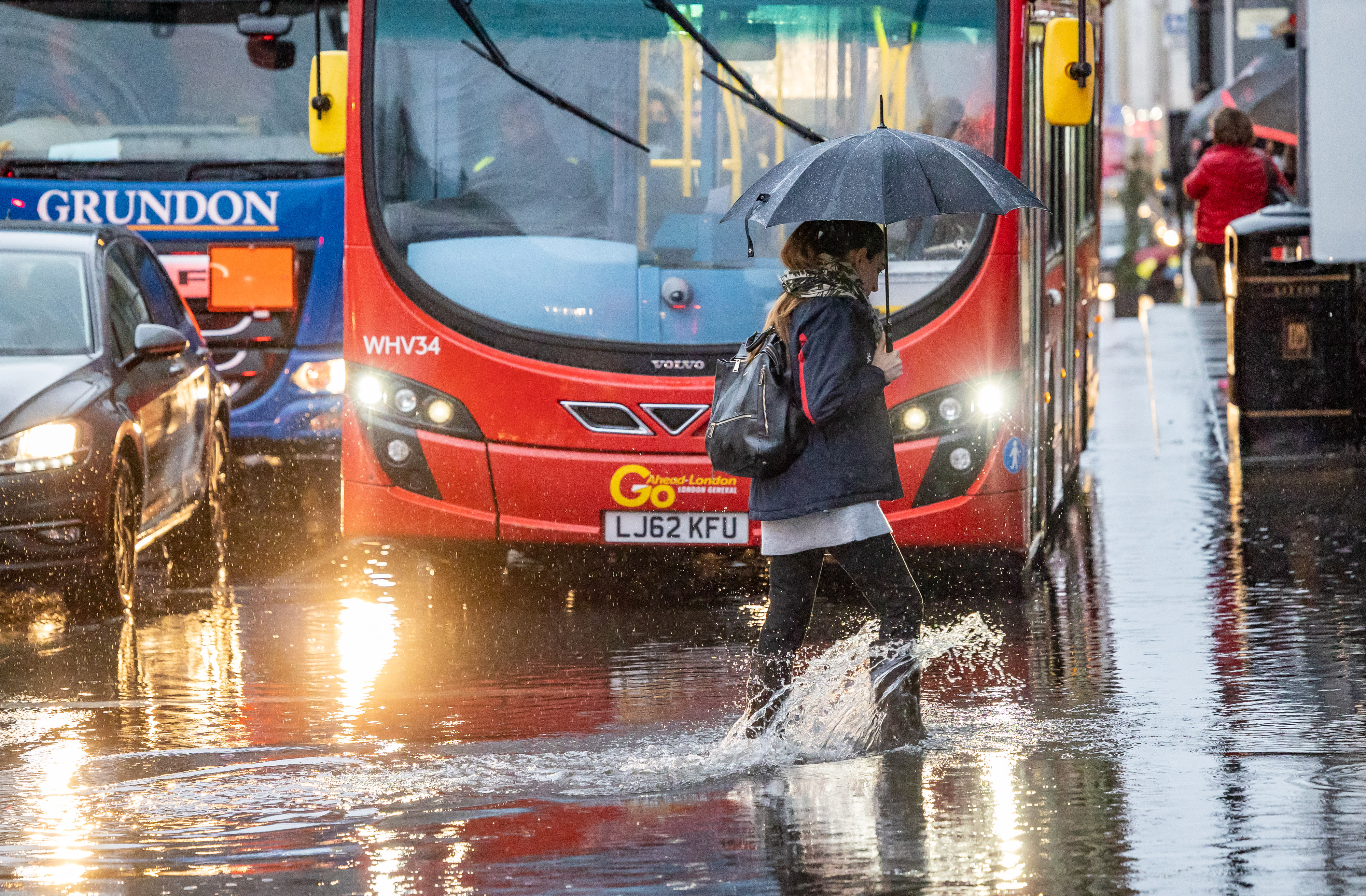 Things got off to a damp start this morning with a deluge of rain across the UK.

And it's only going to get wetter as we head into the weekend, with low pressure "packing quite a punch".

As much as 40mm of rain could fall in just three hours, while gusts could reach gale force speeds of 65mph in coastal areas.

Elsewhere winds will still be strong at 45 to 55mph and thunderstorms are expected.

The conditions are set to be so disruptive that a yellow weather warning is even in place for south east England from 1pm until 10pm.

Forecasters have urged Brits to stay safe during "strong" and "hazardous" winds and heavy rain which could spark travel chaos.

Delays to road, rail, air and ferry transport are "likely", while power cuts and loss of other services is possible.

Alex Deakin, of the Met Office, said: "The first weekend of October and it's going to be very, very autumnal.

"Some strong winds, particularly across the south on Saturday and the north on Sunday, and there'll be some heavy rain around as well.

"It won't rain all weekend, but particularly across the south later on Saturday, it looks very soggy indeed.

"Then on Sunday, it'll be a bit brighter. For most there'll be some sunny spells, but still plenty of blustery showers."

Temperatures will reach highs of 15C on Saturday and 16C on Sunday – but most areas will struggle to reach above 12C to 14C.

And overnight the mercury will plummet to as low as 5C in Scotland, 7C in England, 8C in Northern Ireland and 9C in Wales.

A Netweather forecaster said temperatures overall will be "on the cool side for many". 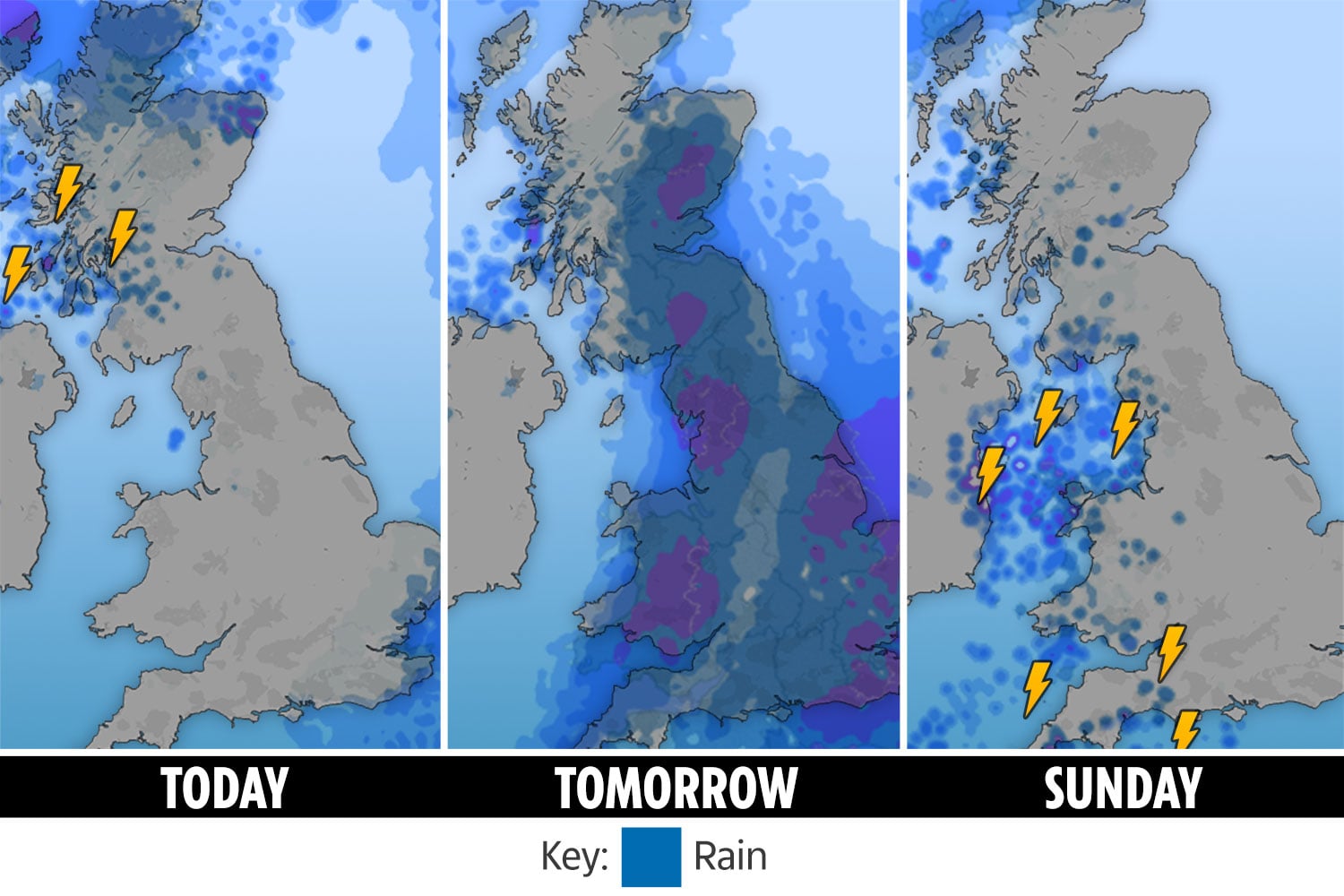 It could get so cold over the coming weeks that parts of the UK could be hit with snow.

Experts predict that higher areas are likely to see some snowfall towards the latter part of October.

“Likely areas to be affected are the Scottish mountains as well as higher ground in northern England and northern Wales.

“Low areas are unlikely to see any. It’s quite normal for this time of year.”

On only the first day of the month, the odds of this month going down as the wettest October on record have been slashed to 5/1.

Jessica O'Reilly of Ladbrokes said: "October's getting off to a miserable start and we've already been forced to cut the odds this month is a record breaker." 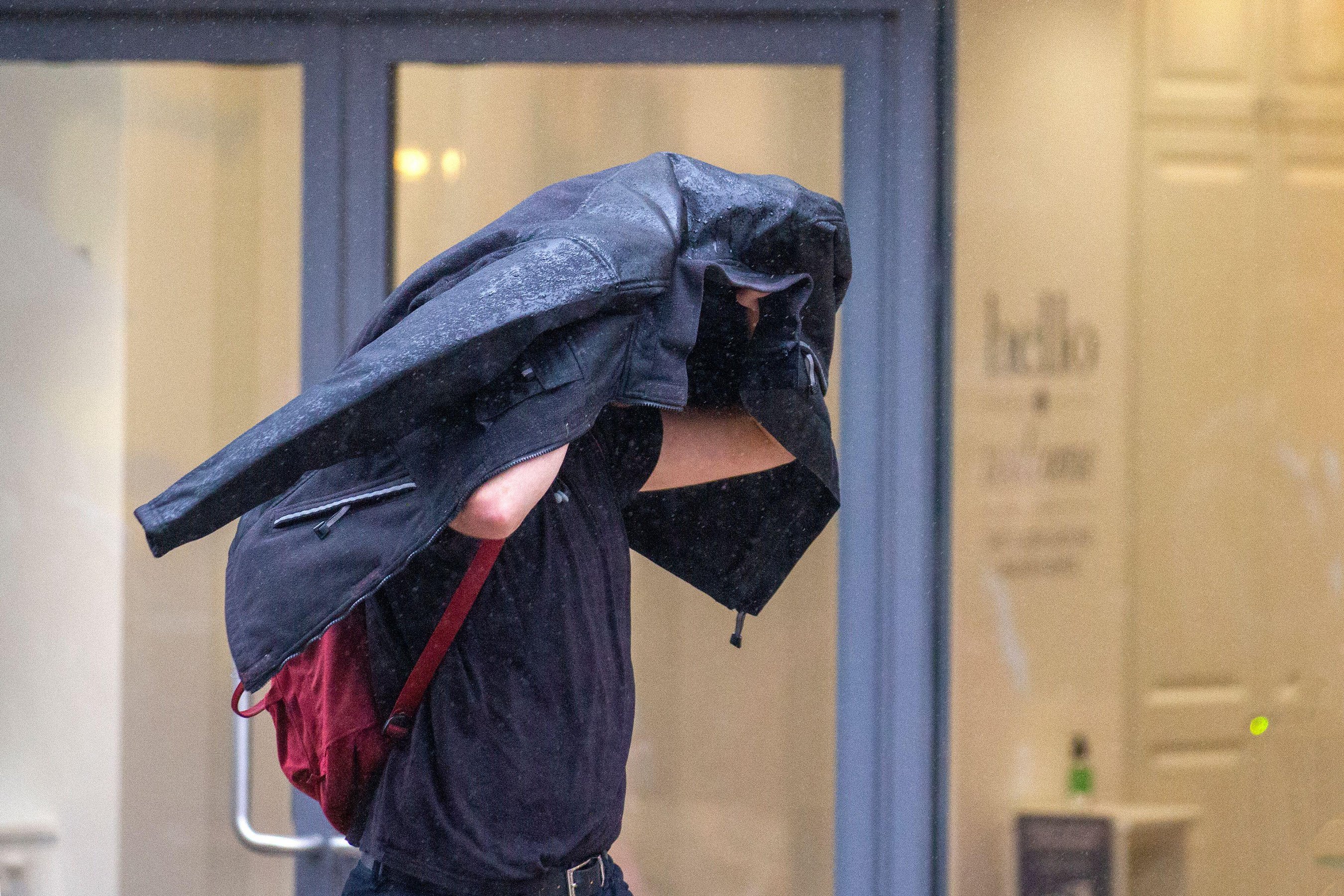 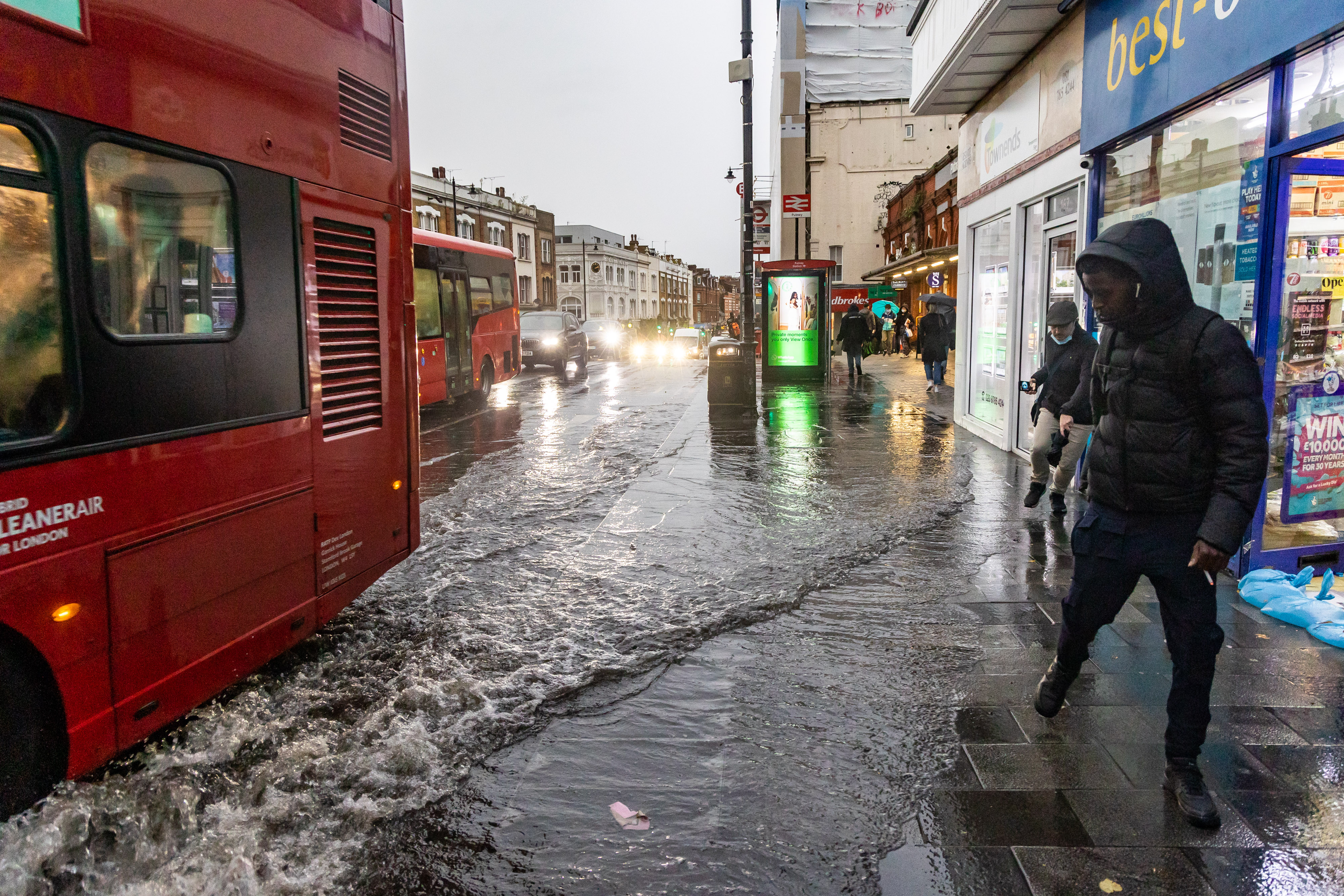 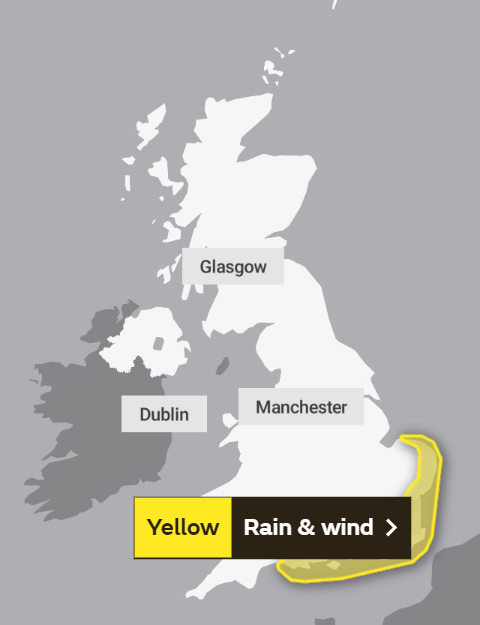