The UK is currently experiencing a spell of colder weather this week, with the Met Office forecasting hail, sleet and frosts, particularly from the mid-week onwards. Snow and ice warnings have been issued for parts of Scotland, including areas in Central, Tayside and Fife; Highlands and Eilean Siar; SW Scotland, Lothian Borders and Strathclyde. The warning is in place from 6pm on Wednesday until 12pm on Thursday, and the Met Office are warning of travel disruption and potential injuries caused by slips and falls on icy surfaces.

The Met Office snow and ice warning states rain showers will turn into snow on Wednesday night, which will continue into Thursday morning.

Low levels of north-west Scotland could see 2cm of snow accumulation by Thursday morning, and higher elevations above 200m could see 2 to 5cm of snowfall.

Over some of the highest routes 10cm, or four inches, of snow is predicted, and in the Southern Uplands snow over higher ground is expected but only “small accumulations” are forecast for areas below 200m.

For the rest of the UK today, the Met Office forecast a “band of cloud and occasional rain” will move south-east. 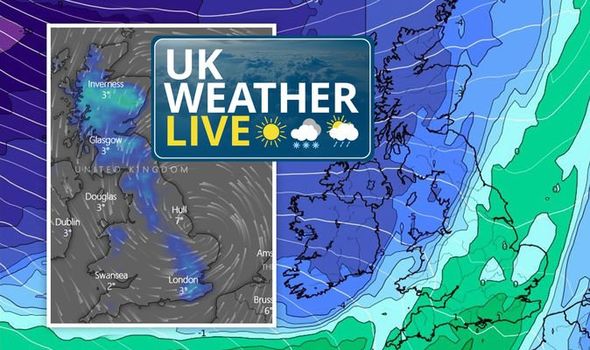 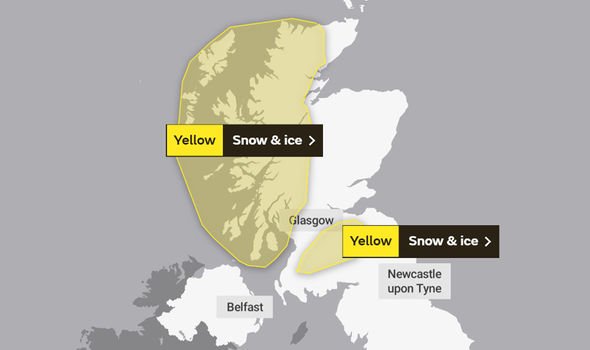 This will be followed by “sunny spells and scattered showers in the north and west”.

Showers over Scotland will turn to snow over hills today, especially over the course of this evening.

Steve Ramsdale, Chief Meteorologist at the Met Office, said: “Although we’re going to see a few days with colder conditions, we shouldn’t be surprised that the start of winter brings a brief spell of wintry weather.

“Some parts of the UK, especially northern hills, may see snow, but for many this will only be short lived. We’ll be monitoring the forecast and we will issue further warnings accordingly.” 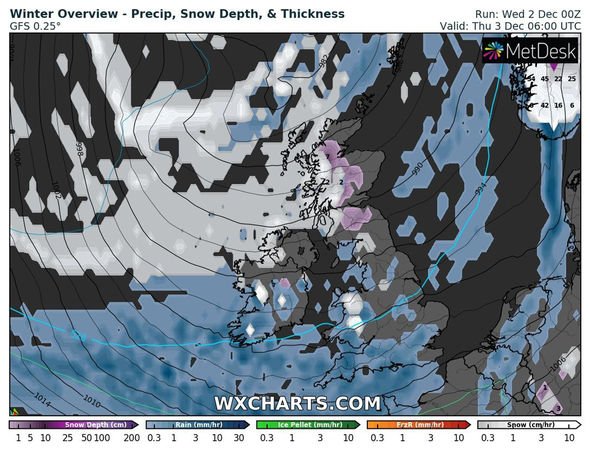 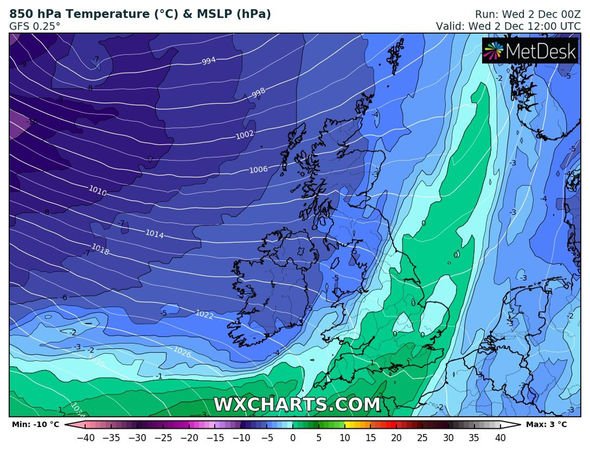 9.25am update: Where will it snow this week?

WXCHARTS snow depth maps show snowfall is expected in many parts of the UK this week.

Maps for Friday show most of the snow forecast is expected to fall over Scotland, with areas in the north and west expected to see the heaviest accumulations.

However maps show some snow could fall in parts of northern England and Wales as well, with some areas of the south-west also potentially seeing a dusting. 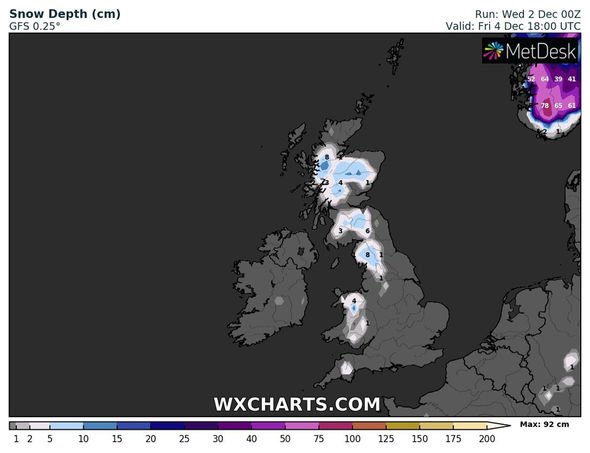 On this day 10 years ago Britons witnessed a heavy blanket of snow across the UK.

BBC Weather tweeted: “Remember this? On this day ten years ago, most of us shivered under a blanket of #snow.

“There’s more on the way this week… but not as much as ten years ago.”