Mercury could drop as low as -5C amid a 700-mile wide “polar plume” sweeping across the UK from Iceland this week. The colder temperatures are likely to lead to wintry showers in Birmingham, Manchester, Inverness and Belfast. Snow could even fall in Plymouth and Southampton on Wednesday, as the freezing air will make temperatures below freezing.

“Markedly lower temperatures than recently will be seen from Mother’s Day, with cold air from Iceland and Greenland.

“Snow and sleet are expected on higher ground in Scotland from Monday.

“Windy conditions in general continue with Wednesday onwards seeing the strongest winds with gusts of 50mph or stronger on North-West and North-East coasts. 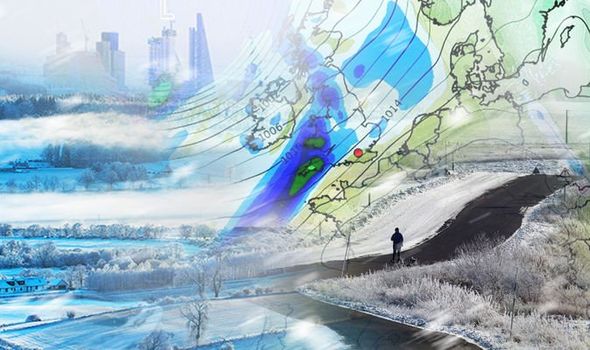 “But towards Easter sees indications of brighter conditions and temperatures going above normal.”

The Met Office’s long-range forecast for the next few weeks has revealed the weather around the UK will be unsettled.

The forecast said: “It will be mostly settled at first, with temperatures recovering to near normal, although some showers will continue in the west.

“Over next weekend, more changeable weather is likely for many, with a risk of gales in exposure. 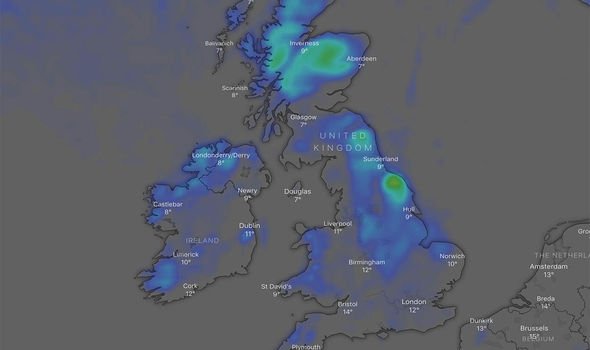 “It will stay unsettled into the new working week, with areas of rain and showers affecting the UK, these possibly wintry at times over higher ground in the north.

“Thereafter, it will probably become more settled across the UK, with drier and brighter conditions more likely overall, especially in north and northwestern parts of the UK.

“It is likely to remain rather cold overnight with some frosts at first, but temperatures will generally rise to a little above the seasonal average.”

Bookies have predicted snow to fall in parts of the UK this week. 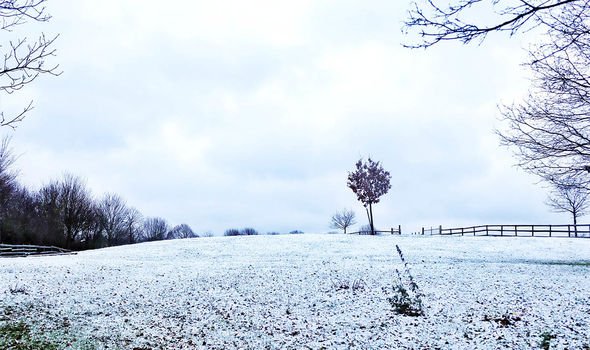 Betway has odds of 9/4 for snow to fall in Glasgow, along with Manchester, Liverpool at 7/2.

Birmingham has odds of 4/1, followed by Belfast and Cardiff at 9/2 and 11/2 respectively, while the chances of snow blasting London is 7/1.

Alan Alger, of Betway, warned another cold spell is looking likely this week.

He said: “The clocks have gone forwards but the weather looks like it’s about to go backwards! Britain is set for another cold spell and we make it just 9/4 for snow to hit this week.

“Glasgow looks the most likely to experience the white stuff, with both Manchester and Liverpool also poised for a sprinkling at 7/2 each.

“London has already seen snowflakes this year, but if the reports are true, England’s capital could be set for more at 7/1 before the week’s end.”