The disappointing prediction was made by a Met Desk chart which vividly depicts an orange Europe switch to a cool green. The most extreme cold will be felt in the highlands of Scotland, where temperatures appear to sink to as little as 6 or 7C early overnight from Sunday to Monday before heating up by midday. London and the southwest will fare a little better but will still struggle to get above 14 or 15C overnight. Peak daytime temperatures, however, are forecast to reach into the mid-to-late 20s on Monday and Tuesday before a cold snap sees the weather chart go completely green for the rest of working week – indicating peak daytime temperatures dropping into the low teens.

The story lies in stark contrast to the coming few days, when turbulent temperatures are set to rise to a crescendo of high pressure over the weekend.

“If we start off with a look at the pressure chart you can see this trailing front stretching across the Pyrenees through the Alps and up into the Baltic states.

“Now that’s gong to produce some heavy, thundery downpours but it will start to ease away. 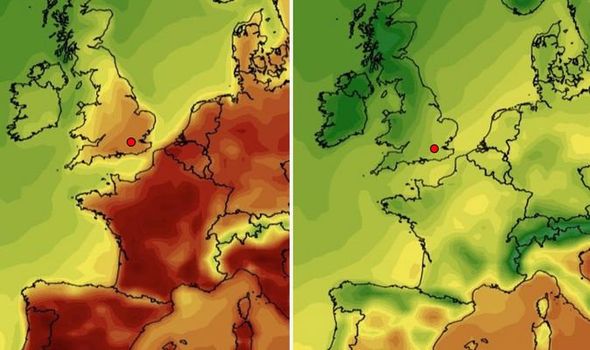 “So as we move out of the latter stages of Tuesday into Wednesday it moves into the Baltic states and then allows things to quieten down quite nicely.

“At the same time, we will see some wetter weather into the northwest.

“Some wet and windy weather into the far northwest of the UK and still a scattering of showers across Scandinavia.

“As we move through Thursday, generally, it’s an improving picture quite widely across Europe.” 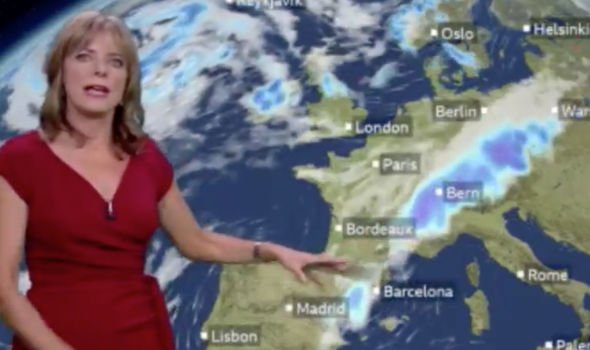 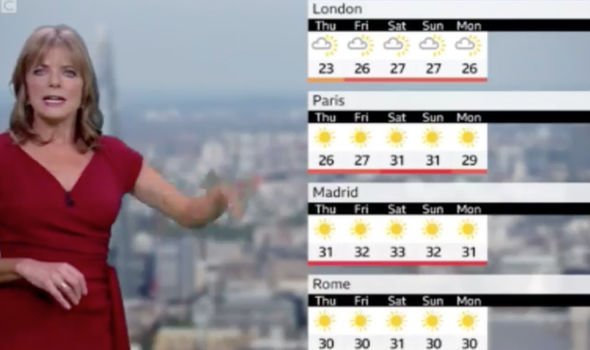 Last weekend, a “months-worth of rain” fell on some parts of the west in a single day, with measurements of over 60mm of rainfall.

But The Weather Outlook forecaster Brian Gaze said high pressure will bring over subtropical air from the Azores.

He said: “August has been shocking but summer is poised to be rescued by high pressure pulling up subtropical air from the Azores by the Bank Holiday weekend. 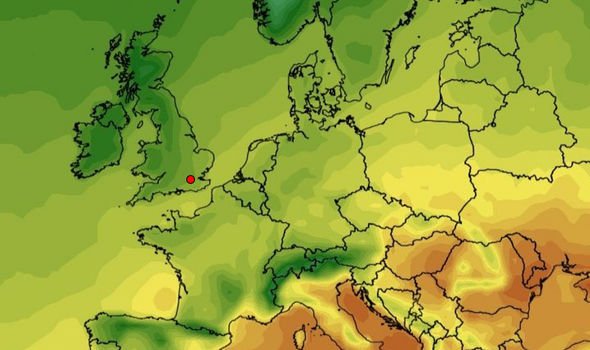 Former BBC and Met Office forecaster John Hammond of weather trending added: “Summer lurched from hot to cool and wet, but warmer weather in time for the Bank Holiday will lift the mood of weather-beaten Brits.

“Temperatures should be not far from 30C for some at the end of August.”

The Met Office says: “Confidence remains rather low during this period.

“However, there are signs that high pressure will dominate the weather across much of the UK.

“Southern areas are most likely to see the driest and sunniest weather at first, perhaps with some lingering wet and potentially windy conditions affecting the north.

“However, longer spells of dry and sunny weather may occasionally develop across all parts.

“Temperatures are generally likely to be warmer than average, although there is little indication of anything exceptional at this time.”