Fury as train passengers face largest fare rises in a DECADE: Costs could be hiked by 4.8% with average annual season ticket increasing by £150 to £3,295

Rail passengers could be hit by the largest fares rise in a decade with costs potentially being hiked by up to 4.8 per cent next year.

The potential increase, which has yet to be confirmed, could see the average annual season ticket price rise by £150 to £3,295 for commuters.

Increases are usually linked to the previous July’s Retail Prices Index (RPI) measure of inflation, which was confirmed as 3.8 per cent for July 2021 by the Office for National Statistics on Wednesday.

Critics called the potential increase ‘eye-watering’ while campaigners called for fares to be frozen in a bid to encourage passengers back onto trains after the pandemic.

No announcement has been made on what will happen to fares next year, but ticket prices in England and Wales rose by an average of around 2.6 per cent in March, representing RPI for July 2020 plus one percentage point. 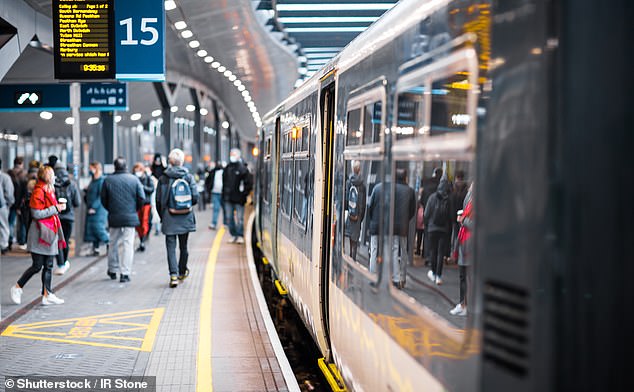 Britain’s train passengers could be hit by the largest fares rise in a decade as prices could potentially increase by 4.8 per cent bringing the average annual season ticket cost to £3,295

Increases are based on a possible rise of 4.8 per cent, which is July’s Retail Prices Index measure of inflation plus one percentage point.

This was the policy used for the 2021 rise in fares in England and Wales.

It does not include the price paid if within-London travelcards are also purchased for Tube and bus journeys in the capital.

The Scottish Government imposed smaller rises of 1.6 per cent and 0.6 per cent for peak and off-peak travel respectively.

A repeat of the policy in England and Wales next year would see fares rise by an average of 4.8 per cent, which would be the largest increase since 2012.

That would lead to hikes in the cost of annual season tickets such as:

If the increase goes ahead, the average annual season ticket price could rise by £150 to £3,295 for commuters.

Overall costs will have increased by £1,100 or 50 per cent in just over a decade.

The highest increase is projected to be on a season ticket between Birmingham and London Euston which could cost £12,044 next year, a rise of £4,016 since 2010.

Public transport fares in London are set to be hiked by 4.8 per cent in January, under the terms of the UK Government’s bailout of Transport for London which stated that RPI plus one percentage point must be used.

Rises in fares for mainline rail services across Britain are controlled by the UK, Scottish and Welsh governments.

A spokesman for the UK Government’s Department for Transport said: ‘No decision has been made on national rail fares.

‘The Government is considering a variety of options and we will announce our decision in due course.’

Rail fares are usually increased every January, but the coronavirus pandemic meant this year’s increase was delayed until March 1. 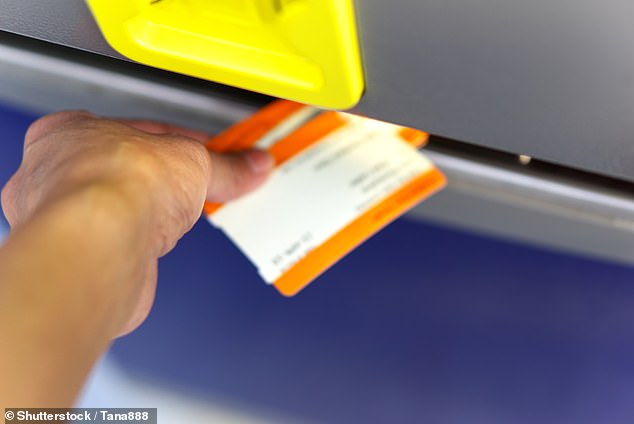 Analysis by the Labour Party indicated that next year average fares could rise to 50 per cent more than they were in 2010.

Shadow transport secretary Jim McMahon said: ‘Rail travel has long been unaffordable for many people, thanks to the Conservatives prioritising the profits of private companies over passengers.

‘This would be yet another eye-watering hike hot on the heels of the failure of the Government’s so-called money-saving flexi ticket scheme.’

Paul Tuohy, chief executive of pressure group Campaign for Better Transport, called for fares to be frozen to reduce carbon emissions and encourage commuters to return to towns and cities.

He said: ‘In the face of a climate emergency, the Government should be doing everything it can to encourage people to choose low-carbon public transport by making it the cheapest option, not hiking rail fares.’ 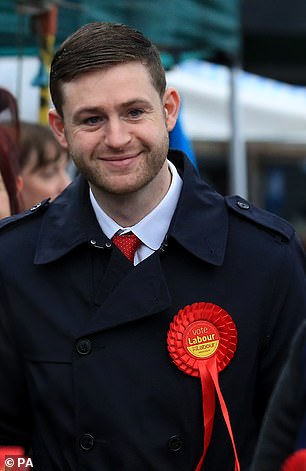 Robert Nisbet, director of nations and regions at industry body the Rail Delivery Group, said any decision on fares ‘should be viewed against the decade-long freeze in fuel duty and Government proposals to cut air passenger duty for domestic flights’.

Emma Gibson, director of passenger watchdog London TravelWatch, warned that fares in the capital ‘need to be affordable if people are to be tempted back to public transport’.

She added: ‘Many Londoners have already suffered financially as a result of the pandemic, so a 4.8 per cent fares increase is the last thing they will want to see.’

Fares for rail services in Northern Ireland are set by state-owned operator Translink, which does not use RPI.

Last month, it was revealed four in five long journeys in the UK cost more by train than by plane – by nearly three times the price in some cases.

The huge differences were revealed as airlines launch dozens of cheap domestic routes amid a boom in staycations this year.

Taking the train was more expensive in the majority of cases, Which? researchers found, with the average mark-up 49 per cent.

The biggest difference was for a return journey from Birmingham to Newquay, in Cornwall, with flights costing £67 and the train coming in at £180 – some 2.7 times more.

The consumer champion said the price advantage for flying is a disaster for the environment, given the huge amount of greenhouse gases created by flying.

How much will my train ticket cost next year? Key questions answered

Who determines how much more expensive my train ticket will be?

Britain’s fare rises are controlled by the UK, Scottish and Welsh governments.

How did they calculate the increases for this year?

Average rises in England and Wales were 2.6%, which was based on the previous July’s Retail Prices Index (RPI) measure of inflation plus one percentage point.

What about in Scotland?

What will happen next year?

No announcement has been made, but last month’s RPI figure was 3.8%.

What happens if RPI plus one percentage point is used again?

That would lead to an increase in fares of 4.8%, which would be the highest since 2012.

What do public transport campaigners say?

The Campaign for Better Transport is calling for fares to be frozen, to cut carbon emissions and encourage commuters to return. 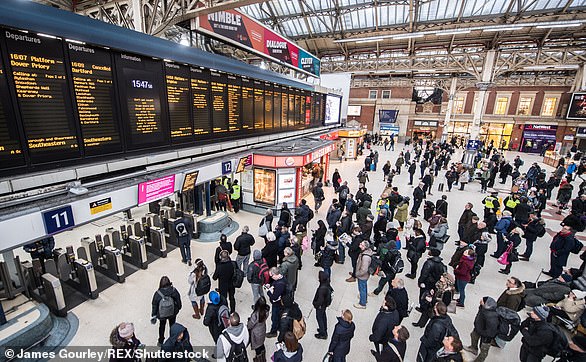 This year’s increase was calculated using the previous July’s Retail Prices Index (RPI) measure of inflation plus one percentage point which this year is at 3.8%, says the ONS

Is there a difference in who sets regulated and unregulated fares?

Governments regulate rises in around half of fares including season tickets on most commuter routes.

Before the coronavirus pandemic, operators controlled increases in other fares.

Governments now have control of all fares as a result of spending billions of pounds to take on firms’ financial liabilities during the virus crisis.

When are changes in fares implemented?

There has been no confirmation about what will happen to fares in 2022.

Fares usually become more expensive on the first working day of every year, but the 2021 rise was delayed until March 1 due to the pandemic.

How much more expensive has train travel become in recent years?

Where does the money go?

The Rail Delivery Group says 98p of every £1 spent on train tickets goes towards running and maintaining services.

Is there any way of avoiding a rise in fares?

Savvy commuters can renew their season tickets in the days before an annual increase.

Any other tips on limiting the cost of train travel?

Passengers can save money by getting a railcard, travelling off-peak and booking in advance – although these options are not available for many journeys, particularly those made by commuters.