BUENOS AIRES (Reuters) – British Prime Minister Theresa May said on Thursday she was focused on persuading lawmakers to back her EU divorce deal at a vote in parliament on Dec. 11 rather than preparing a plan B, accusing opponents of trying to betray voters over Brexit.

May secured an agreement with European Union leaders on Sunday that will see Britain leave the bloc on March 29 with continued close trade ties, but the odds look stacked against her getting it through a deeply divided British parliament.

The deal has been criticized by both euroskeptics and europhiles among May’s own Conservative Party. Opposition parties and the small Northern Irish party which props up May’s minority government have said they plan to vote against it.

“The focus of myself and the government is on the vote that is taking place on Dec. 11. We will be explaining to members of parliament why we believe that this is a good deal for the UK,” May told reporters on the plane to the G20 summit in Argentina when asked if she had a back-up plan.

May has said if lawmakers in parliament’s House of Commons reject the agreement it could see the world’s fifth-largest economy leaving the bloc without a deal, or not leaving at all.

On Wednesday, the Bank of England warned Britain risked suffering an even bigger hit to its economy than during the global financial crisis 10 years ago if it leaves the EU in the worst-case, no-deal Brexit scenario.

May said if her plan was voted down by parliament the government and businesses would have to make decisions about implementing preparations for no deal.

Asked in a BBC interview if she would seek a second vote, she declined to answer directly, repeating her comment that she was only focusing on the Dec. 11 vote.

Parliament will begin five days of debate on Dec. 4, with the final vote due a week later. The main opposition Labour Party and a cross-party group of senior lawmakers have put forward amendments to block May’s EU withdrawal deal and to rule out a no-deal Brexit. 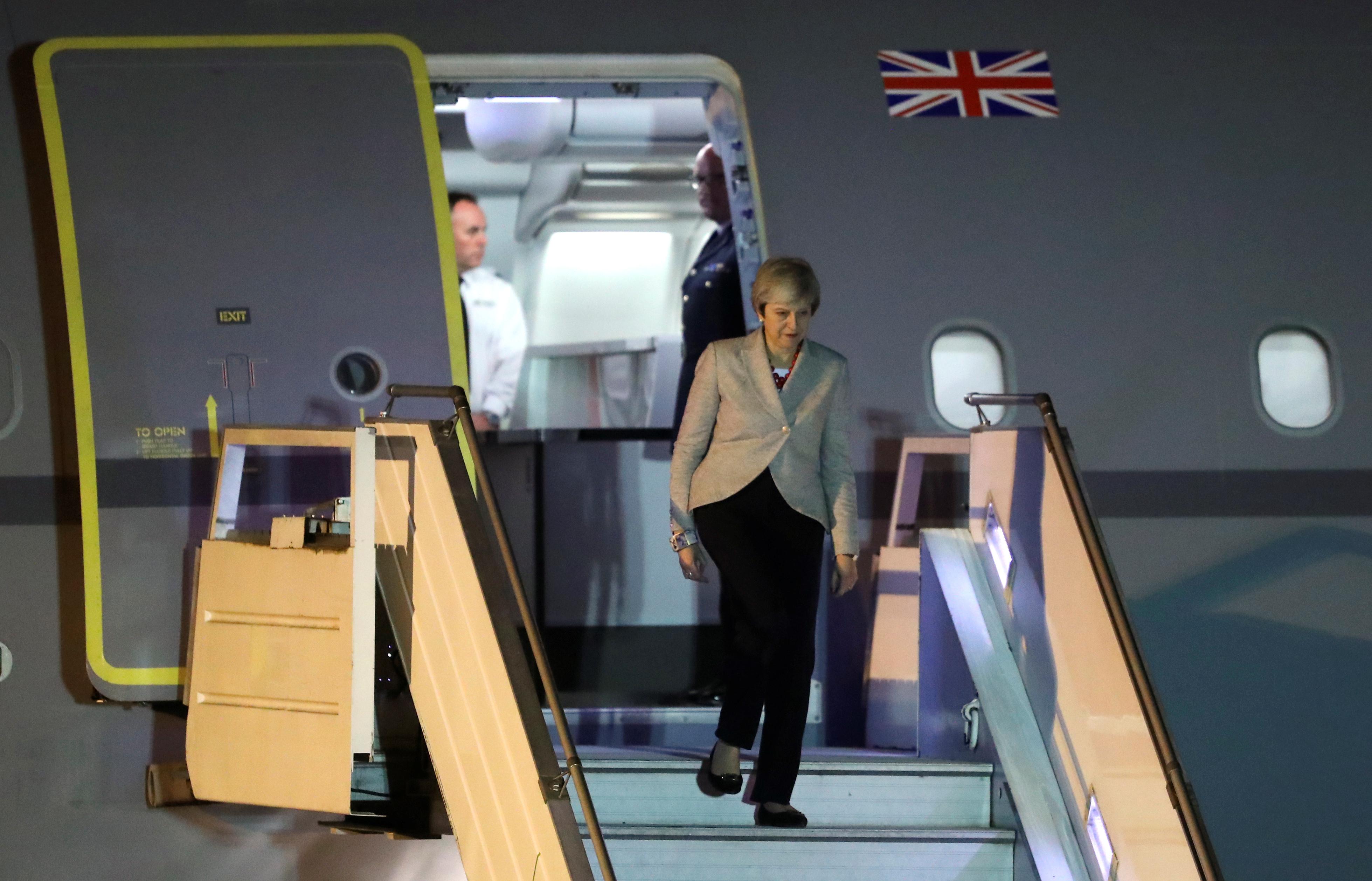 Pro-EU politicians hope rejection of the deal could pave the way for a second referendum. Lawmakers who back a clean break with the EU hope that if the deal is rejected, May will go back to Brussels to seek further concessions.

In the strongest comments yet that the bloc was unwilling to renegotiate further, European Council President Donald Tusk said the proposed deal was the best one possible.

“If this deal is rejected in the Commons, we are left with … an alternative: no deal or no Brexit at all. I want to reassure you that the EU is prepared for every scenario,” he told a news conference in Argentina on Friday.

Trade Minister Liam Fox said May’s attempts to win over Britons by touring the country to sell her deal was working.

“The prime minister has been changing the public mood, if you look at what’s been happening in polling there’s clearly a shift there,” Fox said.

May has faced questions as to why she is spending time selling her deal to the public rather than the lawmakers who will vote on it.

“We will be doing plenty of engagement in the coming days with colleagues to set out the merits and virtues of our case,” a senior source in her Conservative Party said. “In the lead up to what is a crucial vote, you will see more of that.”

In the meantime, May will push the case for reform of the World Trade Organization at the G20 summit of industrialized nations on Friday and Saturday, including increasing transparency, updating dispute settlement processes and promoting trade in services and digital alongside goods.

“We will take our independent seat at the WTO next year when we leave the European Union and we do see the need for reform,” she told reporters on the plane.

May is only the second British prime minister to travel to Argentina and the first to visit Buenos Aires, with whom Britain fought a war in 1982 over the British-ruled Falkland Islands in the South Atlantic which Argentina claims.

Britain is expected to announce that it will create a post of trade envoy to Buenos Aires following talks between May and Argentine President Mauricio Macri.