UK HOSPITAL admissions for coronavirus are at the highest level since July.

Graphs from tonight's press conference show how the intensive care units in London, the North East and North West are facing a "significant uptick" compared to the rest of the country. 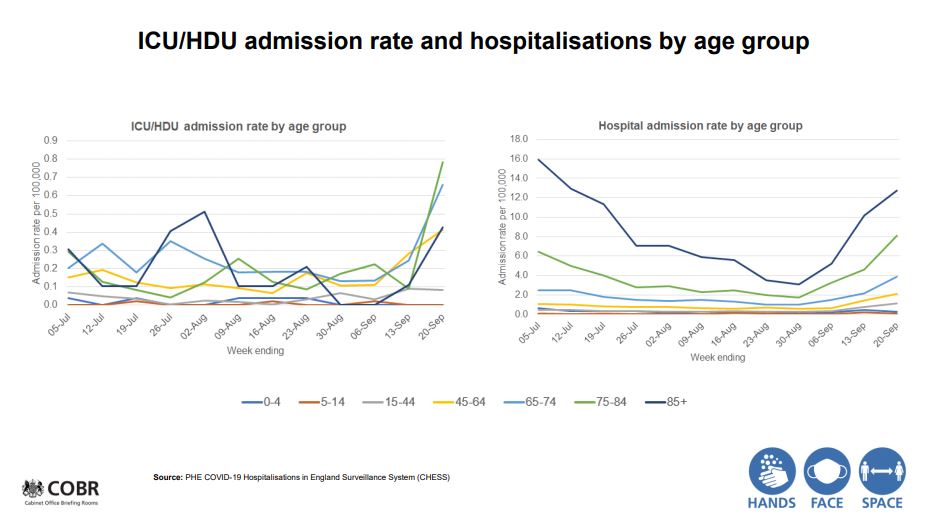 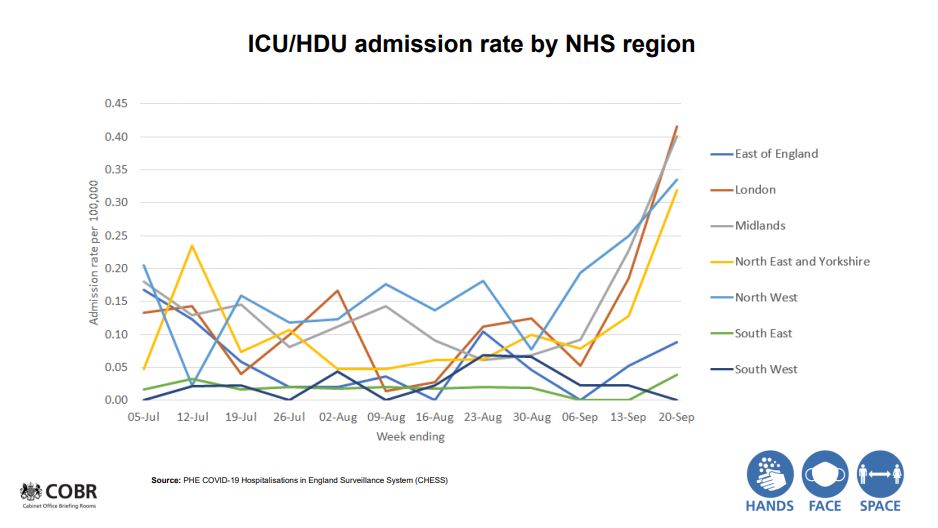 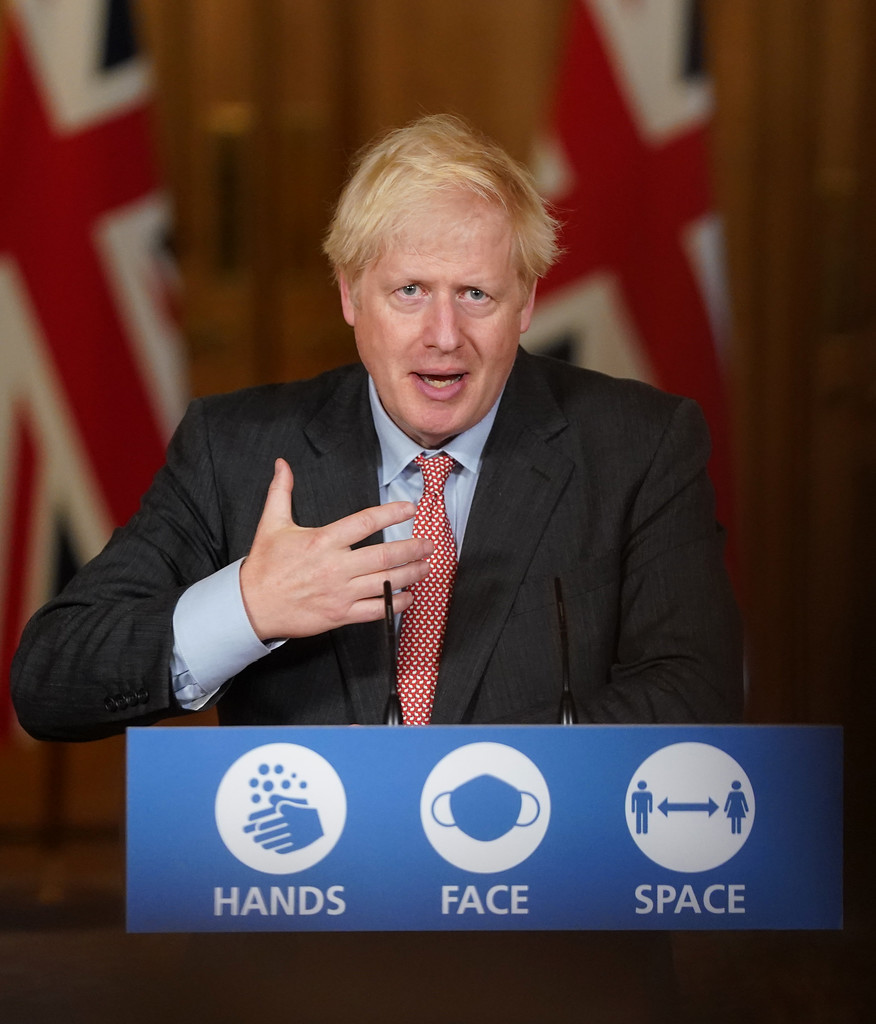 The latest graphs from the Government show that the majority of people in hospital and ICUs are over 75.

Covid-19 cases in London have risen above 3,000 a week, but ICU admissions for the killer bug in the capital are increasing at alarming rate.

Professor Chris Whitty said during tonight's press conference the North East, North West and London that there is an "significant uptick in the number of people entering intensive care".

He cautiously added that we "are definitely heading the wrong way".

He said: "This increase is accelerating quite rapidly in some of those areas."

But he said hospitalisation is rising, particularly in hotspots, though the figures remain "in a much lower level than at the beginning of April".

Professor Whitty added: "We are pointing out that the direction of travel for both hospitals and intensive care is going in the wrong direction, particularly in these areas that have seen rapid increases in cases."

The UK's top doc did reassure Brits by saying that although cases are rising again to still go to the GP and hospital if needed.

He explained in the graphs that older people are getting this and are the ones going to hospital and being transferred to intensive care.

Boris Johnson said tonight the spike in cases showed why the Government had been forced to bring in new restrictions.

He warned: "We will not hesitate to take further measures which would be more costly."

He said: "If we put in the work together now then we give ourselves the best possible chance of avoiding that outcome and avoiding further measures.

"I know some people will think we should give up and let the virus take its course despite the huge loss of life that would potentially entail.

Looking specifically at hospital admissions in the North East, PHE reports reveal there are 57 patients on ventilation in hospitals across the region battling Covid.

There are 426 patients in hospital.

PHE figures show that in total 18,107 people have been admitted to hospital in the North East with coronavirus since the start of the pandemic – that's around 72 daily admissions.

Two directors of public health today said a rise in cases in the region shows that it is essential that tougher restrictions are imposed on the area.

Alice Wiseman, DPH for Gateshead, said 40 people have needed hospital care for Covid-19 in the borough in the last two weeks, up from as few as four people in August.

Positive cases per 100,000 people had gone up in Gateshead from 15 during the last week in August to 146 last week.

Her counterpart for South Tyneside, Tom Hall also said people need to do their best to protect others.

Mr Hall said the "coronavirus is surging in our communities" and urged people to follow the guidance to protect the elderly and those who are vulnerable.

The figures from the North East are not dissimilar to London – where no areas of the capital currently face local lockdowns.

At present PHE figures show that there are 50 patients on ventilation and 263 in hospitals across London's boroughs.

In the North West there are 82 patients on ventilation and 612 people in hospital.