COVID deaths have dropped by a third in a fortnight after today's figures showed 165 more people died from the virus.

But cases rose by around 30 per cent in two weeks after another 42,484 people tested positive for coronavirus in the last 24 hours. 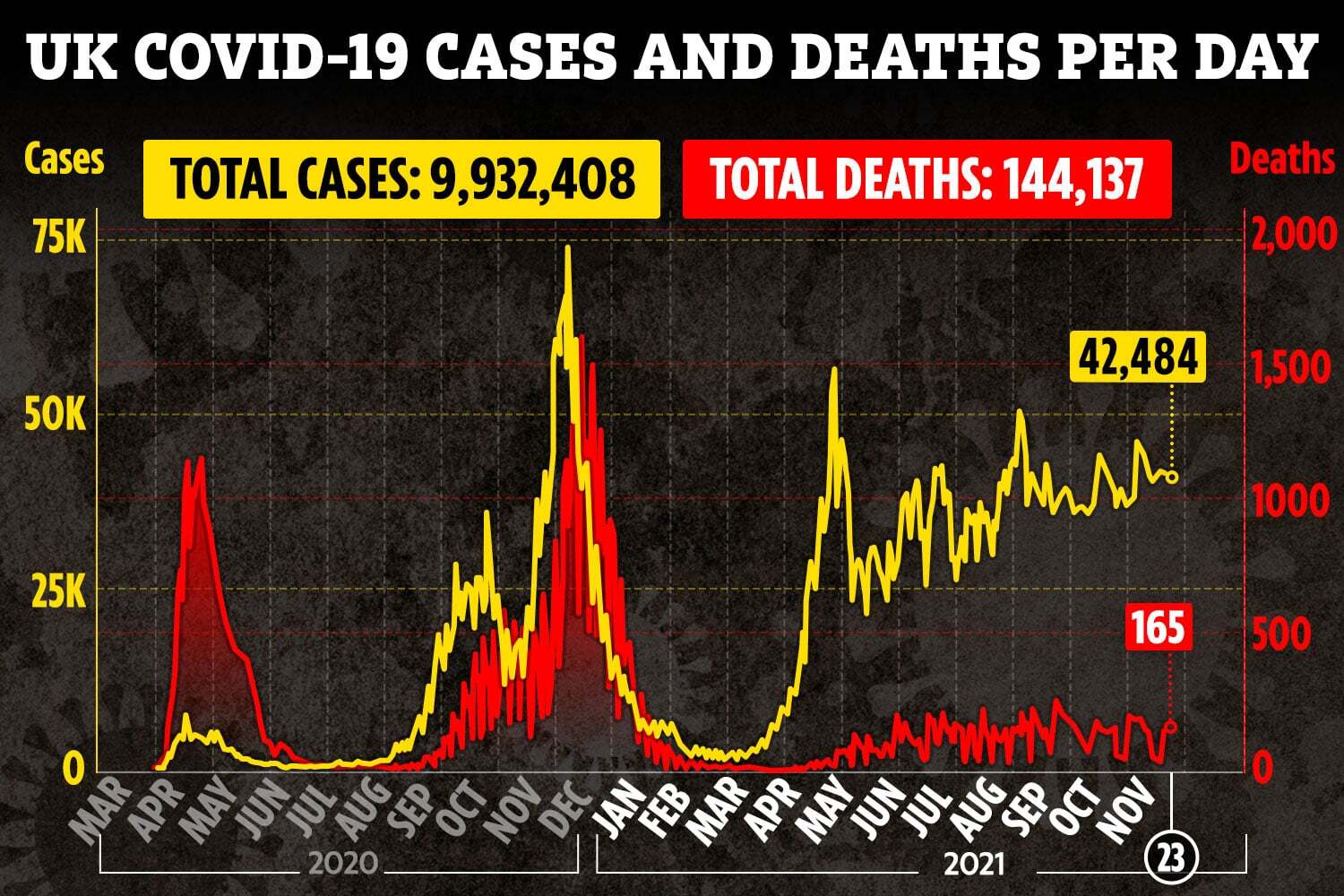 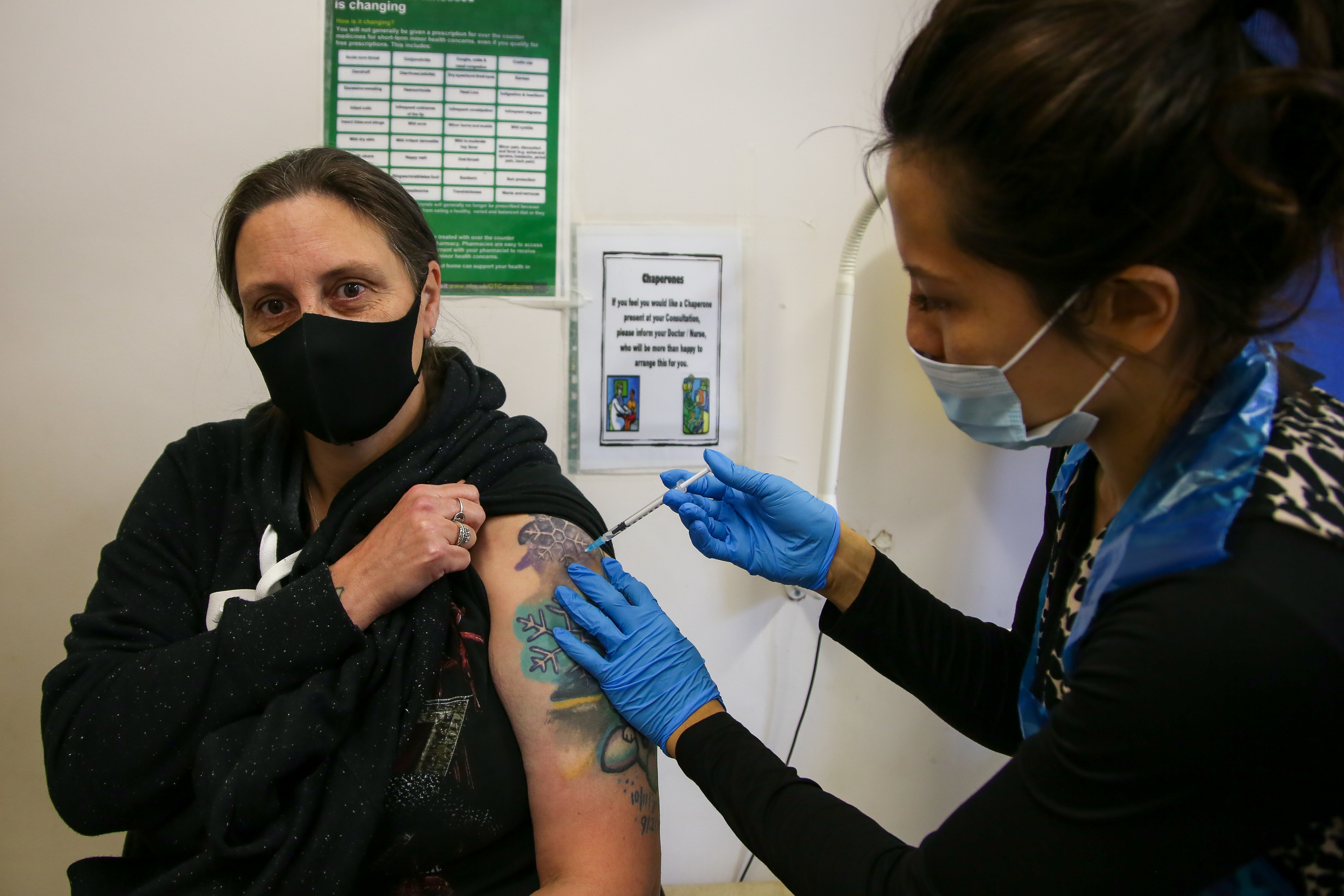 On Tuesday, November 9, there were 262 deaths and 33,117 cases reported in the UK, government data shows.

A further 23,258 first doses and 18,517 second doses were also administered meaning 88.3 per cent of people have been vaccinated at least once, with 80.3 per cent double jabbed.

It comes after researchers looked at vaccine responses before and after the boosters in 33 healthy middle-aged adults.

They had all got their second jabs on average around nine months previously.

Before getting the booster shots their antibody levels had plummeted almost ten-fold.

But by six to ten days after getting the top up, the antibody levels were up 25-fold, and five times higher than after two doses.

Yesterday the online booking service opened for people aged 40-49, to bag a slot six months after their second dose.

Teens aged 16-17 can also now book in for their second vaccine jab, to be even more protected against Covid.

Several countries are facing fresh lockdowns because infections are so high and hospitals are coming under strain due to the influx of admissions.

The UK has seen high Covid case numbers, but hasn't recorded drastic hospital admissions or deaths for months – although there are still hundreds of people becoming seriously unwell every day.

In the UK, this [AstraZeneca] vaccine was used to vaccinate older people. Whereas in Europe, people initially thought the vaccine didn't work in elderly people

Vaccines have largely broken the link between infections and severe illness that so strongly existed before.

Pascal Soriot, the chief executive officer of AstraZeneca, has suggested this is because the UK used the company’s Covid jab, created by Oxford University, to protect the elderly.

He told the BBC Radio 4 Today programme: “It's really interesting when you look at the UK – there was a big peak of infections, but not so many hospitalisations relative to Europe.

“In the UK, this vaccine was used to vaccinate older people. Whereas in Europe, people initially thought the vaccine didn't work in elderly people.”