THE number of people testing positive for Covid has surged by almost 75 per cent in just a week.

Another 27,125 Brits tested positive overnight, while 27 more have died of the deadly virus. 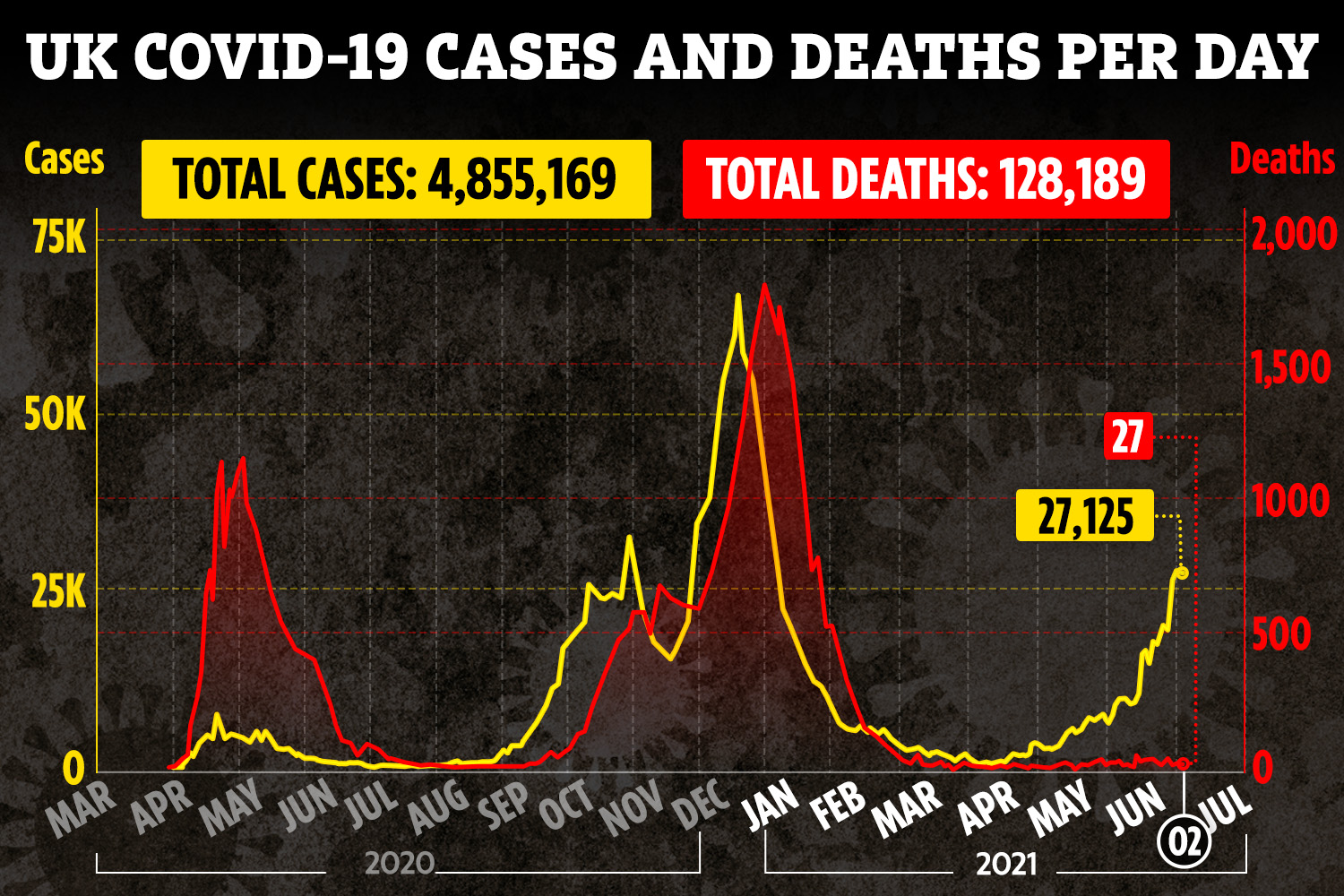 Meanwhile, the number of patients admitted to hospitals with coronavirus has also jumped by almost 17 per cent.

But the UK is set to continue preparing for 'freedom day' this month – after MPs vowed to continue with Boris Johnson's roadmap.

However, in brighter news, the official R rate has dropped slightly.

Sage scientists, who report to the Government, said today the R rate for England was 1.1 to 1.3, and as high as 1.6 in the South West.

Cases are the highest in people aged 17 to 24, the majority of whom aren't jabbed.

Around 1.7 per cent of people in that group tested positive in the most recent figures, compared with 0.1 per cent in over 70s.

And cases of the super-infectious Delta – or Indian – mutation have risen by more than 50,000 over the course of the past week.

Despite that, hospitalisations remain comparatively low – meaning the jabs roll-out has played its part in keeping Brits safe.

So far in the UK 44.8 million people have received a first dose of their coronavirus vaccine, and the NHS is on track to give every adult at least one dose by July 19. 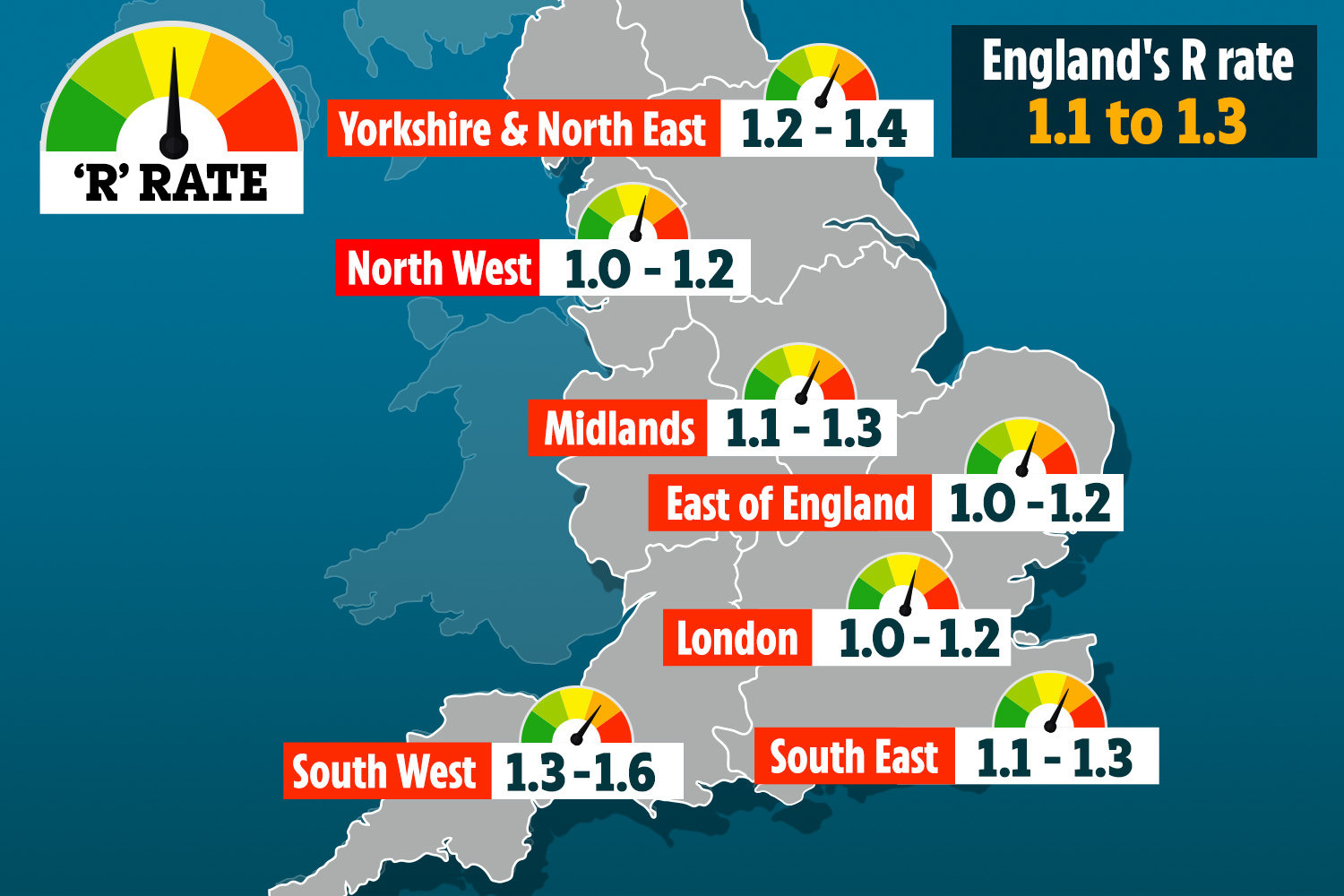 As a result, the PM is set to green-light the lifting of all restrictions in less than three weeks.

And he said: “The speed of that vaccine rollout has broken that link between infection and mortality and that’s an amazing thing.

“That gives us the scope, we think on the 19th to go ahead, cautiously, irreversibly."

But everyone must turn up for their second dose to keep hospitalisations low, he warned.

“Double jabs will be a liberator. I know people are impatient for us to open up faster. Of course, I want to do that," he said.

"We’re now in the final furlong, I really believe. We have to look very carefully at the data.

The Sun has learned that Mr Johnson's National Economy Recovery Taskforce have discussed a “maximalist” approach to stage four of the roadmap.

However, both measures will be kept under review.

It's likely masks will be binned in shops and pubs, but may be kept elsewhere.