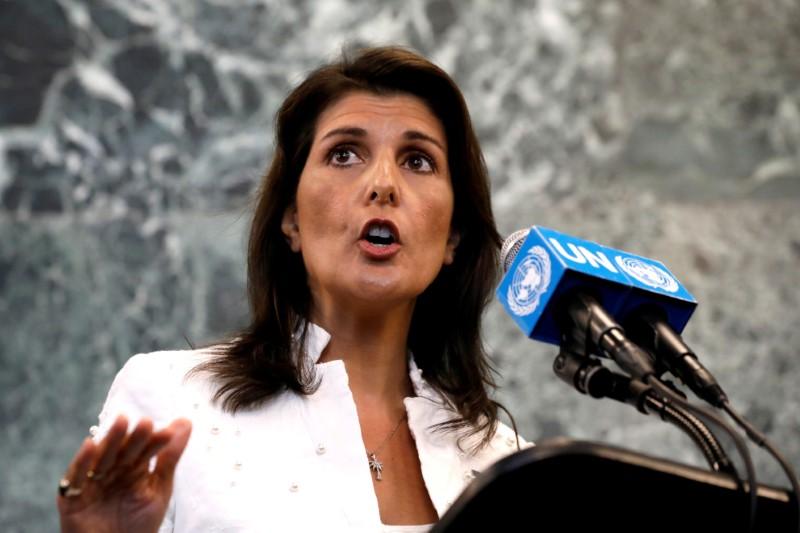 UNITED NATIONS (Reuters) – The U.S. Ambassador to the United Nations Nikki Haley said on Thursday that Russia wants to lift banking restrictions on North Korea put in place to try to curb Pyongyang’s nuclear program, but the United States would not let that happen.

“What they’re looking for is to lift banking restrictions,” Haley said after a closed-door security council meeting on North Korea sanctions also attended by Russia’s envoy.

She added that Russia had not followed the restrictions appropriately. “So now we know what their agenda is, we know exactly why they’re trying to do it and we’re not going to let it happen.”